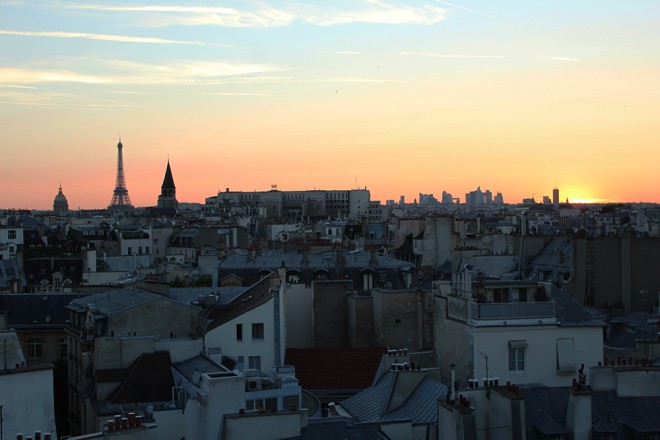 There is no less cheesy way to write the first paragraph of this post, is there? I will try anyway. We all know that Paris is known as the city of lights, capital of fashion, and of course, the city of love. But where did that come from? How has Paris become worldly known as the city of love? Well, there isn’t a simple way to explain that, as my research proved me, but among so many different explanations, I thought that the best one was given by Joan DeJean, on the book “How Paris Became Paris”.

Then, how did it all begin? How did Paris become the city of love? According to Joan DeJean, it started all the way back to the 17th century, the same time as the city was being modernized, with parks, boulevards, and so on. People who saw this evolvement started to say that “the new Paris was made for romance”. In 1835, Honoré de Balzac, for example, said once “love in Paris is totally unlike all other kinds of love”.

Oh well, of course no everyone agrees that Paris is romantic, even many Parisians don’t. But, should you have any doubts, pay a visit and try some of these 15 romantic things to do in Paris and see for yourself:

See the time go by at Île de la Cité 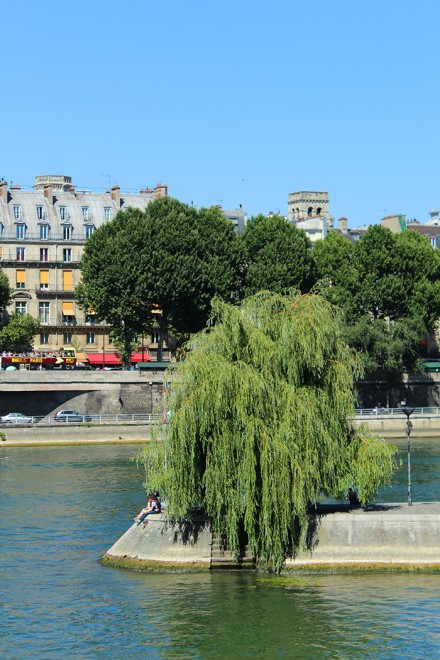 The Île de la Cité is one of the prettiest places in Paris to me. It is like a little escape from all the buzz of the city without leaving it, there you can just see the time pass by watching the boats, people crossing the Pont des Arts, admire the Louvre from afar, and think of all the possibilities to experience this city as a couple. Don’t forget to bring some wine. 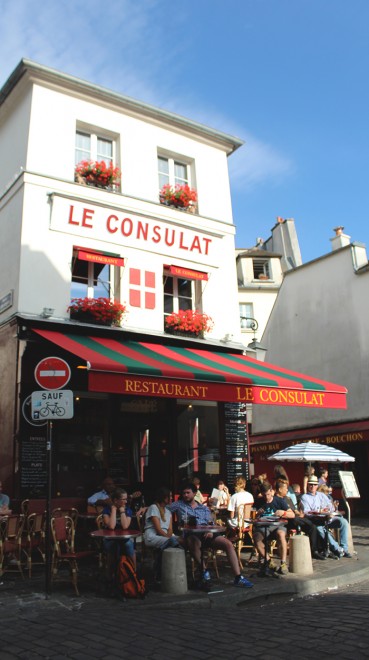 Speaking of wine, it has everything to do with Montmartre, where there seems like time has stopped. Where you can hear a guitar playing French music, sit at some of the oldest brasseries in town, and watch people pass by without a care in the world sipping that wine! For me, it is the most romantic area of Paris.

A boat ride on the Seine

That being at daylight or at nighttime, a simple ride, or a fancy dinner on board, a boat ride on the Seine is a must to give some extra sparkle to your romantic getaway to Paris. 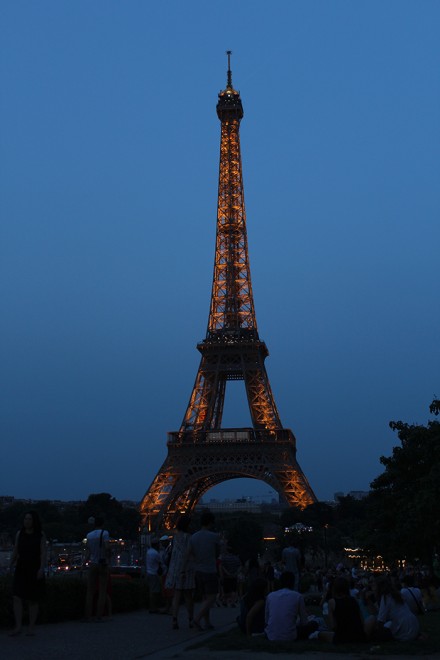 There are so many places in Paris where you can have a picnic together, at Trocadéro facing the Eiffel Tower, at Jardin du Luxemburg, Place des Vosges, to name a few. Grab a baguette, cheese and some wine, and have some fun.

A walk on the Champs Elysées 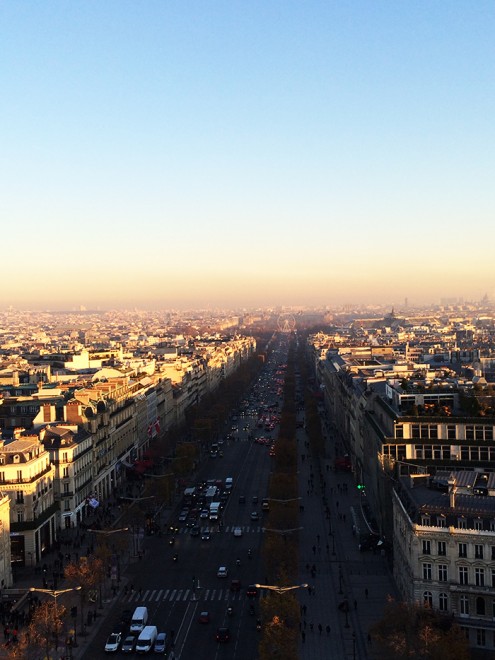 Forget the shopping part, sorry shopaholics, but I don’t really find shopping romantic, even in Paris. The Champs Elysées can be appreciated without having to pay a visit to any store, that being by walking from the Arc du Triomphe towards Place the La Concorde or vise versa. Depending on the season, there is an ice rink where you can go ice-skating, as well as a Christmas Markets to have some mulled wine. Maybe go up the Ferry Wheel?

A restaurant with a view 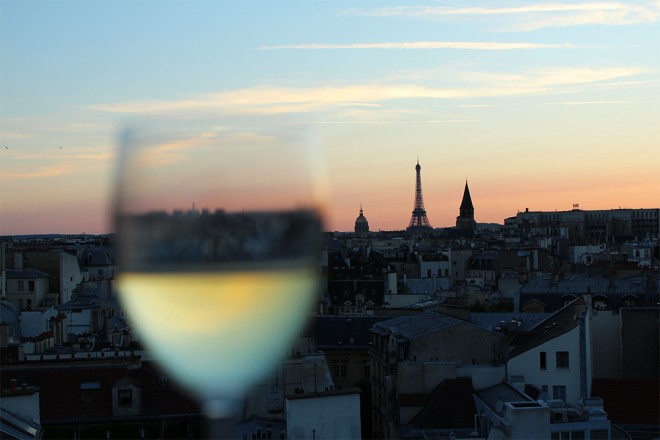 No romantic trip is complete without a nice place to enjoy a meal together, if there is a view to contemplate, even better. It can be anywhere, doesn’t have to be high up or expensive, just a place where you both feel comfortable and enjoy a meal together overlooking the city from anywhere.

Lie on the grass of Le Jardin du Luxemburg 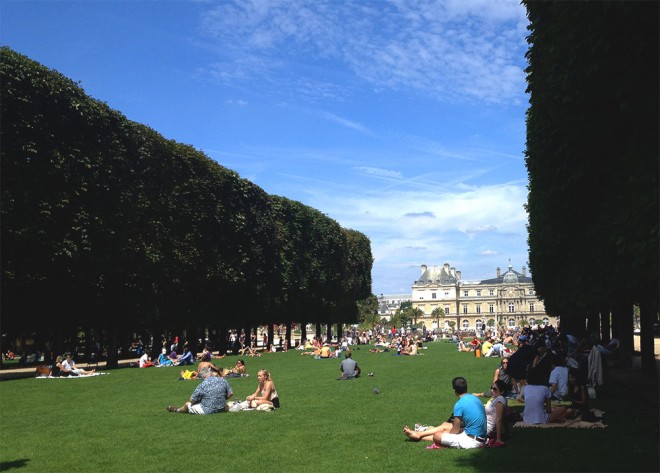 Because even the most active couple needs a break in the city of love, besides, lying on the grass is romantic. Isn’t it? In any case, my choice is always Le Jardin du Luxemburg – if I’m around of course. 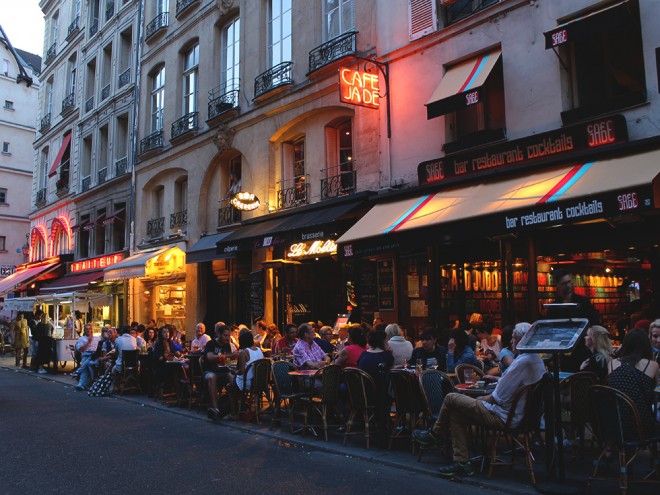 Of course, that is after you explored the neighborhood, which is nothing less than one of the most romantics in town. A great place to start is Rue de Buci.

See the city from above 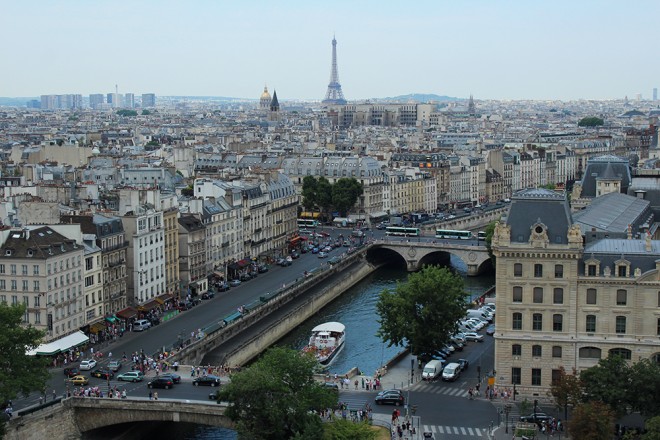 Yes, please! That is just to make you fall in love even more with the city of love. This is such a must that I have made a list of some of the best places to see Paris from above. 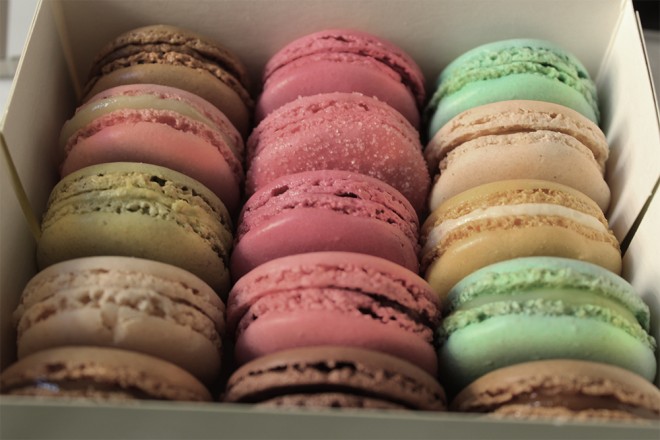 No need to be fancy, get a champagne bottle at the supermarket and the macarons you can get at basically any pâtisserie. But, if you like to take the plunge, just get a box from the best in the world, Ladurée. 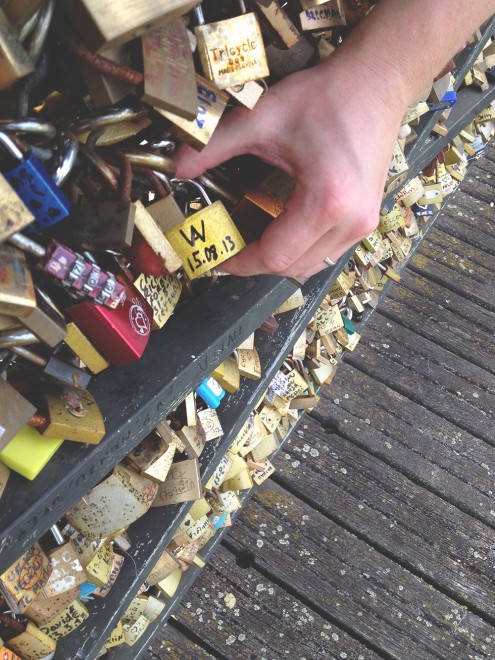 Very cliché, but it was in Paris where it all began, and even though the original bridge of padlocks (Pont des Arts) is closed for this purpose, there are still other bridges in town where you can do this. However, last time I was in town (2015) the city was trying to influence people not to do that on the bridges in order to preserve them, so some had the idea of hanging padlocks anywhere where they fit, not only on bridges.

I honestly like the idea of hanging padlocks, wherever that may be, at least you are scratching trees or important walls of the place. While I was in Paris with W in 2013, we attached a padlock at the Pont des Arts, and a few months later I returned and found our padlock there, it was such a great feeling. Of course, it’s no longer there as they emptied the bridge last year. 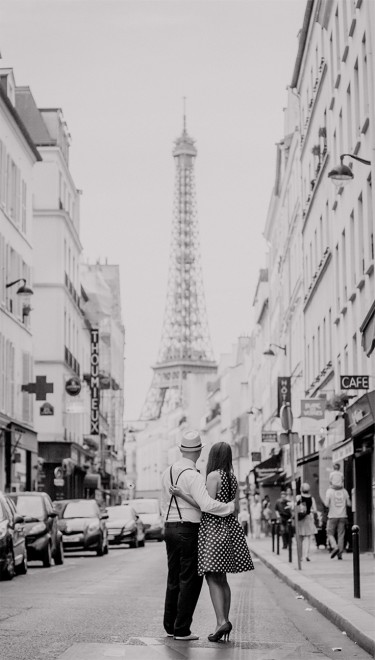 A romantic photo shoot in the city of love is a very special way to keep the memory of your time together in Paris, not to mention, you will end up having fun by the time you finish it. Do a little research on photographers whose style you like, and book a day or even a morning to do your photo shoot.

Have a French breakfast in a traditional Brasserie 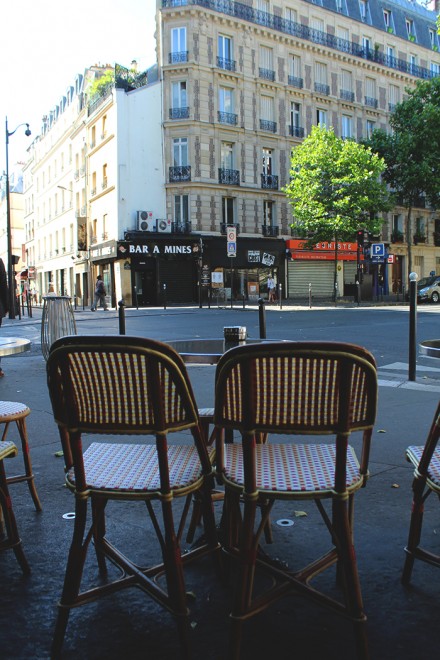 Such a great way to start your day, especially if it’s in Paris with someone you love. Pick a brasserie, it can be any you find around, sit down and have a French breakfast, enjoying your time together. 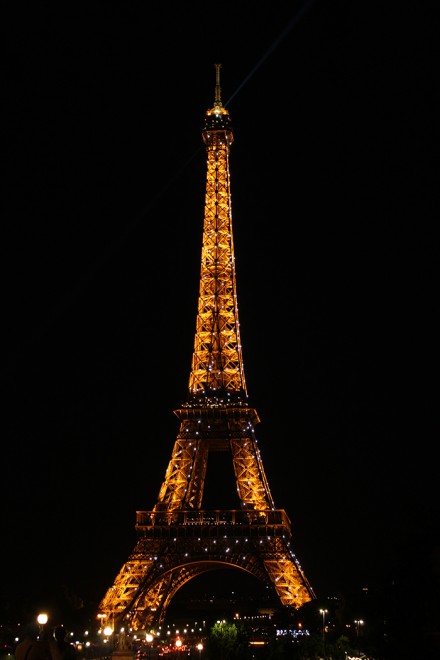 No romantic trip to Paris is complete without the Eiffel Tower. I don’t mean only going up there, but to dedicate a moment to just sit down somewhere and contemplate the iron tower that became a symbol of romance.

French kiss anywhere and say I love you everywhere

Just kiss, kiss and kiss, anywhere, because in France it’s normal to do it in public without people staring. And say I love you. Everywhere.

I honestly think that this list can go on and on, but I also think that these 15 items are enough to keep you busy in the city of love for a while. 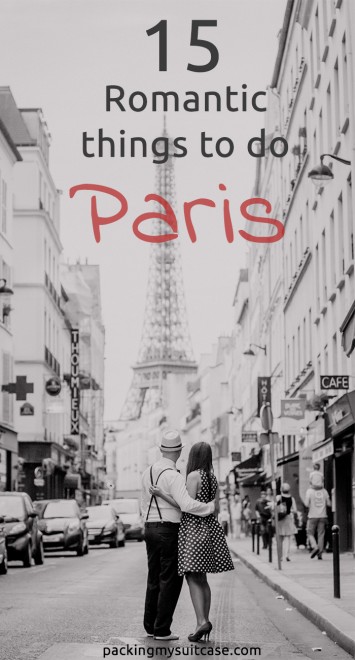