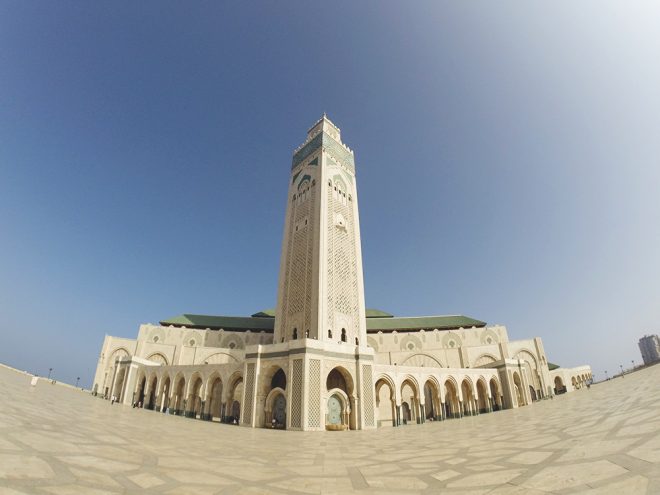 Every time I thought of a trip to Morocco, Casablanca was on the itinerary. I mean, how could you not go to Casablanca when in Morocco? That was always my question, despite often hearing people saying that there was nothing to see. After taking many aspects into consideration, W. and I decided that it was worth it including the city on our Morocco itinerary, but that 24 hours in Casablanca would be enough, and now, looking back, I do think it was.

Casablanca is the largest city in Morocco, with over 3 million inhabitants, and it’s the financial and business center of the country. The city became worldwide famous because of the movie with the same name, but in reality, the Casablanca from the movie is not what you will find once you’re there. The city nowadays is busy with traffic, modern, and in my opinion, very Americanized, especially its shopping malls, where the majority of the brands and food chains are American.

Getting there and around

We arrived in Casablanca from Marrakech by train, where we stayed 24 hours before leaving to Tanger. If you plan on arriving by train, know that there are two stations, Casa Voyageur and Casa Port. The first is the oldest one, and from where most trains leave, the second is new and very modern, and its closer to the city center, though not every train stops there. Otherwise, of course, there are several international direct flights to the city.

The best way to get around Casablanca is by taxi, unless you have a rental car or hired a specific transportation service. The city is big, one tourist attraction is not so close to the other, and walking might be just too much from A to B.

Things to do in Casablanca

In 24 hours we managed to visit everything we wanted, despite being slowed down by a cold I caught. Here are some of Casablanca highlights: 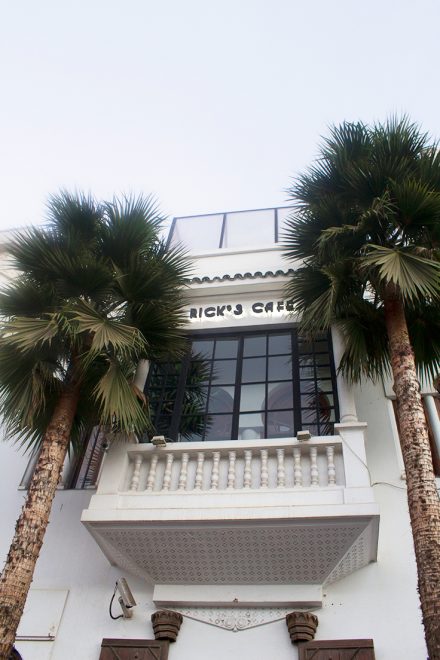 If you watched the Casablanca movie, you definitely remember that the main scenes happened in a café. Well, in reality that café doesn’t exist, but an identical place was created in the city, and it’s open for everyone who would love to experience a low light dinner at the sound of a piano playing “As time goes by”.

Rick’s Café is exactly how the one in the movie is, the decoration is beautiful, a TV displays scenes of the movie, the food is amazing, the atmosphere is incredible, and at 20:00 the piano is played. We loved the experience, and thought it was the highlight of our stay in Casablanca. When in town, you HAVE to go there. Make sure you make a reservation. 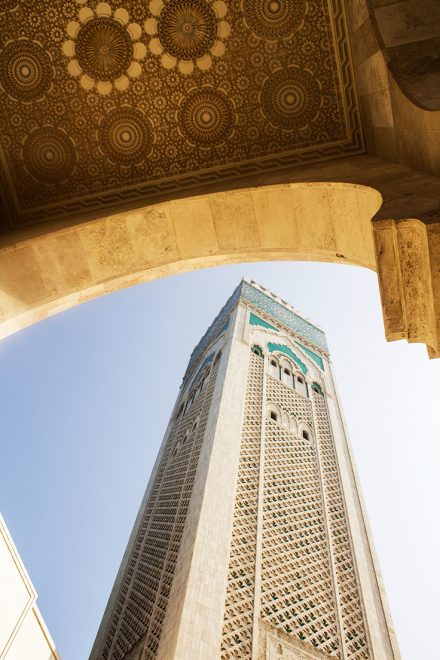 The 13th largest Mosque in the world, and the largest of Morocco, the Hassan II Mosque is an incredible place, and one of the only Mosques in the world to allow non-Muslims. It is located right next to the sea, with a stunning architecture and an openable rooftop! The visit is made with a guide, outside the prayer times. There is no need to make a reservation, you just go to the Mosque, find the selling point and pick the tour you like in your preferred language.

– There are only a few tours per day in each language. From 9am, there is one every hour in the morning, and the last one is at 4pm.
– Tips for women: take a scarf, you will be asked to cover your shoulders to enter the Mosque. 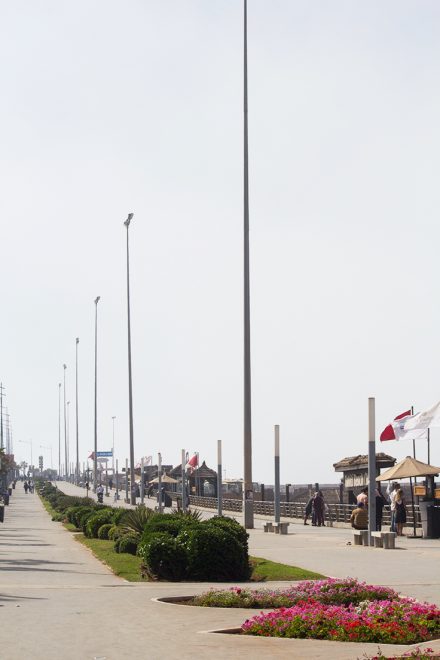 It is the beach promenade of the city, where you can find restaurants, bars and beach clubs to enjoy your time. Nearby there are also shopping malls and the hotel resorts. Unfortunately, we weren’t so lucky when we went there, as suddenly the promenade was covered in mist and you just couldn’t see anything. 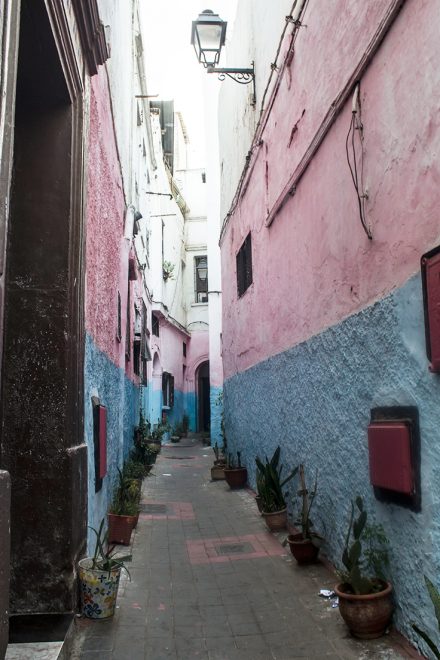 In Morocco, the old medina of Casablanca was not my favorite. Despite the buildings being colorful and old, it wasn’t what I expected at all. However, it is a must see. My only advice is: try to go with a tour or a group, and avoid going at the end of the day. Also, be careful while taking pictures, as some people can get really annoyed. 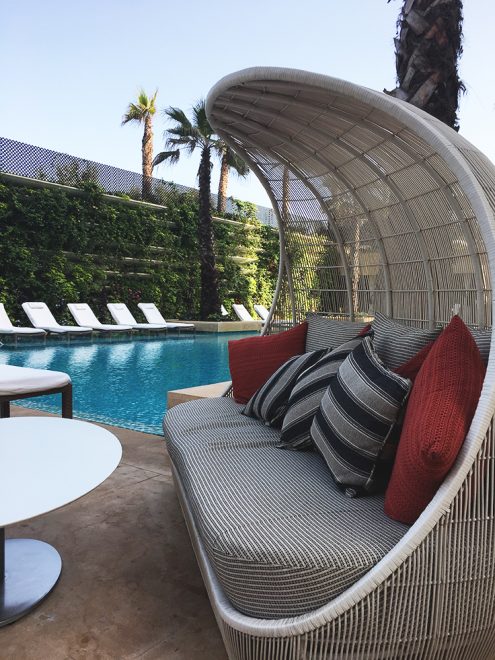 We stayed at the wonderful Four Seasons Hotel Casablanca and couldn’t recommend more. The hotel is located at La Corniche and right in front of the beach, with a shopping mall right next to it.

Be prepared to negotiate with the taxi drivers like in no other town. The local taxi drivers charge differently for the same route, and at night they say it costs double. Also, if you tell them you are staying in a 5 star hotel, be sure that you will pay more for the ride.

Is it worth it visiting Casablanca?

I don’t regret going there, I’m happy I could finally see it with my own eyes and be able to form my own opinion about the city. It was definitely worth it going to Rick’s Café and visiting the Hassan II Mosque. Would I ever return? I don’t think so. 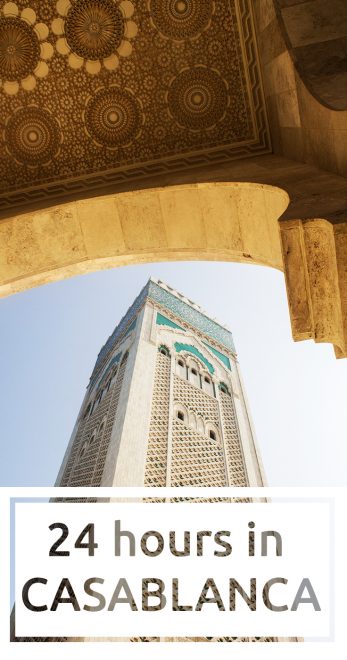