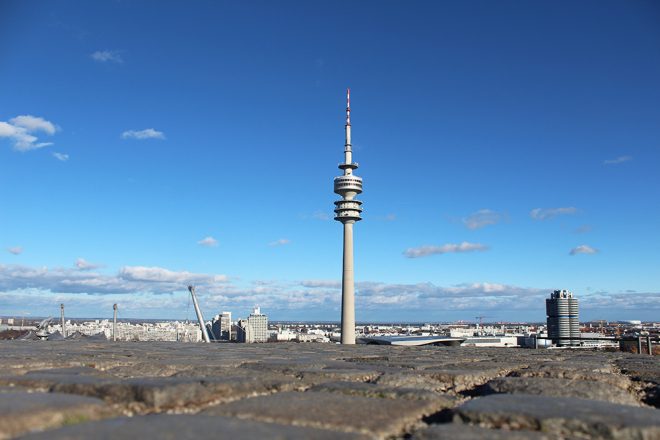 There is no better way to experience a city than by joining the locals. It helps you to see the place from another perspective, it allows you to discover it in a different way, and it puts you in touch with the local culture, giving you an idea of how it’s like to live in that city.

I often say that a tourist is not a traveler. The first, is interested only on visiting the landmarks and main tourist attractions of a given place, the latter also shares this same interest, but goes beyond it. The traveler is also interested on the local culture, eager to learn about and from it, it’s tempted to experience it as a local, and knows to respect the cultural differences.

As everyone else in the world, Munich’s locals also have their favorite activities for the free time, some for the colder months, other for the warmer months. Whether you are a traveler stopping by or recently moved to the city, here are the most beloved activities by the locals and how you can enjoy Munich like a local, precious information that will help you have an idea of how life around here is, or help you get integrated with the locals faster:

Going to a Biergarten

After work or on the weekends on a warm day, there is nothing like having a beer at a Biergarten for a Münchener. There are dozens in town, options are endless, and it doesn’t need to be a fancy one. 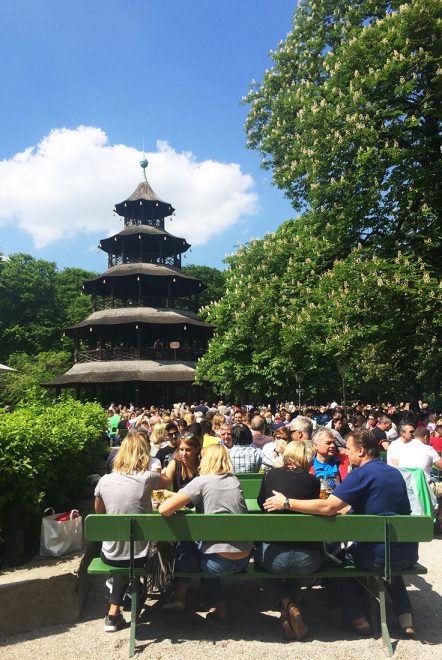 On warmer days anyone can tell where there is an ice cream store in town just because of the lines. On cold days the lines are shorter, but it’s still something the locals love doing, no matter the outside temperature.

Or better saying, grillen. Barbecuing is a beloved activity across the entire country, and here in Munich people are crazy about it. Warmer days calls for a barbecue, by the Isar river, in the park, in the garden or anywhere where it’s allowed. Steaks, sausages, cheese, garlic bread, and beer, the perfect combination for the locals. 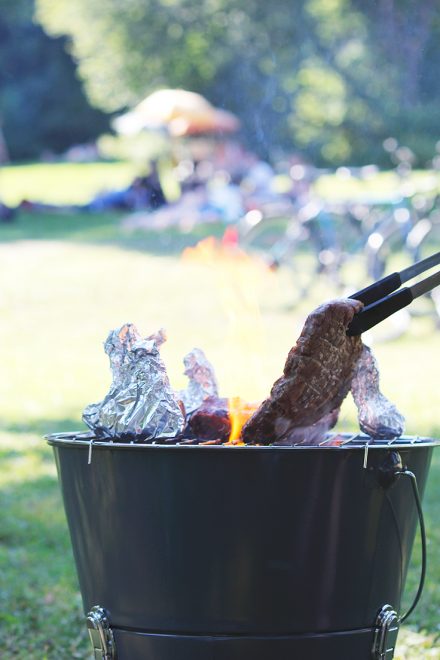 Munich is a very bike friendly city and people ride bikes around here whether there is rain or snow, for fun or as the main source of transportation. City bikes, sports bikes, vintage or modern, bikes are everywhere in town, on warmer days there is even traffic jam of bikes. Yup!

A local will hardly say no to a brunch invitation. Sunday brunch I hear you ask? Impossible to say no, the only problem will be to decide where to go, as there are amazing options for everyone’s taste. 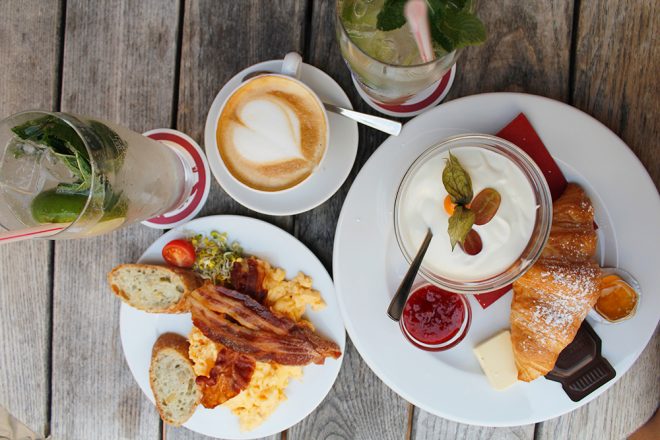 Going to a Freibad or Hallenbad

Freibad is an outdoor pool and Hallenbad is an indoor pool, they fall under the category Volksbad, which is basically a pool club. Both are opened to the public for a small fee, where you can enjoy the pools, saunas, bathrooms, showers and more. In Munich there are many and the locals love them. During summer, Freibad, during winter, Hallenbad.

Going to the park

Going to parks is something the locals love doing, no matter the season and outside temperature. Of course, on summer days even more. For photographing, to play with the kids or the dogs, to read a book under a tree, to get tanned, to surf (yup), for a picnic, jogging, skating, playing with snow, the possibilities are many! 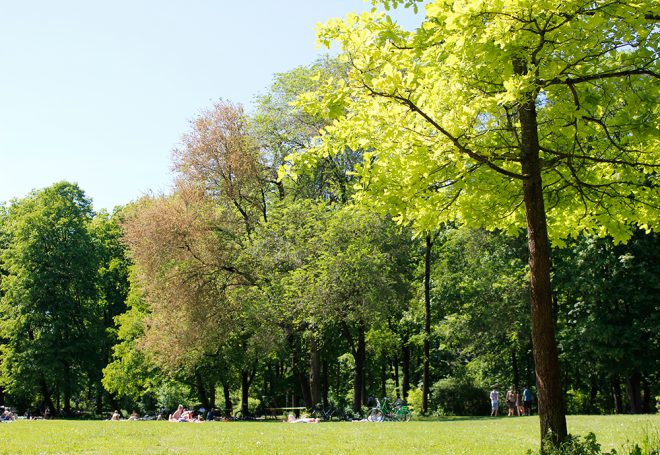 Müncheners are huge fans of having dinner out and trying new restaurants and cuisines. In town you find any type of restaurant you might imagine, from Brazilian to Indian, Japanese to American. For them each time could be in a different place, and they love discussing restaurants recommendations among their friends.

Sitting by the Isar

The beautiful river that crosses the city is a beloved place among the locals to meet with friends, to swim, to play, to get tanned, for a beautiful view, to make barbecue and to have some relaxed time. 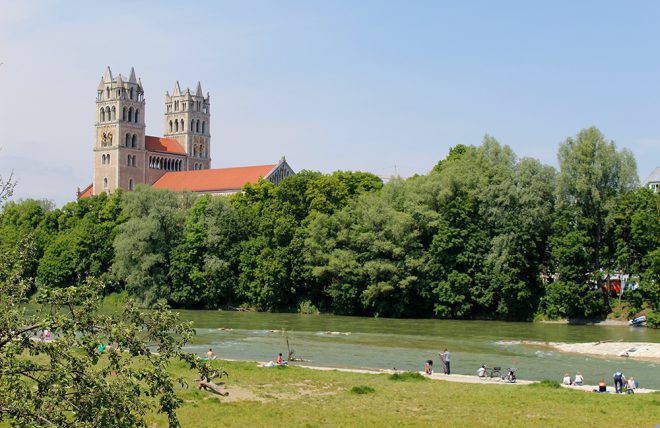 Shopping at the old town

The majority of Müncheners actually prefer going shopping in the old town than in a shopping mall. Kaufingerstr., one of the streets that leads to Marienplatz, is the most popular street for shopping in Munich.

Going to the lakes

In and around Munich there are many incredibly beautiful lakes, and the locals just loooove to go to a lake on the weekends. Some of the most popular ones are: Starnbergersee, Ammersee, Walchensee, Lerchenauersee, Feldmochingersee among others. 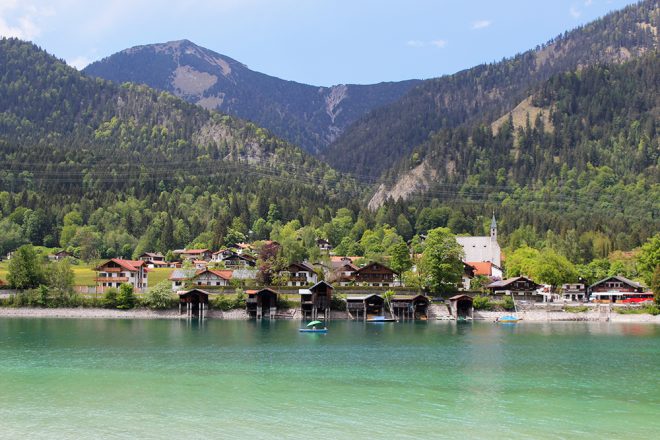 Having a get together at home

Oh yes, especially in the colder months when most people stay inside, a get together at home is very common. The locals love to organize dinners and invite their friends over.

Locals also do love nightlife, and like to go partying in some of the many city’s clubs or having cocktails in one of the hundreds of bars in town. Some of the most popular clubs are P1 and Pacha, and bars are 089 Bar, MilchUndBar, and Barschwein.

Going to a festival

Many festivals happen in Munich throughout the year, from the Starkbierfest in February/March, to the Oktoberfest in September/October, from the Tollwood in July to the Christmas Markets in December. The locals love a festival, and there are plenty for everyone to have fun all year long. 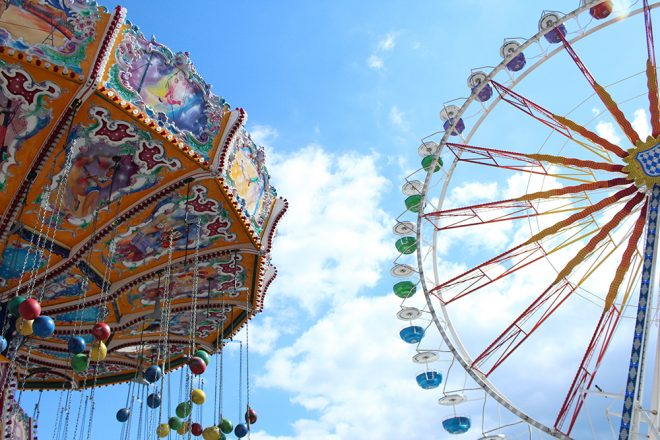 Chilin in a cabriole or old timer

Whoever owns a cabriole or an old timer in Munich just needs a sunny day to get about the city. Whoever doesn’t own none of them, just get to be jealous. 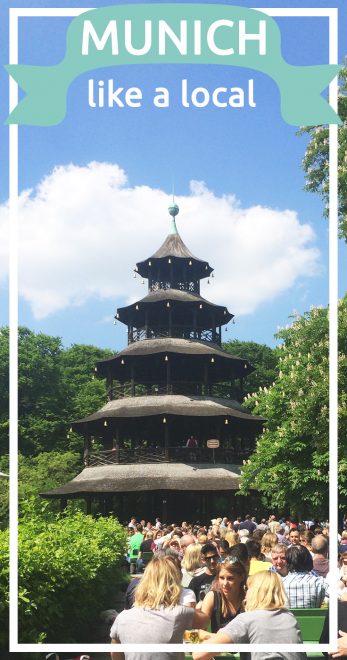