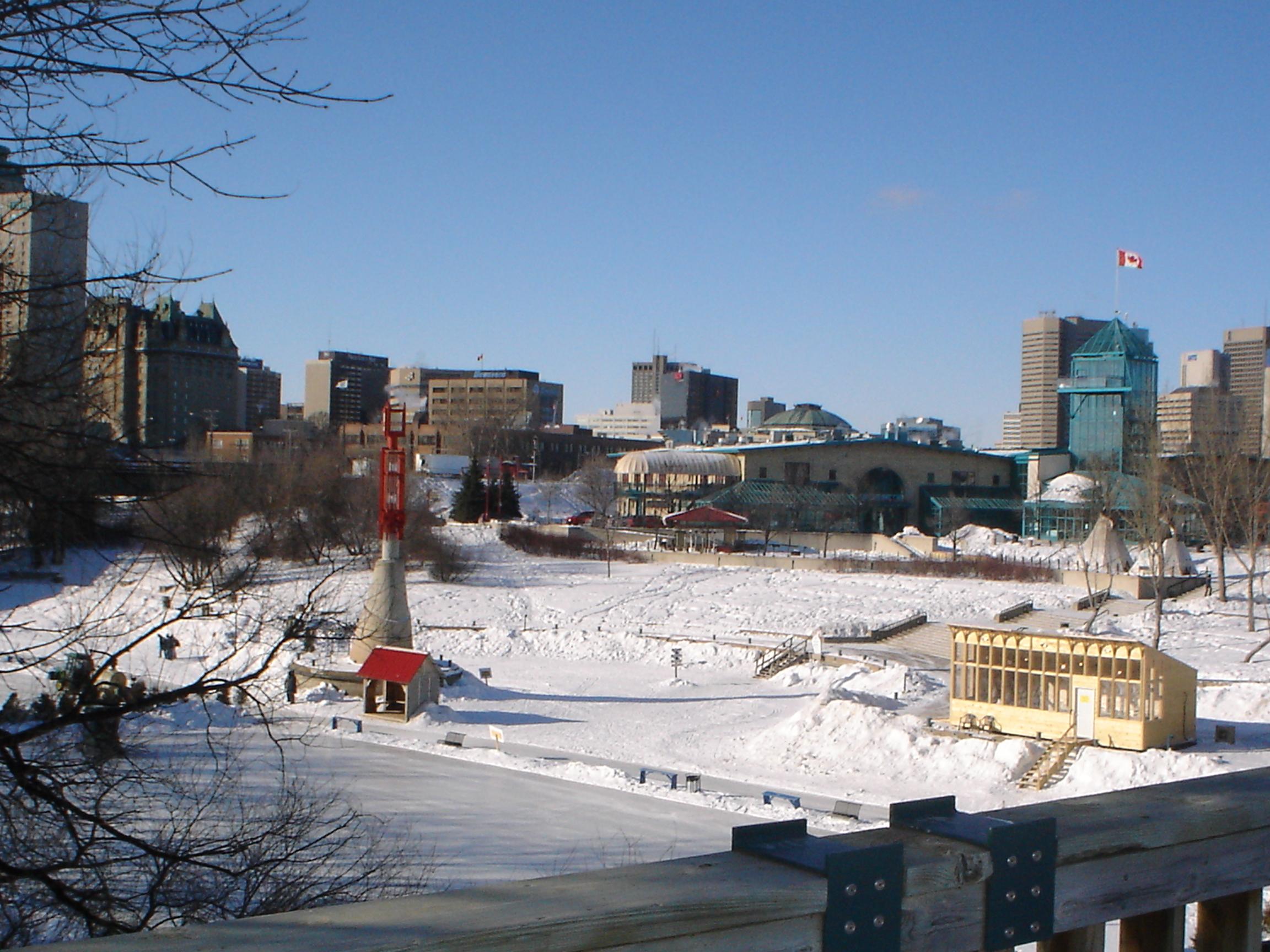 As soon as I arrived in Toronto’s international airport, I headed to the immigration section together with other students. My English was not good back then, but it was enough to understand that the immigration officer made fun of me after I told him I was going to live in Winnipeg for 1 year. That was the first time I heard the famous joke: ohhh you mean WINTERpeg! Little I knew what was behind this joke that didn’t seem so funny that day.

On my first week in Winnipeg, the school division responsible for the exchange students gathered everyone new in that semester for an orientation meeting. We discussed about important details of how our year would be… and winter was among the topics. I will never forget that day, when I received a brochure with a freezing guy on the cover, and a series of tips of how to deal with the hash winter of Winnipeg. I kid you not!

Of course that the first thing I learned is that wind chill is what really matters when one needs to know the real outside temperature. It didn’t matter if the thermometer showed -10C when outside could be -30C with wind chill. 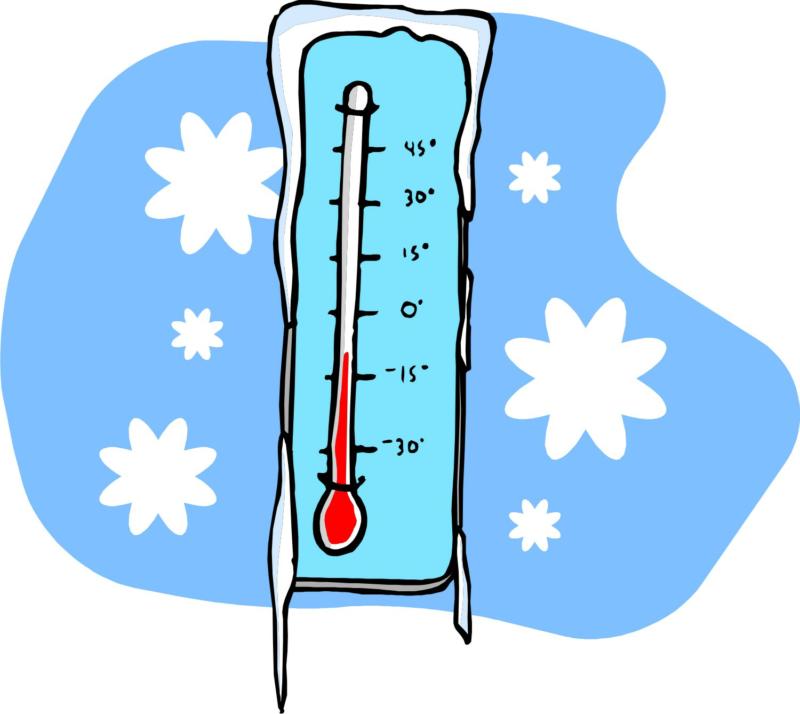 It was cold! Very cold…

I still remember how happy I was when I saw snow for the first time… it was mid October. After that day, the snow only went away in April! If only I knew how much I would hate that white thing after 6 months! 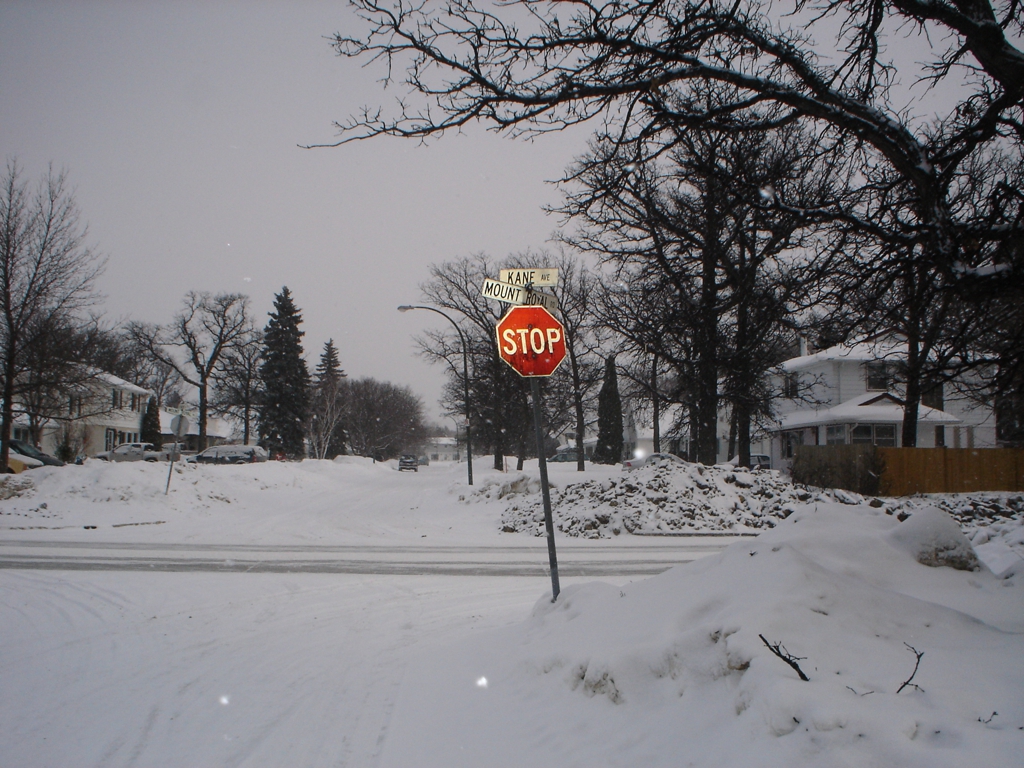 “You haven’t seen anything yet”

That is the phrase I heard for 2 months from my English teacher every morning, when the temperature was somewhere around -36C. I guess the way I dressed intrigued him, and somehow he knew I “haven’t seen anything yet”. I just couldn’t believe him. Until one day, sometime in the first weeks of January, the temperature with wind chill reached -51C. 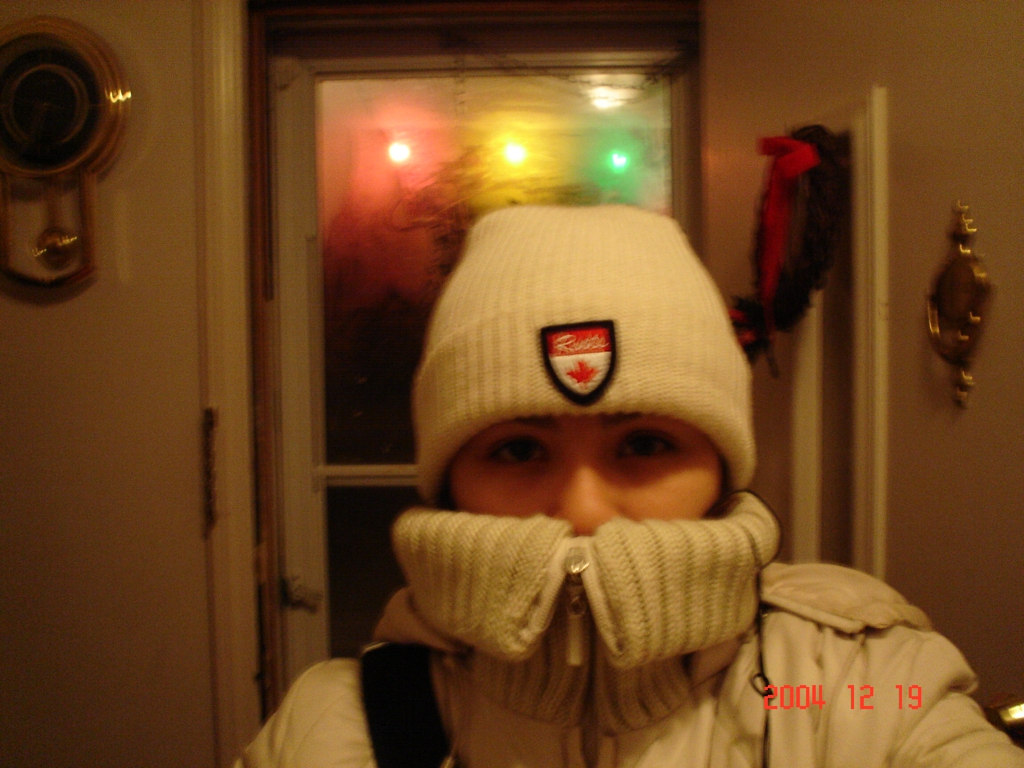 But in reality this is how I truly felt like… 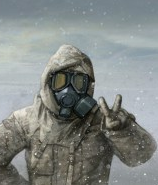 Dealing with the consequences

Does -51C seem ok for you?! Don’t worry, that is not the only problem about a winter so cold like this. Together with this kind of temperature, when outside you will have a running nose, teary eyes – sometimes these tears will freeze – it will be so cold that breathing will be hard when the freezing air makes its way to your lungs, without gloves your hands will simply dry and freeze, the skin around your mouth will get so dry with time that if not taken care of, it will bleed. Waking up in the morning? HA HA HA… it’s torture! 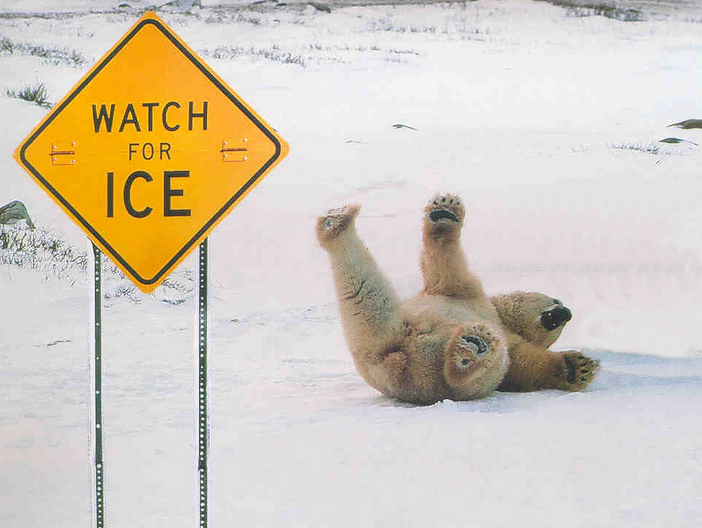 It did hurt! One of these times I broke a heel, the other I fell in the middle of an avenue and even the driver laughed at me. It happens… to everyone. I laughed, what else could I have done? Hate the winter? I already did that!

Ohh, did I mention that you should not leave the house with wet hair? I learned that in the hard way…

You know what is not so funny? Life in Winnipeg during winter goes on normally, everything works… the bus: even though sometimes when it finally arrives you are already frozen. The school: I envied my friends living in the North of the US when their classes got canceled because of snow. What? 1 year in Winnipeg that never happened!

Ohh, have you ever heard of Slurpee? They keep drinking it… indoor or outdoor. 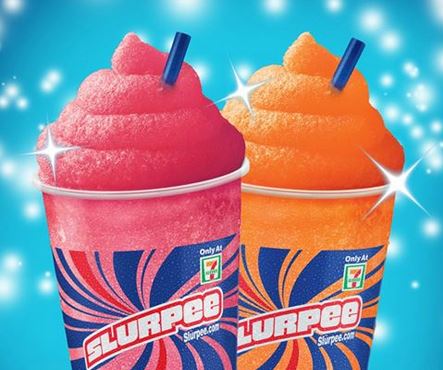 How did a Brazilian survive a winter in Winnipeg?

At the end, I even had ice cream and Slurpees outside! 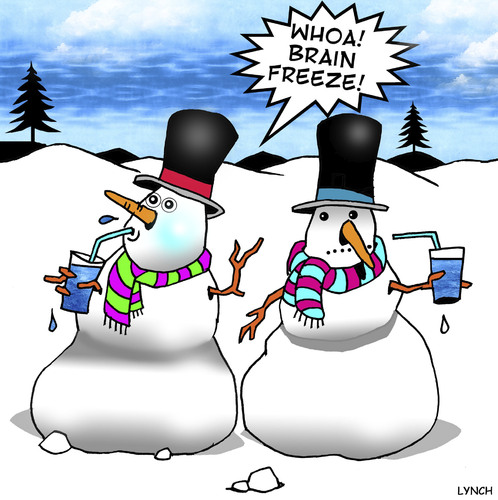 If you think the problems stop when spring is coming, you are wrong… when the snow is melting, I wouldn’t wear my favorite pair of jeans if I were you! 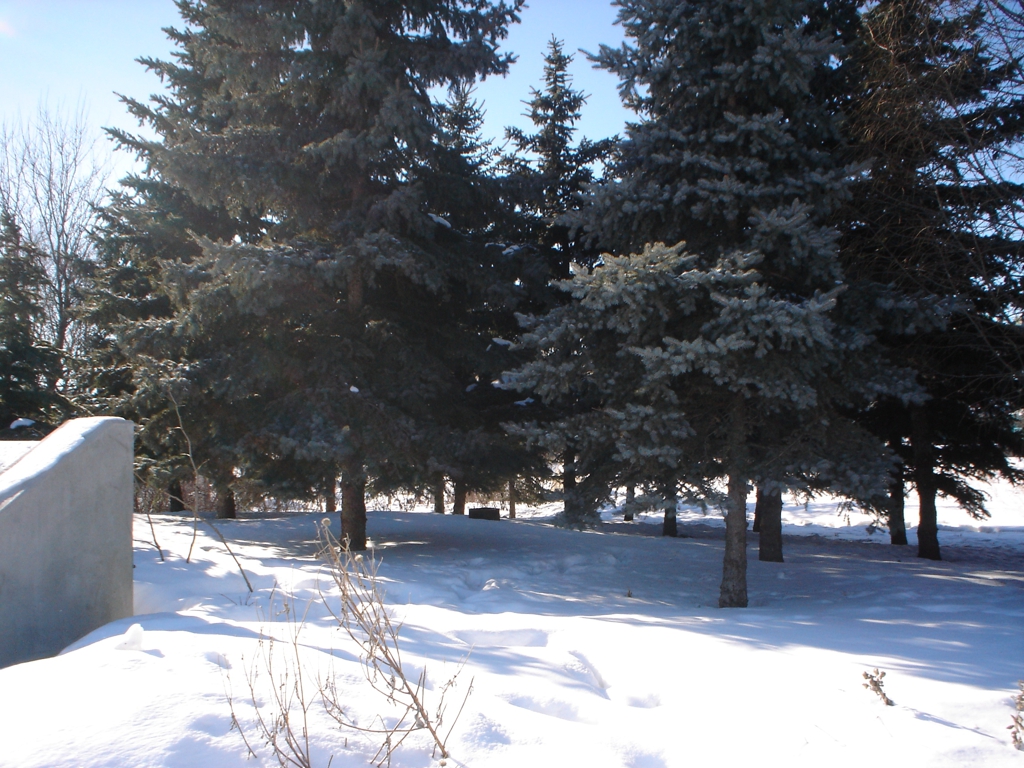 Well, I survived the winter in WINTERpeg! Now I am ready for any kind of winter. German winter? I tell you… it’s nothing! 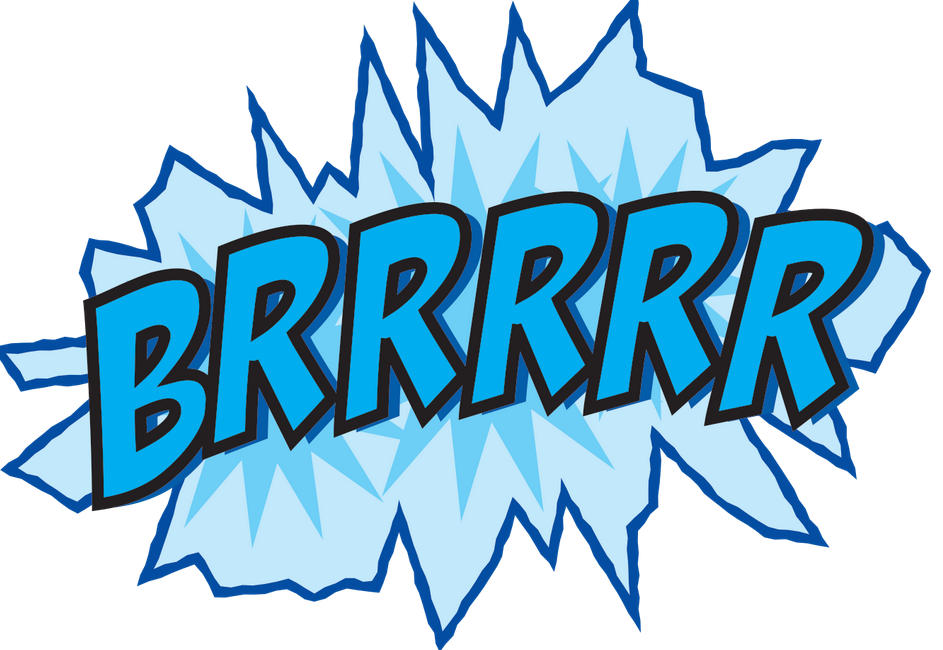