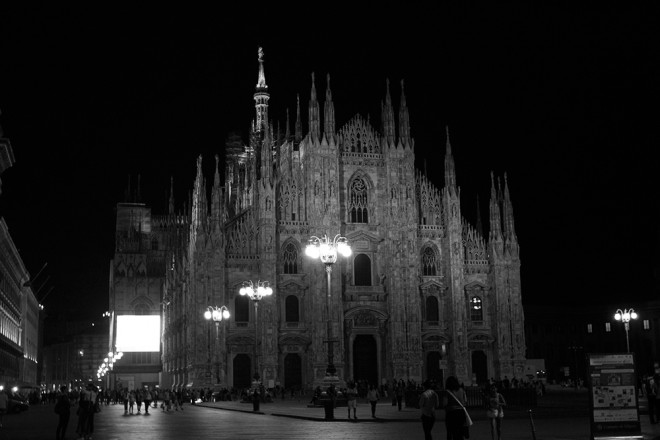 Not every trip is successful, even if you are a travel blogger, and have planned more trips than you can count. The chances of having a trip fail is higher than you think, and while they count as big disappointments, they may also become a funny story to tell sometime later.

If you have been following the blog long enough, you might remember that in 2014, at this exact time of the year, I was in Milan for the Formula 1 Grand Prix in Monza. You might remember my impressions of Milano as well, but there is something you still don’t know about this trip: it was a fail, and here is why:

It was a Friday, after a few hours on the road driving from Munich and paying way too much for the tolls for using the Italian motorways, we decided to head straight to the circuit and see the remaining training sessions of the day. We gave away 20€ for parking the car somewhere near the entrance gate.

When leaving the circuit couple of hours later, something was wrong with our car. It just wouldn’t start. Luckily some guys were passing by and helped us with pushing it. It worked! Afraid of turning off the car again, we drove to the hotel. The problem? Milan’s traffic. It took us 2 hours to reach our destination, and we were both nervous about the probability of being one of those people whose cars break in the middle of the street.

With a bit of luck we arrived at the hotel safe and sound, and parked the car on a nearby street. Worried how we would drive back to Germany on Sunday after the race, the first thing we did when we entered the room was to call the car service back in Germany and explain what happened.

The person on the other side of the line was not sure what was wrong, and said it could be something very simple to something very complex. What to do? We decided to leave the car right where it was for the rest of the weekend, and only use public transportation to go to the Monza’s circuit. 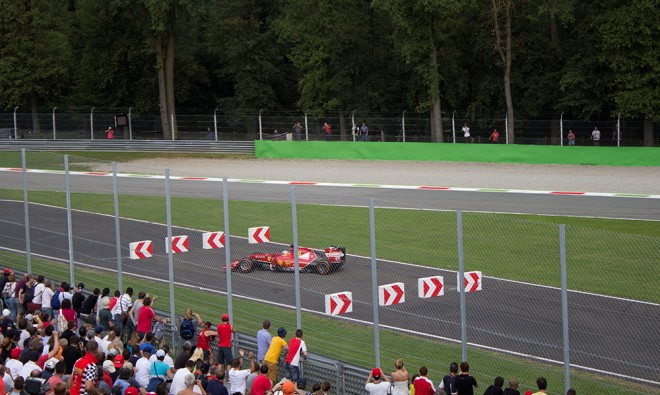 Our car is red, but certainly not a Ferrari

After a long first night trying to sleep – the hotel room was very loud because of the tram passing right under our window, and the bed sheets smelled like bleach – it took us 2 hours to reach the circuit with packed public transportation. The truth is, by the end of the trip we realised that there was no faster way to get to the circuit, 2 hours was the best we could do!

Saturday night, after leaving the circuit, we decided to take a walk around Milan’s center city before having dinner at 202 Milano. It took us longer than we thought and we still needed hurry back to the hotel to take a shower and change clothes. It was then too late to take the public transportation to get to the restaurant. So we went to the street to try to find a taxi, which was not an easy task in the given neighbourhood.

We finally found a taxi 10 minutes before our reservation time. I said the name of the restaurant to the taxi, but when we got there, the place was not a restaurant, but a simple grill where there weren’t even tables to sit down. I figured something was wrong and looked up on Internet the exact address. We were definitely at the wrong place. We took the next taxi available and rushed to have our dinner. 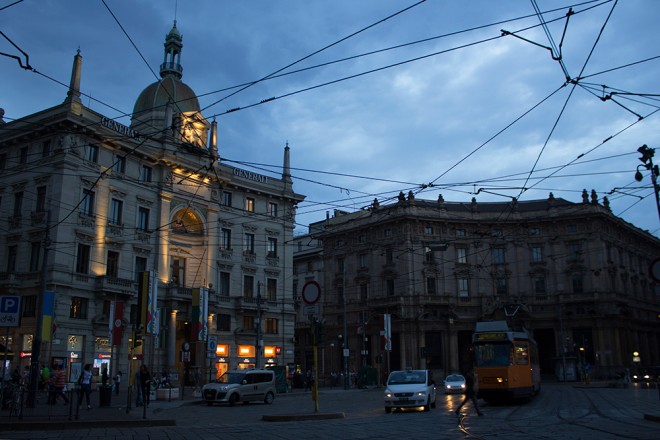 Sunday arrived. It was our last day. We had no choice but drive with the car to the circuit – from there we were driving straight home – and we were lucky once again to get help from a guy passing by. The car worked and we almost made a party.

At the circuit we decided to park the car in a free parking, which was about 4Km from our entrance gate – I am not kidding. The entire Formula 1 weekend was amazing, but when the race was over, all we could think about was the car. Would it work until we get in Germany? We couldn’t stop for anything on the way, and if we did, we had to leave the car on.

When arriving at the parking lot, the drama of finding someone to help and make the car work again began. After half an hour trying, with the help of a mechanic guy, we were set to leave Italy. But first: we needed gas.

At the gas station one of the staff asked us to turn off the car and we both screamed NO, we can’t! He just said: BATERIA? Yeah, whatever you say, we knew it wasn’t the battery, but we just said yes and he let us be. 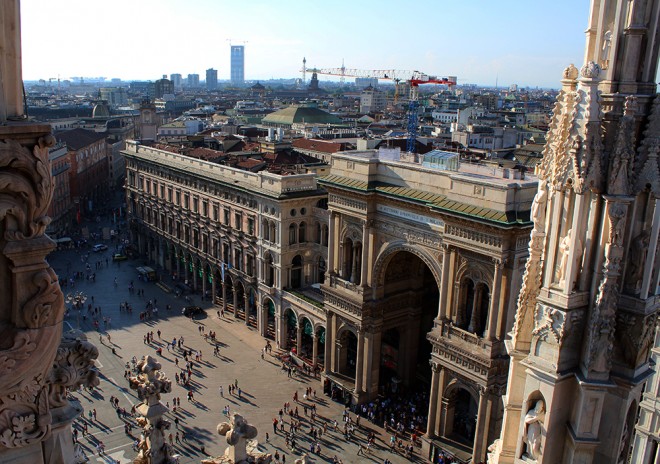 Hours later, we made it to Germany and went straight to the car service that would repair the car the day after. Even though the garage was closed on Sunday night, we decided to leave the car parked nearby the entrance; it would make the move easier on Monday morning.

When we finally got home and had time to breathe, we started to process the latest happenings. What a weekend! We walked a lot, we went to the wrong restaurant, on the first night we had dinner at a place where they brought the wrong order, the car broke down, the journey to the circuit was incredibly long, the hotel was horrible, we paid a lot for tolls and parking, and guess what? One week after we left the car parked near the garage, we received a fine for not paying the overnight parking on the street – we didn’t see that we were supposed to pay to park there.

This trip was such a fail that even one week later we faced the consequences. Not to mention, we had to walk so much around the circuit that my ankles were pretty sore for days. At least the problem with the car was just a simple chip that got disconnected!

Who else had a trip fail recently?