Oh well, not every trip goes the way we plan or how we expect it to be, right? I also have my own failed trips, and I thought of sharing the worst of them with you. After all, Packing my Suitcase it’s also here to help you not to make the same mistakes I’ve made.

I bet when you read the title you probably thought: how come traveling to the Bahamas can be a failure? Well my dear readers, I also couldn’t predict that, neither my father nor my sisters!

Back in July 2010 I was in Miami with my father and my two sisters for a few days. At our hotel – a very well known one; no need to mention the name – there was a tourist agent selling a few day trips, and 2 particular options called our attention: the Bahamas and Key West. We thought about doing one of them if we still had a little time left on our last day in the city. We ended up deciding for the Bahamas; my father was really excited about it, like a kid!

The day trip was not cheap, I don’t remember the exact amount, but it was something around U$ 400 per person. We would go by ship from Fort Lauderdale and would have a few hours in Freeport, then head back to Miami at the end of the day. The package included the ferry tickets and transfers from and to our hotel; the tourist agent highly recommended the trip, and said that the boat was huge with lots to do, including a pool and casino. Since we would spend 10 hours on board – 5 hours to get there and another 5 to come back – we found this very exciting; we would have lots to do on board!

I couldn’t stop sneezing because of the mildew smell! But hey, at least my father had some fun playing at the “casino” with those slot machines only to loose a few more dollars to the stinky ship! After the first 5 hours, we arrived in Freeport. We saw an amazing cruise ship and thought to ourselves how amazing it would be if our ship were that one! 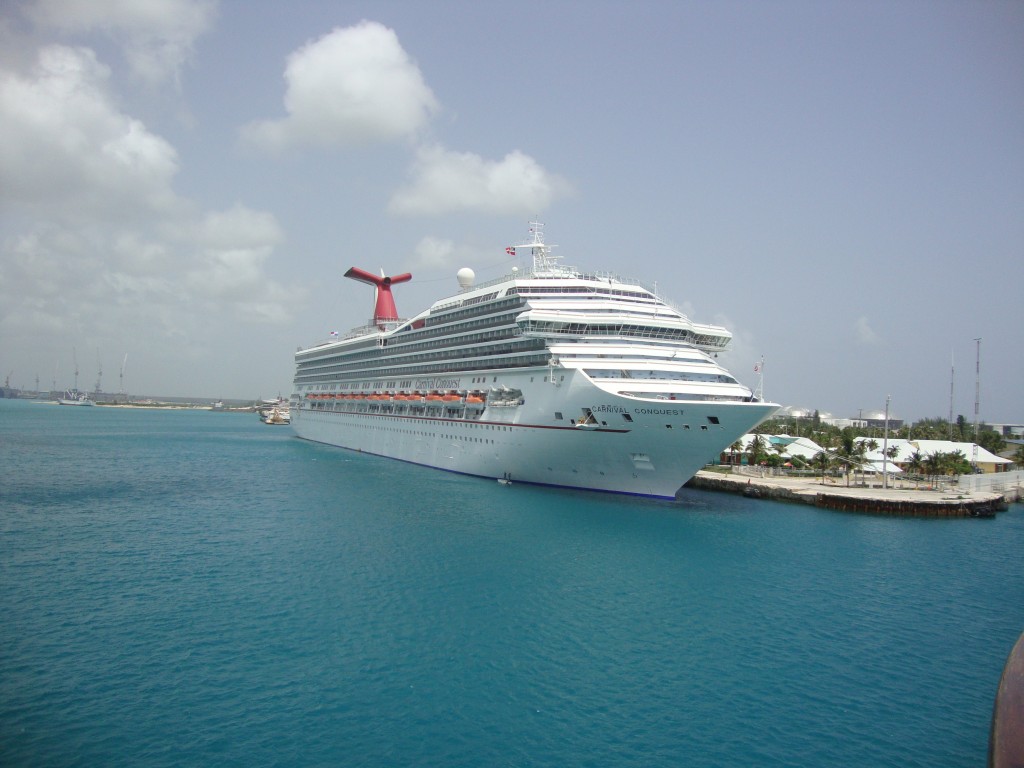 We only had 3 hours in the Bahamas. Enough to eat at a Greek restaurant that my father and sisters hated and we almost didn’t get the check, as it seemed no one was working there. After walking around, my humor already changed from hopeful to really bad. Everyone was already in a bad mood and no one wanted to admit how bad this idea was.

We found a hotel where my father went to play at the casino and I went to the beach with one of my sisters, at least to say: yay we came to the Bahamas! And these are the few shots my humor allowed me to take of the island: 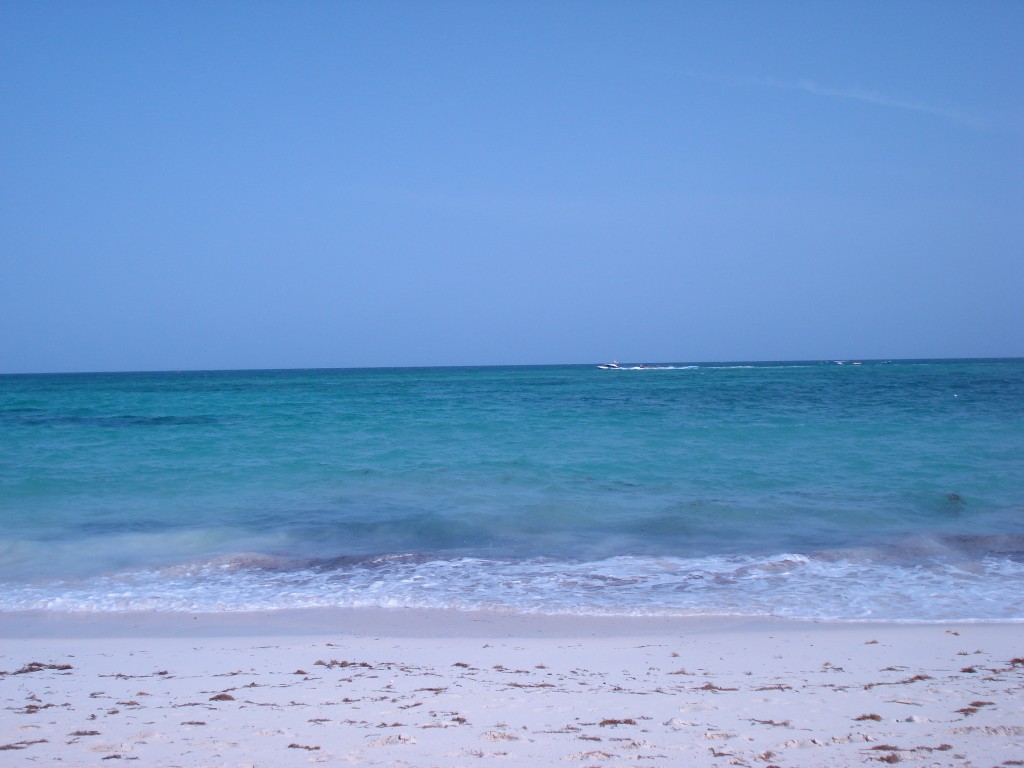 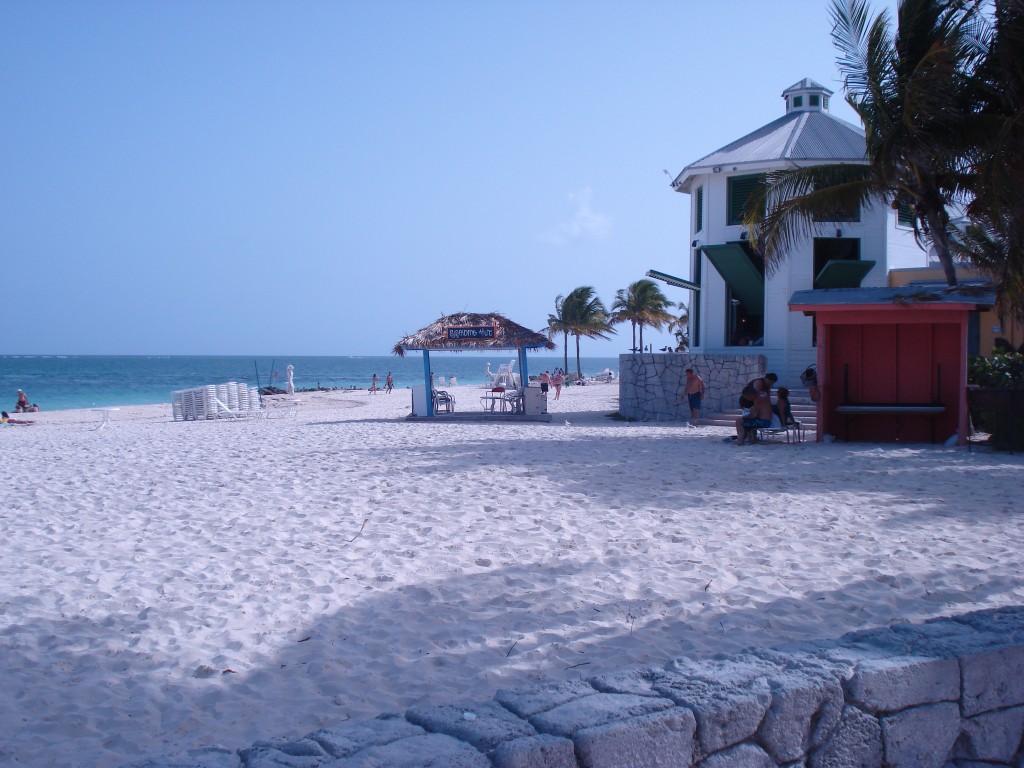 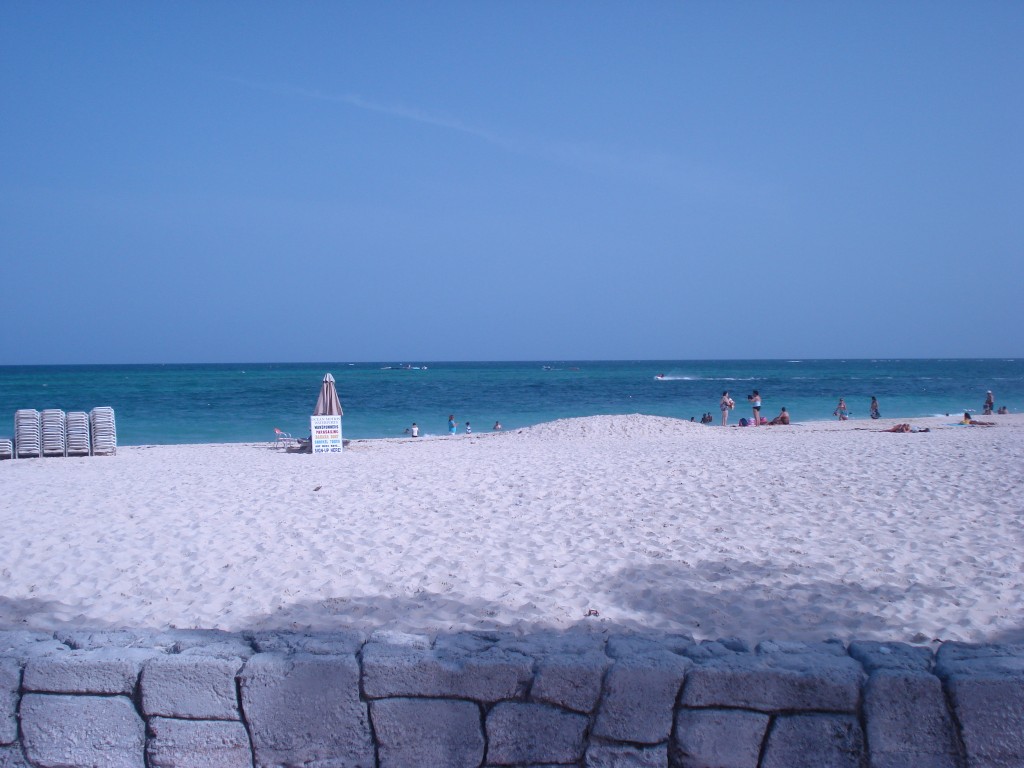 When the time to go back to the ship came, everyone was already stressed out and complaining. Well, only 5 more hours and it will be over! As you can imagine, the left 5 hours seemed like an entire day. We were really tired, siting on the very uncomfortable chairs at the top deck of the ship, just laughing at the situation:

10 hour in a stinky ship with weird people just to be on the Bahamas for 3 hours, eat crap food, lose money at the casino and take 2 pictures of the beautiful water of the island. Oh no! Wait, there is more!

As we were lying down on the chairs, trying to get a nap, a very weird guy was staring at my youngest sister and was coming closer and closer, until he sat beside her. We had to move because the guy just wouldn’t go away and stop staring!

Thinking this is the end of it? When we finally arrived at the port in Fort Lauderdale and found our transfer van, a storm came – a really bad one – and 2 of the passengers were still missing. Guess what? We waited over 2 hours inside the van, just to discover that these 2 passengers were already there the whole time! Don’t ask me how this happened, on this day everything was possible. We left the hotel at 7am and came back at 2am… the following day I had to drive from Miami to Orlando, but that is another story, a successful one!

Oh, guess who was blamed for the trip? ME! Just because I was the one speaking English!

I don’t usually post photos of myself, but I had to show you this one so you get an idea of my humor that day.

So my tip for you is: don’t make a day tour to the Bahamas, and if you do, make sure you will be on board of a nice ship!

Did you have a failed trip before? Please do share yours, so I can feel less miserable about mine!