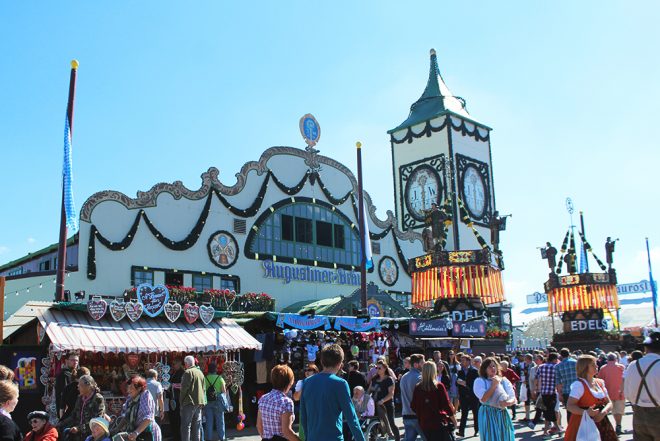 After you go a few times to the Oktoberfest, in my case every year for the past 5 years (that’s the thing about living in Munich), you end up learning that some things you shouldn’t do, let your friends do, or are simply not allowed.

There are lots of fun things to do at the festival, apart from drinking beer, but there also things you shouldn’t do at the Oktoberfest. Some, because it’s for your own good, others, because you’re just not allowed to, and if I were you, I wouldn’t try. So, to enjoy the largest volksfest in the world without any disappointment, here is what you need to know:

Until 2015 you could enter the festival with backpacks, though not in the tents. After the shooting at the shopping mall in July this year, security at the Oktoberfest increased dramatically, and now you’re not allowed to bring neither backpacks nor heavy bags (some can be exempt, like the staff and handicap). This year, the entire event will be surrounded by a fence, and every single person will be checked before entering the grounds of the festival. 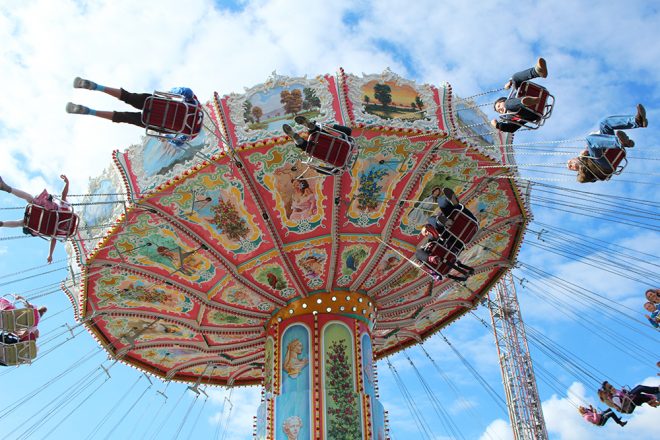 Don’t take buggies/baby strollers on Saturdays and past 6pm

The rule is clear, so don’t even try to do it because you’re going to waste your time and instead of making the most of your time as a family, it will be a stress that could have been avoided. Another important information is that kids under 6 years, are not allowed to stay in the tents after 8pm.

Of course, for security reasons, you’re not allowed to bring glass bottles and pressurized cans to the Oktoberfest. This rule already existed in previous years. 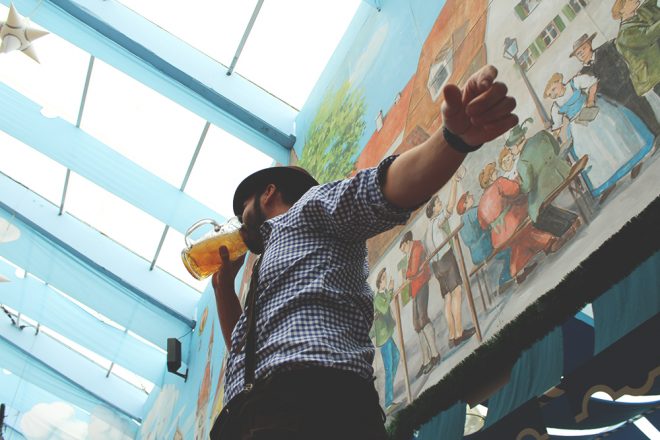 You certainly have seen in photos or videos of the event people stepping on the table and drinking the remaining beer of their mug at once, while everyone around sing to it. Well, there is actually only one tent that allows people to do that, the Hacker-Festhalle. Unless you’re there, be prepared to be kicked out of the tent if you try to do it. Also, you wouldn’t want to do it for your own good.

It won’t work and you will just embarrass yourself in front of everyone. Go back to the line and wait.

The Tracht is the traditional Bavarian costume, the one everyone wears at the Oktoberfest. Well, the thing is, some people decide to buy any kind Tracht instead of the original ones and end up embarrassing themselves (sometimes without even realizing it). In the locals’ point of view, it’s best to wear normal clothes than to embarrass yourself with a fake Tracht.

Need help with that? You can check my post the traditional Bavarian costume. 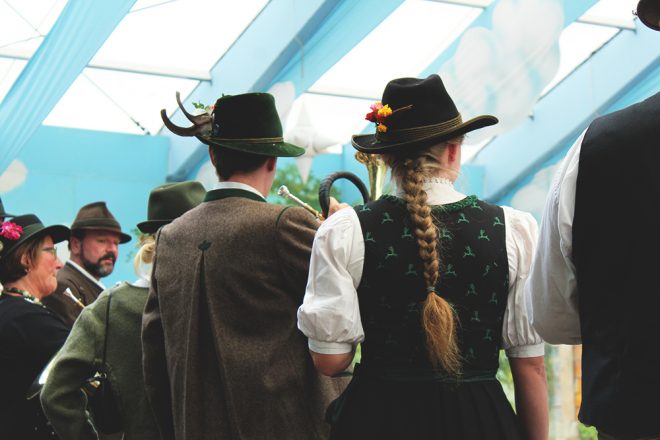 Don’t go to the toilet at the last minute

Or the chances to pee in your pants will be high. The lines to the toilet can be long and take a while, so don’t leave it to the last minute.

If you don’t have a reservation, don’t arrive late

Not having a reserved table in a tent means you will have to queue together with other thousands of people, so arrive early to make sure you will make it inside before the end of the day, especially if it’s on the weekend. Remember that the tents open at 10am during weekdays and 9am on the weekends. After 5pm is very hard to get in, as most tables are reserved from this time on. 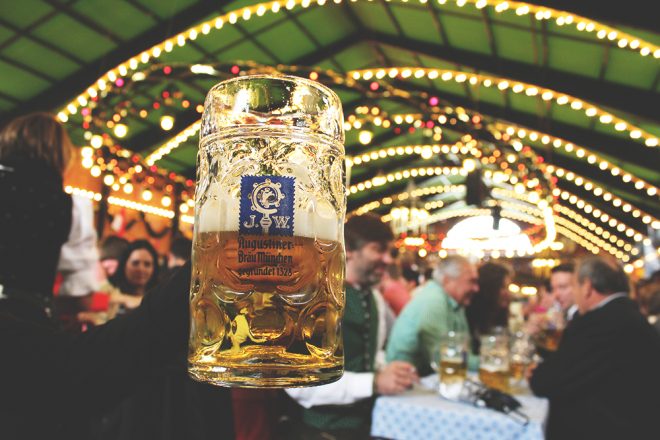 I’ve heard many stories about people who successfully stole beer mugs from a tent, and others that weren’t really so successful. If I were you, I wouldn’t try it, it might save you some embarrassment.

Don’t smoke inside the tents

In Germany, you’re not allowed to smoke in closed places, that goes for the Oktoberfest tents as well. Some of them have terraces, where you’re normally allowed to smoke, otherwise, you have to go outside.

Don’t sit or lay on the grass

You have no idea how disgusting it is. I think that says it all. 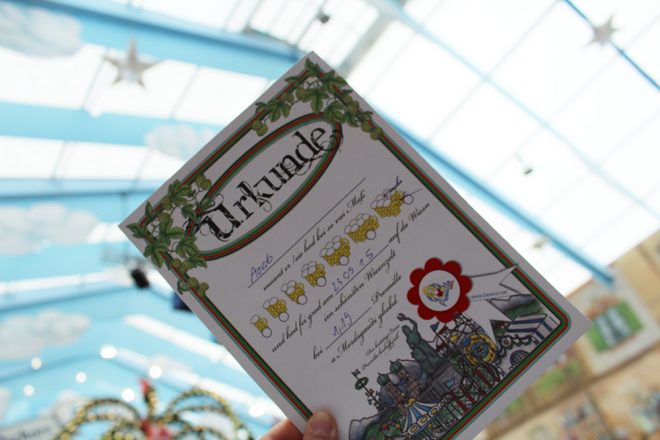 Someone had too much to drink.

Don’t drink too much!

That, my friends, is great advice for everyone. Drink with moderation, enough to let you remember the way back home, and remember: don’t lay on the grass! 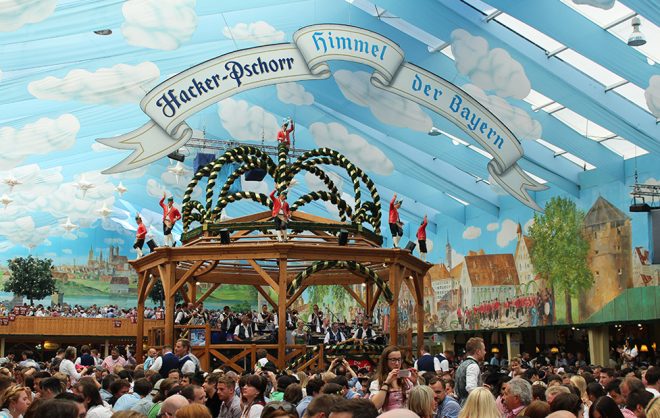 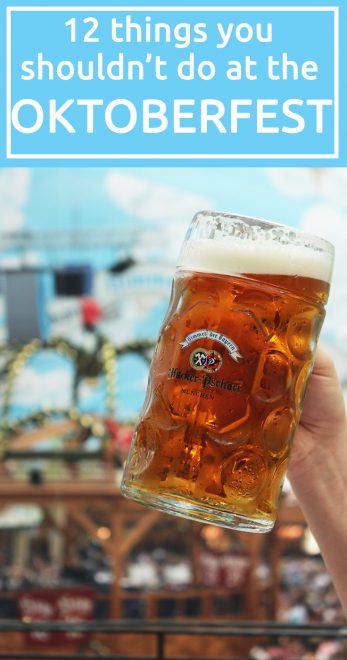