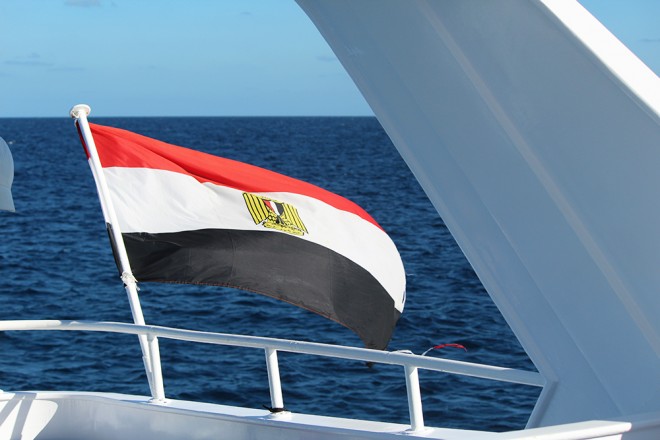 Is it safe to travel to Egypt? That’s the question I get every time I publish a post about one of my trips to the country, and when I tell my family and friends that I’m going there once again. For starters, this is a great question, but I am going to be honest with you already on the first paragraph of this post: don’t expect to read a yes or no answer by the end of it.

The intention here is to share my personal experience and thoughts from my 3 trips to Egypt in the period of less than 1 and half year, in which I visited 3 different parts of the country, and arrived in 3 different airports. In any way I will try to convince you of anything, the decision of whether traveling to Egypt or not will be up to you by the end of the post. I just hope I will add some information and facts you probably didn’t know about.

My first trip to Egypt was in November 2014 to Marsa Alam, then again in April 2015 to Sharm-El-Sheikh. Between my second trip and third – last December to Hamata and Luxor – a commercial plane leaving from Sharm-El-Sheikh exploded reportedly by the terrorist group ISIS. I’m not going to lie, when I heard about it I was in London and it was only a few weeks before my third visit, I was scared.

The first thought that came into my mind was, of course, “we are going to have to cancel the trip” even though our destination was located in the south of Egypt and very far from Sharm-El-Sheikh. My thought was not uncommon; most people would even think “there is no way I’m going to that country right now”. 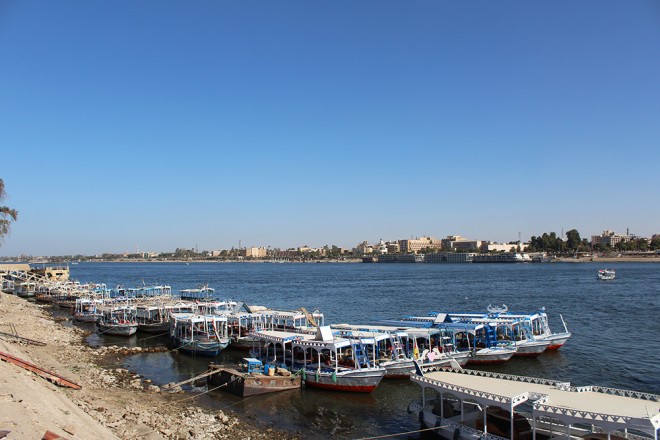 I am no expert on Egypt, and all you will read here is my personal experience only, keeping that in mind, I wanted to share some interesting facts you should know in order to decide whether you should visit Egypt or not:

1. Egypt is a big country, and it’s not everywhere that is dangerous. There is one part that is considered a conflicted region, which is the Sinai Peninsula bordered by the Gaza Strip in the north. Places more paradisiac like Marsa Alam and Hamata in the south are not dangerous.

2. It might even be more of a “marketing” effort than an actual security measure but in all my three trips I experienced having the car I was in, checked for bombs. In one of the cases (on my recent trip) the security guard even opened the car doors to check inside. Not to mention the airport, in Marsa Alam we all had to pass through a security check three times, and many times cars are checked on the roads to know who is in it and where are they going.

So whether they do this to make us tourists feel safe or not, I don’t know. But it is a fact that tourism is responsible for 10% of Egypt’s economy, and they cannot afford to lower this number. This being said, it is essential and smart to invest in security in the country, marketing or not. We travelers appreciate that. 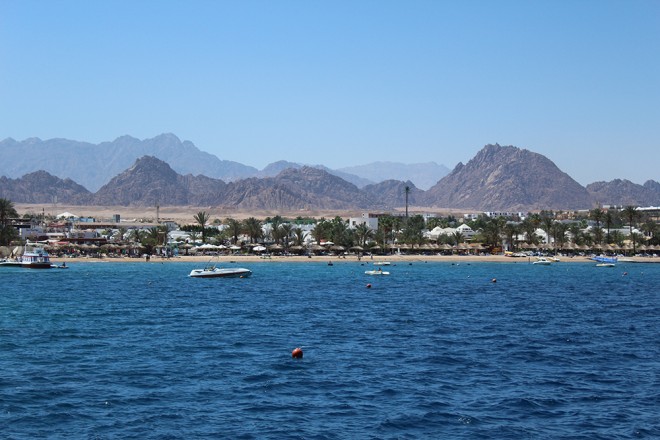 3. I have asked some locals how is the current situation of Egypt, in terms of politics and security. The answers I got were “the media always makes it seem worse than it is” and “the media often exaggerates”, followed by the argument that life in Egypt is normal at the moment and everyone goes on with their lives.

To be honest, on all my trips to Egypt I have never felt threatened in any way, except when Egyptians are driving with me in the car. By the time they reach 120km/h I’m praying not to die of a car accident in the desert. But jokes aside, no, I have never felt unsafe while I was in the country, in fact I thought that Egyptians are very welcoming with tourists and most of them find our cultures and us very interesting.

4. In 2015 there were 21 terrorism attacks registered in Egypt (not all of them were bombings), where at least 11 happened in the Sinai Peninsula in the cities of Rafah and Al Arish, which are located near the Gaza Strip border, around 460Km away from Sharm-El-Sheikh. 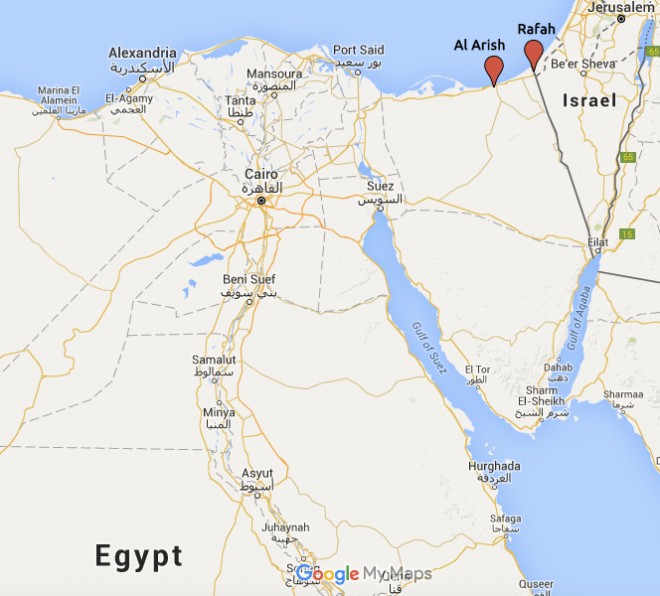 So, the interesting thing about this fact is that apart from Cairo, with 6 casualties in 2015, not many other cities in the country fell under the terrorist attacks list. Do these facts mean that Cairo is a dangerous place? Probably, after all it is the country’s capital and largest city, naturally being the main target of terrorists, but still doesn’t mean that everywhere in the country is dangerous.

5. In the Global Terrorism Index, Egypt is number 13 on the list of the 50 countries with most terrorist attacks. On this list there also countries like Mexico, USA, Colombia, China, UK, France and Paraguay.

My point with all these facts is that it’s not only about Egypt, in 2015 terrorism killed more people than ever before, and this is pretty sad news for us travelers. It seems like terrorist attacks can happen anywhere at anytime. So what are we going to do? Stay at home? This makes me think of a wonderful post written by my friend Ting over at My Travel Monkey, where she shares her thoughts about terrorism and traveling. 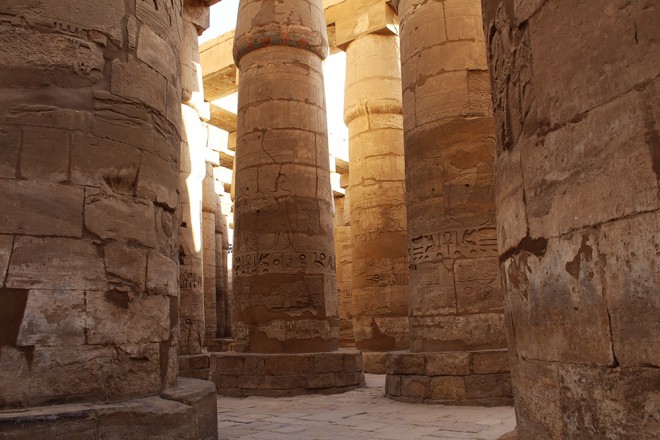 The thing with terrorism is that it is unpredictable – at least most of the time – and we can never be sure when and where the next one is going to happen in Egypt or anywhere else. Will people stop going there because of the risks? Not everyone, I am one of the travelers that would go there again, and I know many who go every year. Did people stop going to Paris or New York? Why should it be different with Egypt? Because it’s in Africa? Because it’s a third world country?

I am not saying I don’t think about the risks, because I do. I’m also not saying “go to Egypt and nothing will ever happen to you”, I’m saying you shouldn’t eliminate the possibility of going there because of the risks. These risks are everywhere in the world right now, and I believe that you either have to be very unlucky to be a victim or it’s simply supposed to happen. Even in Europe we are not safe from terrorists.

What do you think? You can give your opinion on the survey or on the comments below: 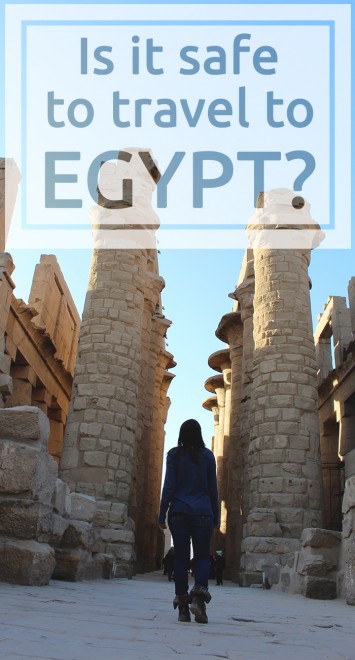