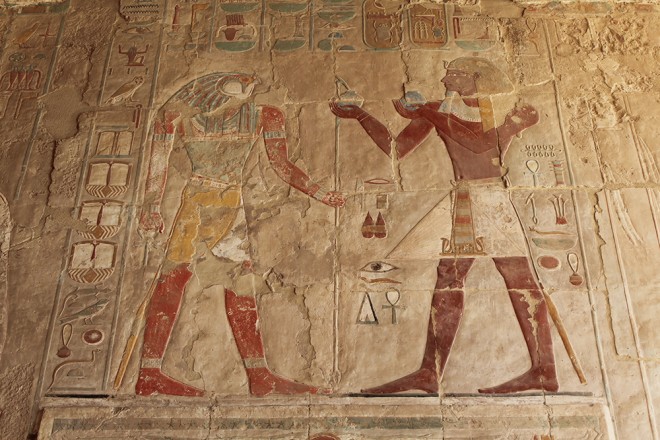 I have visited Egypt three times, but it was only on the third time that I got to see a different Egypt, one that I still did not know. Since all my trips to the country are with the purpose of diving, I always end up staying on the coast and never really see any real city. However, on my recent visit, together with Memphis Tours I took a day trip to Luxor from Hamata, where I was diving.

Luxor is located 440Km from where I was, which means that with the Egyptian roads I was looking to over 5 hours by car one-way, 10 hours in total. I have to confess that I was a bit skeptical as for the long time we would have to stay on the road just to spend 1 day a few hours in the city. However, it was the only day W and I could take this trip, and if I really wanted to finally visit a real Egyptian town this time, I had to make it work and hope that it was worth it. And it was.

Our driver and tour guide from Memphis Tours picked us up at the hotel in a private car, and we left for Luxor between 4am and 5am local time; it was still dark. In the next hours we drove from the beach through the desert, then passed by little towns in the middle of nowhere. It is incredible how the scenario changed along the way; I was beyond excited to finally arrive in Luxor. 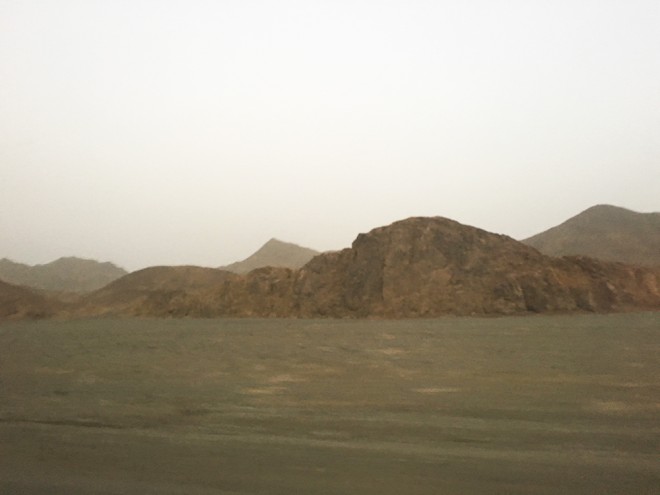 In total we spent 7 hours in town, and you won’t believe when I tell you – and show you – all we visited, did and saw in this time frame. We certainly made the most of our time in Luxor:

Valley of the Kings

Our first stop already made my jaw drop. The Valley of the Kings is where the tombs of all the Pharaohs from the Dynasties 18th, 19th and 20th can be found, which include Ramesses III, Ramesses VII and the so famous Tutankhamun. Unfortunately it is not allowed to take pictures in the tombs, but at least I got one from the outside.

Entering those tombs was one of the most amazing feelings I ever had while traveling. All my life I heard and watched stories of Egypt, the tombs, hieroglyphs, and Pharaohs, but never thought about the moment when I would see them with my own eyes right in front of me. Just to think that humans built these tombs with no machines and before Christ, it’s surreal.

A little bit of history behind it

This place was chosen for the tombs because of its location: in the middle of the deserted mountains where the waters of the Nile are not able to reach it. As of today, 65 tombs were found here, where 63 are known, meaning they know to whom it belongs. The first tomb to be discovered was Ramesses VII in the 1800’s and the latest was found in 2008, possibly from someone of the 18th Dynasty.

They keep finding new tombs and archeologists believe that there are still more to be uncovered.

It was just a stop and go from the car to get a photo while our guide told us a brief story about it. The Colossi of Memnon or el-Salamat/el-Colossat for the locals, are two huge statues of the Pharaoh Amenhotel III made of quartzite sandstone brought there all the way from Cairo. Even though pretty damaged, they are still very beautiful. 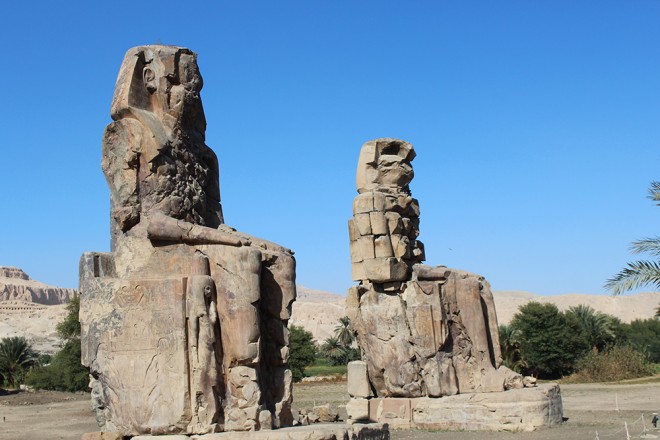 In ancient Egypt, no woman could assume the role as Pharaoh, only men. However, it has been said that Hatshepsut assumed this role and she was probably the first powerful and important woman in the world. Egyptologists say that she was one of the most successful Pharaohs. 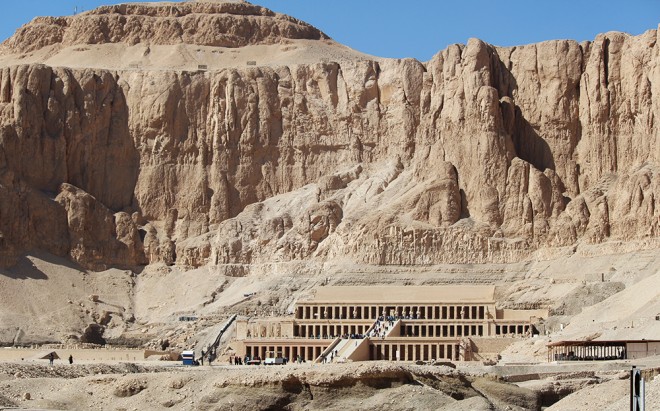 Being a female Pharaoh – the first of its kind – Hatshepsut considered important to remind people that she was a woman, and in her temple, her statues have their faces painted in red. 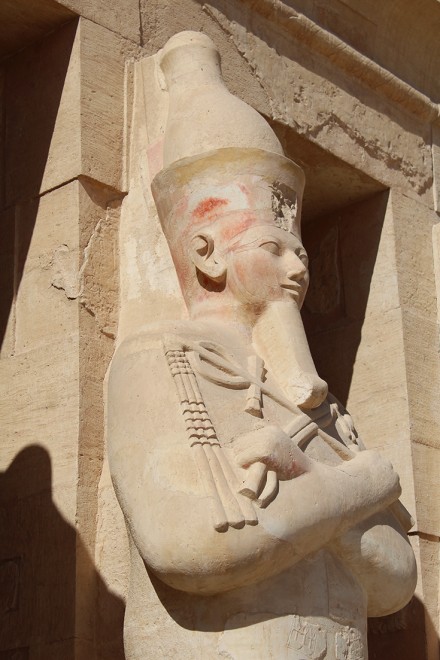 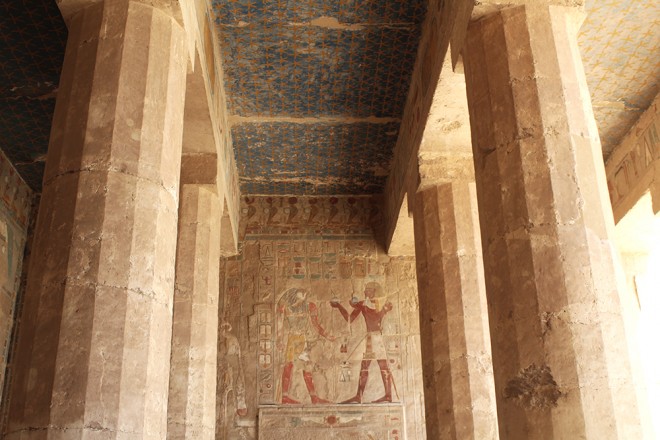 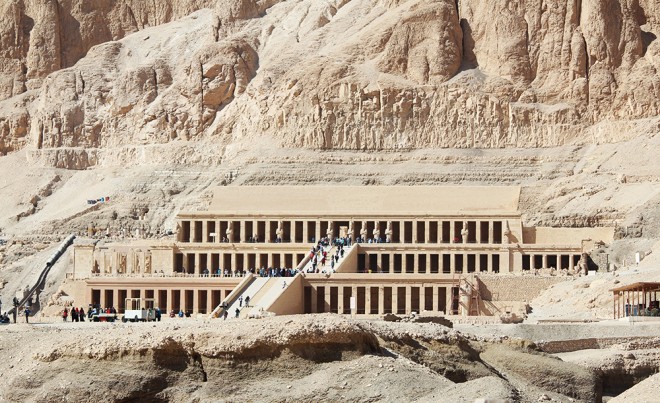 We made a stop at a local store where men make from little to big statues, of every Egyptian god, famous Pharaohs, temples and so on, of different types of stones. These people carry the heritage of their ancestors, who were the ones to draw and paint the hieroglyphs. How awesome is that? They simply passed this from generation to generation, from before to after Christ. 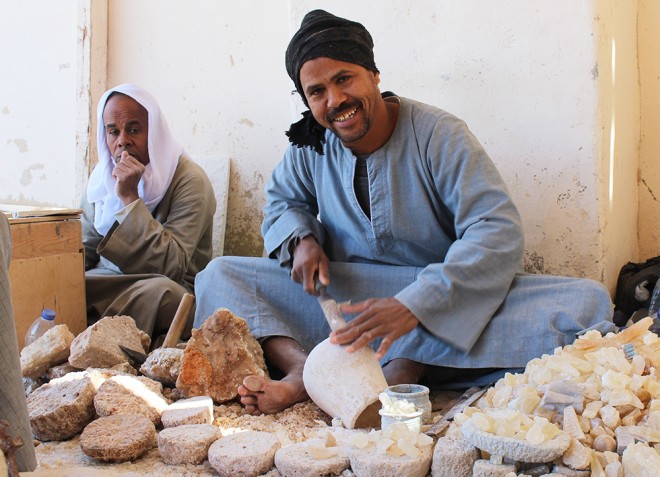 At this shop there is no price on the objects, so be prepared to negotiate – as in most cases in Egypt. We wanted to buy a little statue of the god Anubis, smaller than my hand, and the vendor started his price at $120! We ended up taking it for $35. He wasn’t happy about the negotiation, we were.

Riding a boat on the Nile

So all those stories we hear about the Nile, how important it is to Egypt and how huge it is, well, they are all true. This river is huge, in every way, after all it is the second largest in the world. It divides Luxor in two parts, the West – where the dead are – and the East, where the center city and temples are. Interesting thing is that there are almost no bridges that connect one side of the river to the other, they are found mostly already outside town, for this reason taking a boat to cross from one side to the other is very common among the locals. 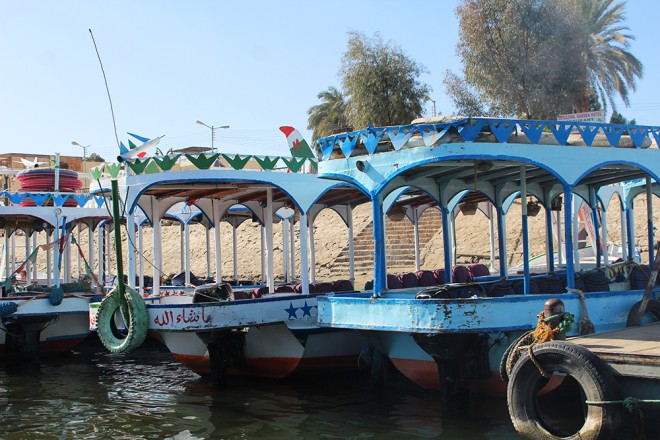 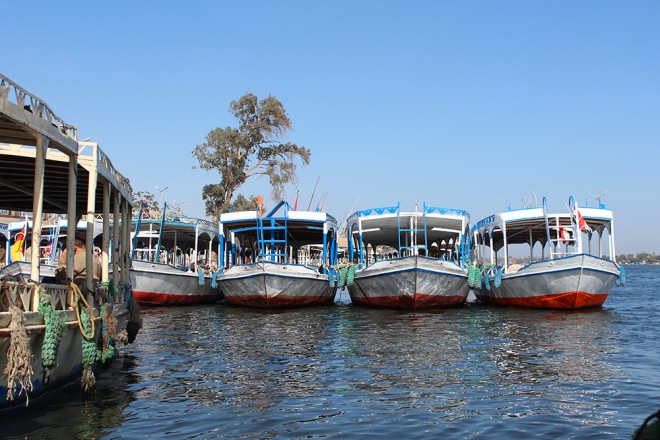 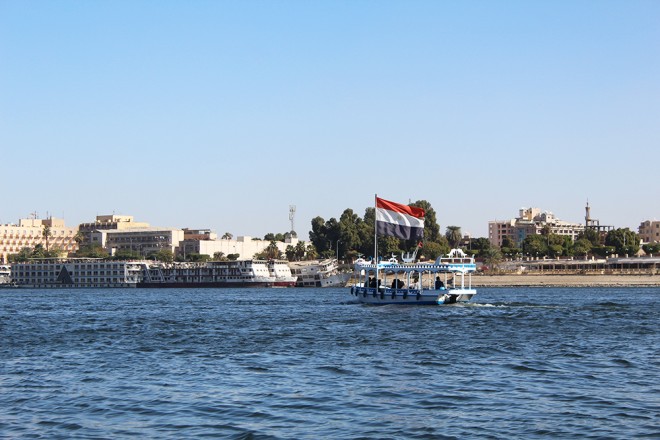 We had the chance to ride a boat in the Nile from the West to the East side, where we headed to have lunch. It was one of my moments of feeling like I am part of the world.

Lunch with a view over the Nile

Our little boat disembarked at the door of the Sonesta St. George hotel, the best in Luxor and where we had our lunch overlooking the Nile. The food was delicious – that was a first for me in Egypt – and we had a great time filling our guide with questions about Egypt’s ancient history. 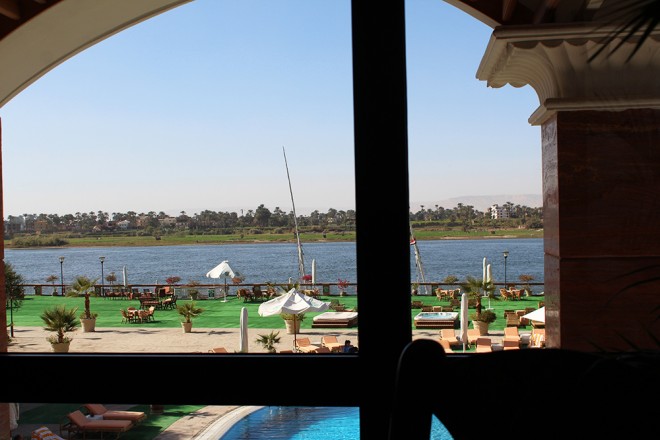 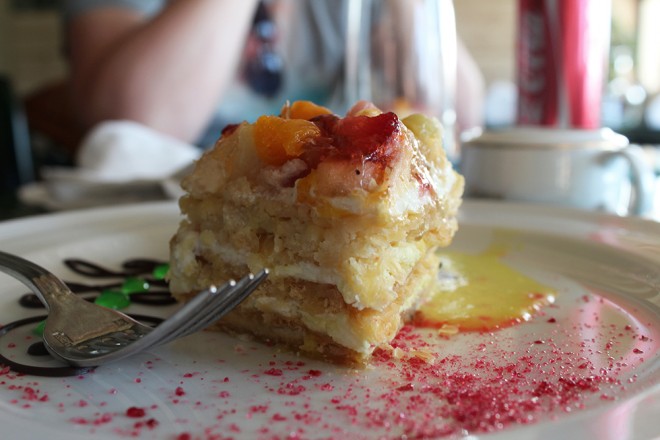 Unfortunately, because of our short time we didn’t step inside the Luxor Temple. We passed by two times and I got to get a picture of it. The temple was founded in 1400 BC (in Thebes, nowadays Luxor) and it is a UNESCO Word Heritage Site. I wish we had more time to go there, but we had another very important place to make a stop. 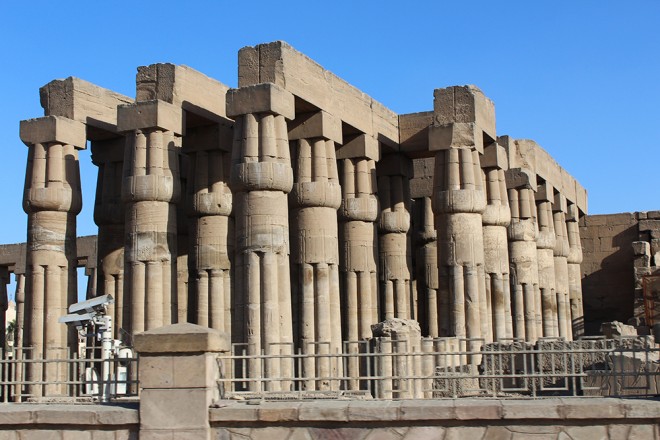 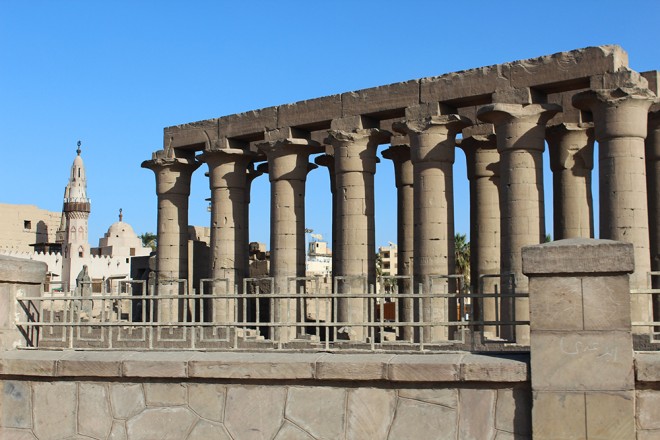 One of the most amazing and stunning places I have ever been in this life, jaw dropping, breathtaking, call it whatever you want. Even though it is popular known as the Karnak Temple, in reality it is Karnak Temples, as there are many temples constructed by different Pharaohs of different Dynasties. It is basically a city of temples, which were devoted to the gods Amun, Mut and Khonso. 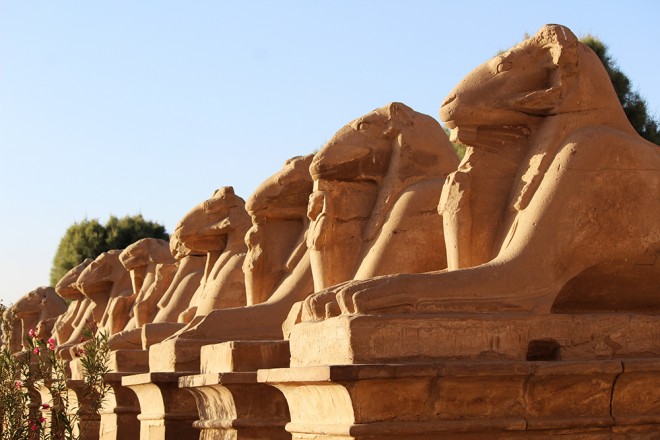 The Karnak Temples (where Karnak means sheep) are dated all the way back to around 2055 BC, and covers around 200 acres. It is nothing less than the largest religious site ever built in the world, so you have an idea, 61 acres are the sacred area of the god Amun alone, which easily fits St. Peter’s, the Duomo di Milano and the Notre Dame of Paris! There are over 130 columns, a lake, obelisks and pylons to name a few. The temples are separated by sections, each constructed by a different Pharaoh. 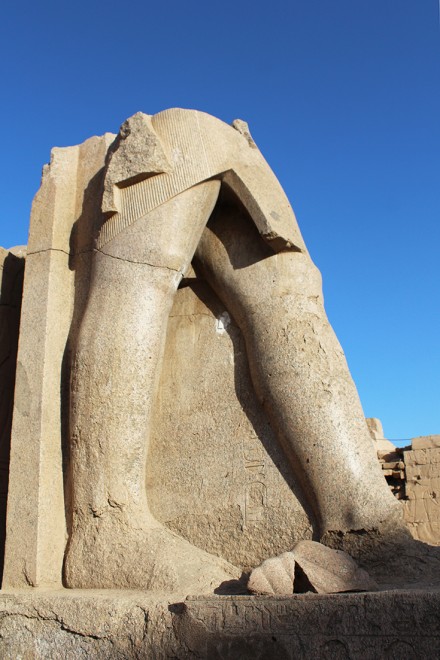 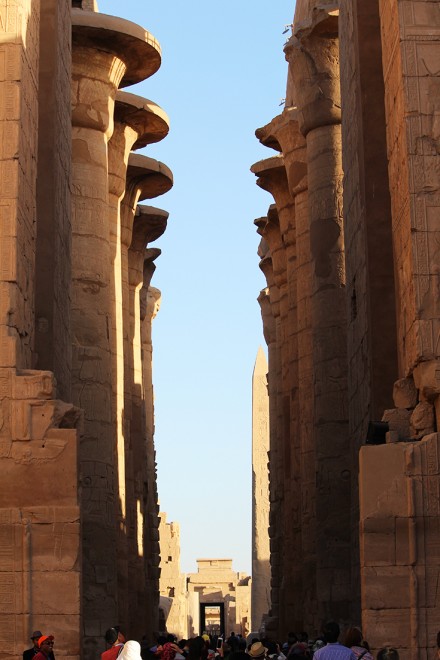 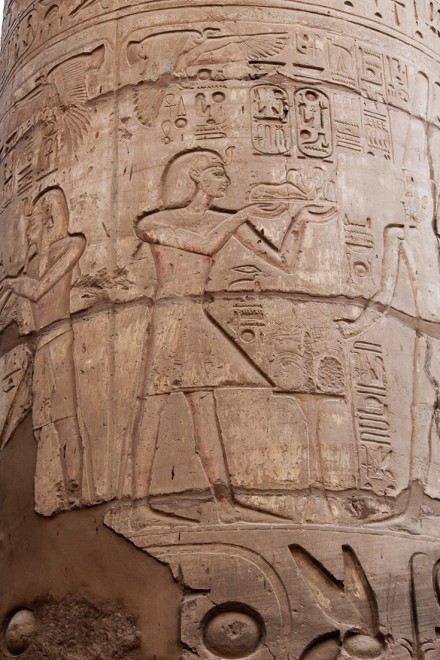 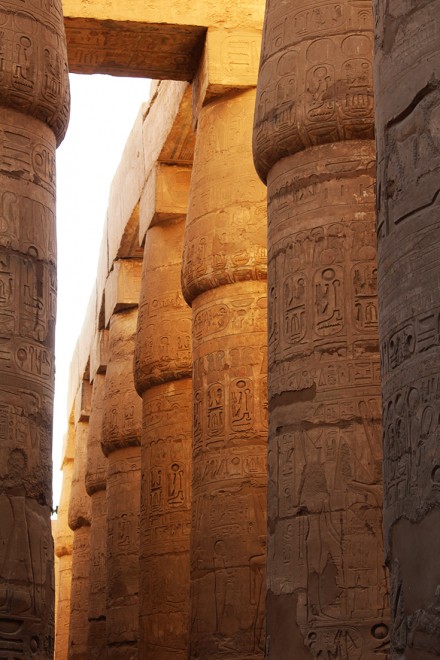 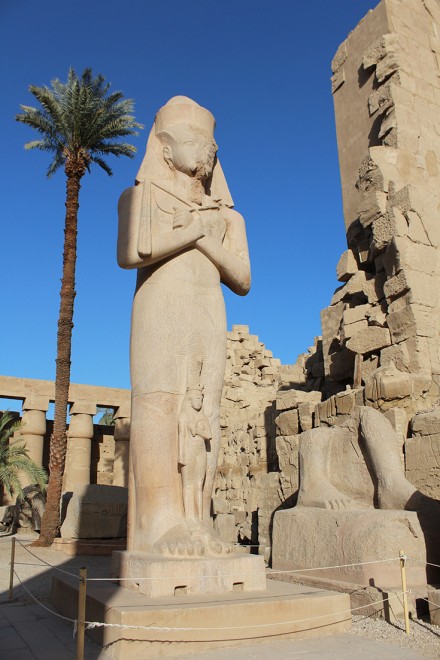 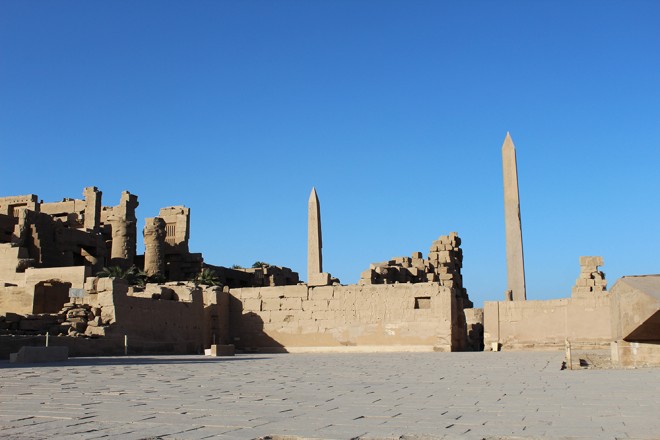 3 of the obelisks that used to be here are now in 3 different European cities: Berlin, London and Rome. 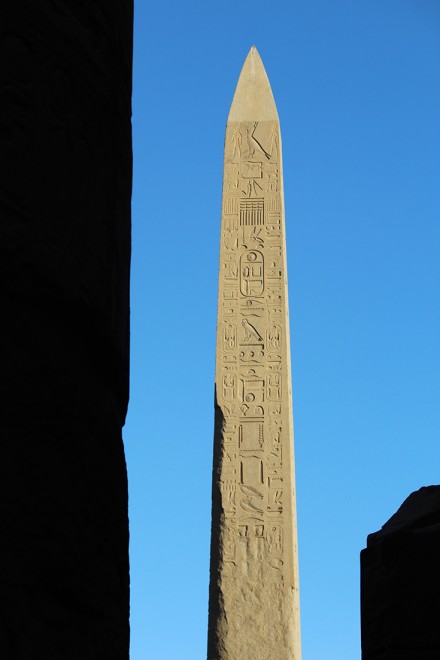 After 7 hours in town we headed back to our hotel in Hamata, happy that the 10-hour-car-ride was totally worth it. Of course, there is much more to see in Luxor, but Memphis Tours made sure we didn’t miss the main attractions and left us craving for more. I wish we could have stayed longer. There is so much history to take in, I’m glad our tour guide studied Egyptology and have lots of stories to tell. I could go on and on telling you all that he told us, but I will leave some of the information for when you visit Egypt! 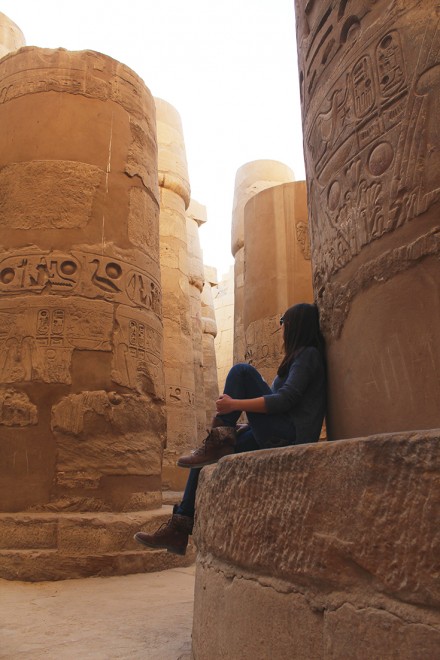 Exploring Egypt is not the same as Europe, where you can simply take the public transportation and do everything by yourself. I highly advise you to hire a company to organize your visits and take you to the monuments, they know how everything works and how to optimize your time.

Otherwise, you will have to do all by yourself and either rent a car – which I don’t advise you to do in Egypt if you don’t know the local rules – or take taxi, carriage or something of the genre – which means you will have to negotiate prices all the time, and this can be very frustrating. 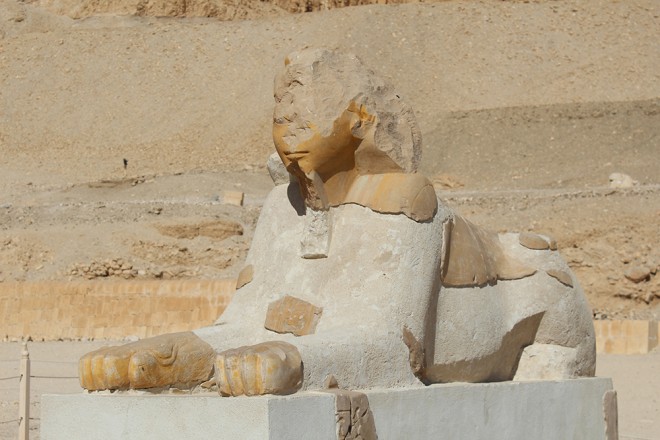 You can take the same trip

Either from Hamata, Marsa Alam or Hurghada, Memphis Tours organizes your visit the way you want it. If you only have one day like we did, trust me, it is still worth it, but if you have the chance to stay longer in Luxor, I would advise 2 days. What also should be amazing is a cruise on the Nile. 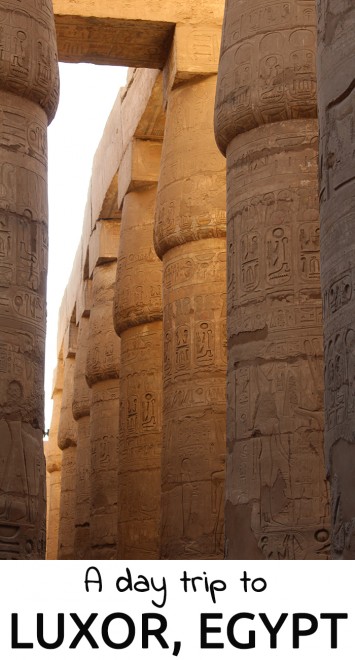 *Thank you Memphis Tours for making this trip possible, and for helping me tick off some items of my bucket list.