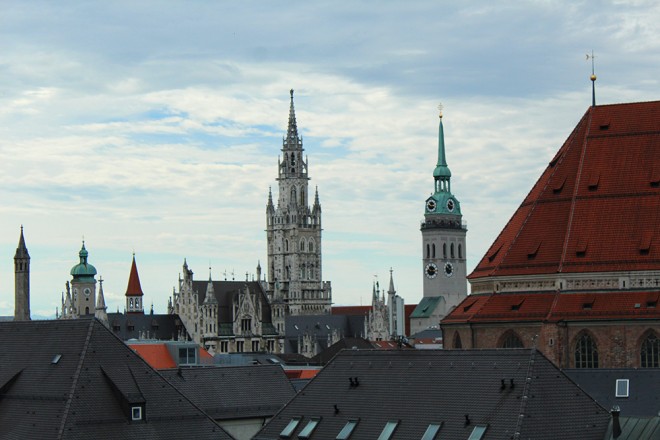 There are far way more than 20 things you should know before moving to Munich, but this little list will certainly give you an idea of how is life in the capital of Bavaria. From practical to cultural, I tried to put together the most useful information you will need, in order to know what to expect and to begin imagining how your life will be around here.

Finding where to live can be a hassle

It’s not a myth, finding an apartment/house to live in Munich is a hassle, especially for foreigners, and for those with pets and/or children. Landlords know that the demand is high, so they get to be picky with the people they choose to live in their property.

As I said, the demand is high, and not everyone is lucky enough to find a place within Munich, especially if it is for a good price. Many people will end up living in nearby towns, which offer easy access to the center city by car or with the S-Bahn (suburban trains).

The most popular websites to find a place to rent/buy a property are:

Not only it is hard to find a place you like and are accepted by the landlord, but there is also the money issue. Expect to pay 1,500€ for an 80sqm apartment near the center of Munich, not to mention you will need to pay 3 months rent in advance, and in some cases a commission to the landlord/real estate agent.

Public transportation is easy and awesome, but not cheap! 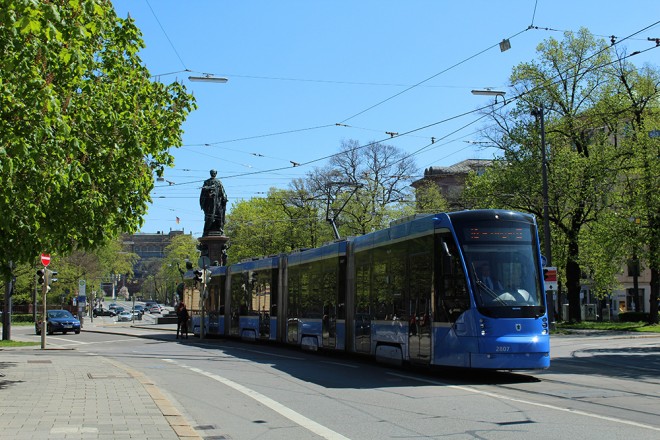 The busses, trams, trains and metro of Munich are highly efficient, clean, and well organized. They are almost never late, and when they are the MVG (Munich’s public transportation company) always makes sure to let people know the reason of the delay.

As all good things come with a price, Munich’s public transportation is not cheap. A day ticket for the inner city costs around 6,20€ per person, while for the entire network costs 12€. If you are a frequent traveler, there are monthly/weekly passes, which are the best options to save money with transportation. These passes are called IsaCard and they may cost around 74€ per month for 4 zones. Not cheap, I know, but worth every penny.

For more information about the tickets and prices, take a look here.

Parking can be challenging

What a surprise! In a European city where finding a place to live is hard, imagine parking. Especially in the center city, finding parking is very difficult, but for those wanting to pay extra, there are many private parking spots. Otherwise, parking on the streets cost a couple of Euros, and on Sundays is for free.

For those who own a car in Munich and have no private garage, parking on the streets will be your only alternative. In this case, you can apply for a card called Parkausweis für Bewohner, which allows you to park on the streets around your house for an annual fee. Or, you can also look for garages for sale/rent!

Munich during summer and winter are two completely different cities 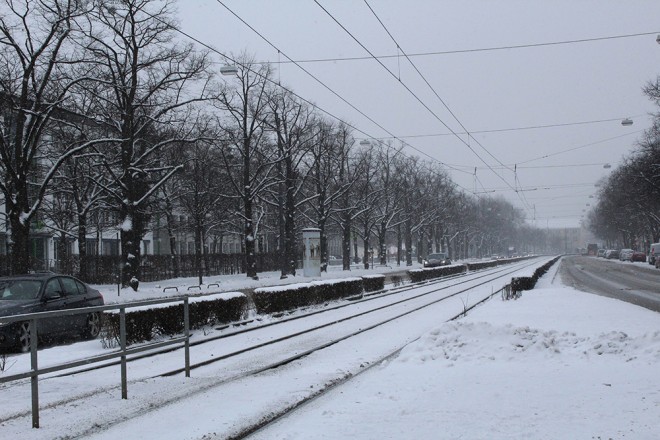 I think this item might be applied to many cities around the world, but it is important to know about it anyways. During winter Munich is grey, dark, quiet, cold, there aren’t many people around, and not many outdoor activities apart from the amazing Christmas Markets in December.

While during summer, the city wakes up: it’s colourful, noisy, bikes and people are everywhere, there are endless outdoor activities, and sunlight! It’s like living in a totally different town, it’s surprisingly fun and beautiful. It certainly makes worth the while waiting for summer!

I have previously mentioned how it is like to have a dog in Munich, and of course, one of the items was how pet friendly this town is. Restaurants, stores, shopping malls, all of them welcome dogs. On the public transportation every person has the right to bring a dog for free. The only places where pets are not allowed are: some bakeries, hospitals, pharmacies, supermarkets, and kids’ playgrounds.

Traffic can be very bad

Even though Munich offers a great public transportation system, many people still prefer driving their cars. After all, Germans love cars! For this and other reasons, sometimes traffic is inevitable, especially during the hush hours (in the morning between 8 and 10 and in the afternoon, between 5 and 7).

The good thing about it is that at the same time, the traffic is very organized, so it flows, even if slowly. Whenever there is an accident, the radio announces it, the police arrive immediately, and soon traffic will flow normally again.

Bikes are a very popular mean of transportation 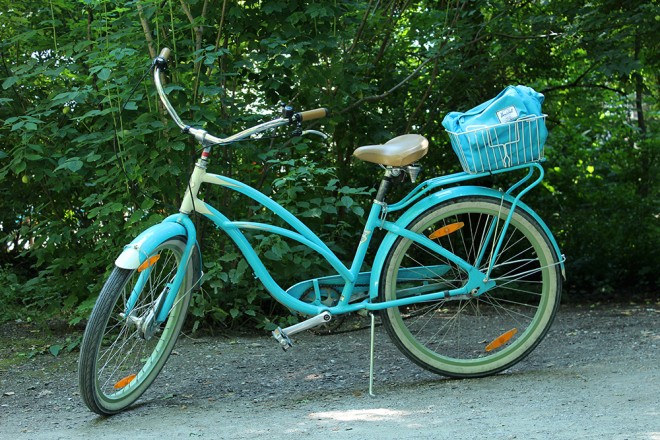 Nothing like Copenhagen or Amsterdam, but still, many people choose bikes as their mean of transportation. The city has a great infrastructure for cycling, and it is a very easy way to reach your destination. Riding a bike or not, beware of the rules and be careful when walking on the sidewalks where there are bike lanes, as well as when driving.

It’s not all about the local German food, Munich offers a great food and drink scene. There are restaurants serving food from everywhere in the world, for everyone’s taste, from Ethiopian to Brazilian, from Italian to Asian. Also, drinking does not only include beer. Whichever your taste is, Munich has a little bit of everything for you.

Can be very cold and very hot

Temperatures in Munich can reach -25°C during winter, while during summer it might get to 40°C. Of course, these are the extremes, but in over 3 years living around here, I have experienced both. The thing is, there is heating everywhere, but air conditioning is something rare in this town, but the good – or bad – news is that it is only hot in Munich for around 3 weeks around the year altogether.

First is Bavarian, then German

Munich is the capital of Bavaria, that being said, ask any Münchener/Bavarian and he/she will confirm this: “I’m first Bavarian, then German”. That’s probably one of the reasons why Germans from other states don’t like the Bavarians so much. Is it true? My German husband likes to think so, they are simply proud of their region. After all, Bavaria used to be independent.

The top 10 most expensive neighbourhoods to live are… 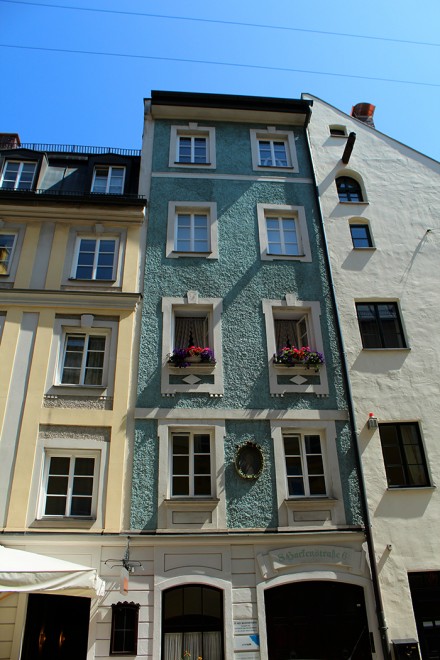 Building at the Altstadt neighbourhood.

If you are still deciding in which Viertel – neighborhood – you want to live or are still looking for an apartment in Munich, it is better if you take into consideration that these are the most expensive areas to live in town:

You can see more information here.

It is possible to get around with English

Of course, not everyone speaks English in Munich, but you would be surprised by how many people do. Also, many restaurants have their menus in English too. So, if you don’t speak a word of German and is moving to town, English will be very handy at first. But don’t stick to English forever, learn German!

Everyone loves a Biergarten

Biergarten is not a place to go once in a while, it is to go as much as you can and find any excuse to go again. Especially in sunny days, people get off work earlier just to meet up with friends/co-workers for a beer at a Biergarten. Someone will hardly say no if you invite them to go with you.

The city is very green 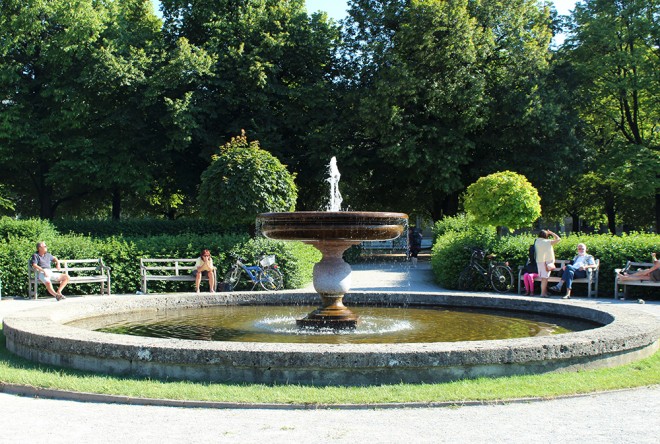 In probably every neighborhood of Munich you will find a park, a big one, or a tiny one. Either way, green is everywhere in the city, and you are always able to be in touch with nature. The Englisher Garten, the Olympic Park, and the Nymphenburg Park are the most famous ones.

You will end up learning a bit of Bavarian too

In your process of learning German, chances are you are also going to learn some Bavarian words and expressions too. Even though in Munich the dialect isn’t so present as in the countryside, people still use Bavarian in their daily conversations, with words like:

Barbecue is all you will do during summer 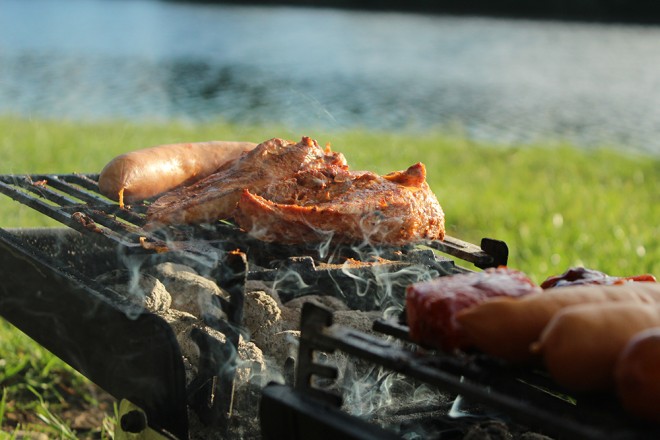 The Germans in general are crazy about Grillen – making barbecue, in German – and in Munich, you will do it a lot during summer. Even if you are not a fan of, get sot get used to it and go with the flow, it is the most popular activity in town during the warm season. In the parks, in their gardens, sooner or later you will be invited to one.

There are cinemas with original versions

Yes, yes! There are cinemas that offer both the original versions and the German version, and others offer or one or the other. I know movies play a big role in everyone’s life, being able to go to the cinema and understand the movie is something that keeps us sane when living in another country. So, my favourite places to watch original versions here in Munich are:

The city is packed during Oktoberfest

Around 6 million people visit the Oktoberfest each year, Munich has 1,5 million inhabitants – and not all of them go to the festival – so, you might imagine that most of them come from outside town. This all means that the city is packed at this time of the year: there is more traffic, hotels are fully booked, people rent out their apartments to the tourists, the public transportation is full most of the time, especially the metro lines that give access to the event, and even the streets seems to be dirty, with lots of beer bottles laying around!

The good news: it’s only for 2 weeks, then everything comes back to normal again!

Of course people can get robbed anywhere in the world, so it is always good to watch out for your belongings. However, if there is something you shouldn’t worry about when moving to Munich, is insecurity. The city is the 3rd safest one in Germany, and among the biggest towns, it is the safest. Amen.