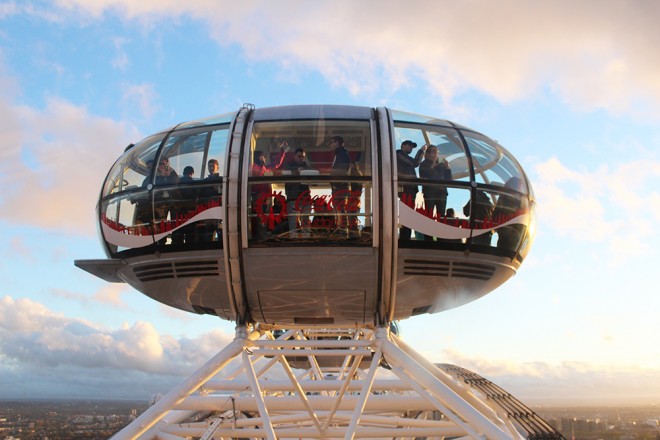 I have been afraid of heights for as long as I can remember. If there are levels of fear, consider mine the highest. The thing is, traveling when you are afraid of heights can bring you some unpleasant moments in many of your trips, and prevent you from enjoying many activities. Even though they make up for great stories to tell later, they can scare the crap out of you and no one will ever know what you exactly felt at that moment of fear.

Throughout my travels, there were countless moments in which I had to face my fear of heights, from my teenage until my adult days. Theme parks, airplanes, towers and cable cars are among my worst nightmares. In some cases, I know how to control it, in others not so much, then comes that freak out moment no one wants to have.

Everyone have their own way of dealing with fear, the first one would be avoiding what makes you afraid, the other one to breathe in and breathe out. But what about those situations you just can’t avoid, or those which you have to face in pro of something you really want to do? They are normally my case. Do you know what I do? I freak out. I cry. I feel ashamed for doing all that in front of other people, then it becomes a story to be told.

Flying. I am afraid of flying, especially during take off and turbulences. There were several times when I just started to pray, broke squeezed someone else’s hand, tried to breath in and out and think of something that would make me happy. For some reason, sitting on the window seat helps me, but I’m not always lucky to get it, so the worst that can happen is an isle seat for me. 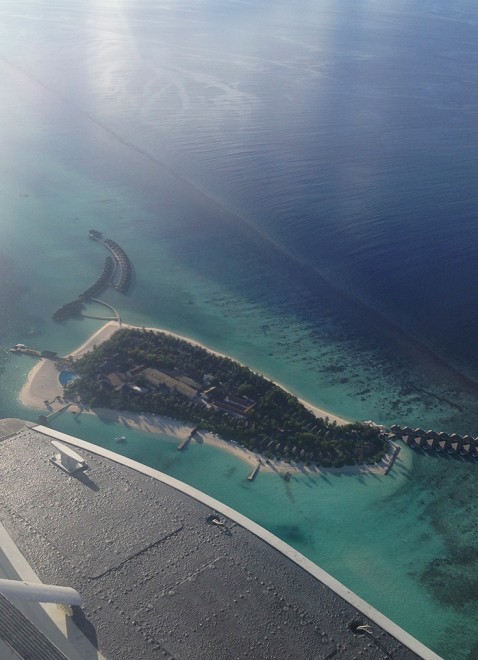 Seaplane in the Maldives

Cable cars. What’s with those things? I was never the kind of person that was excited to hop on a cable car, admire the view, point at landmarks and take pictures. On the contrary, I have always been the kind of person who sits on the floor at the Sugar Loaf and starts to cry, the one who avoids go skiing just because of the thought of hopping on a cable car, the one who prays that there must be another way to go up and down that it’s not a cable car.

I kid you not; some of my worst nightmares are cable cars. I have only been skiing twice, and even though I enjoy the activity, I don’t enjoy as much going up the mountain. My hands sweats, my heart starts racing, I feel like I’m falling down, and then comes the crying; and the laughing from everyone around me. 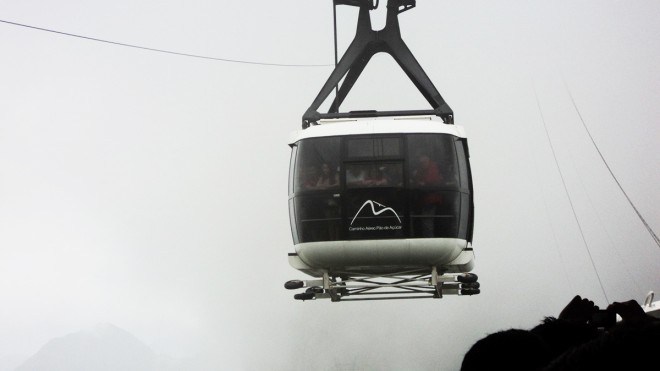 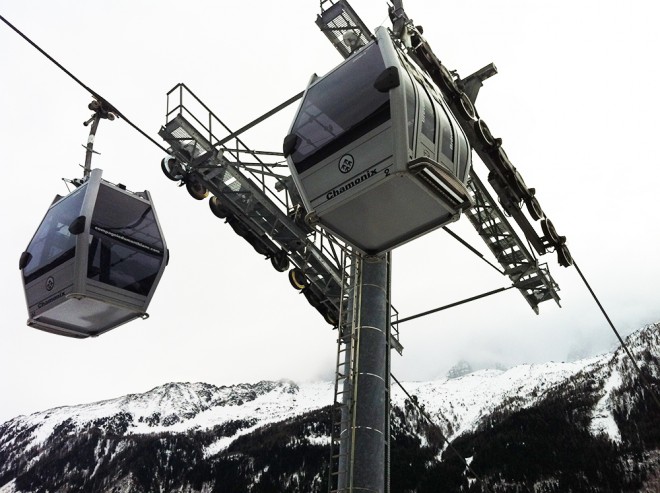 Theme parks. Since I was a kid I never felt excited to go to a themed park for its rides, but more because of the shopping, food or the simulators part (haha). However, several times I was obliged by the people around me to go on a roller coaster or something similar. Each time I would say how afraid of heights I am, someone would say they were too and that I would be fine. In the end, I finished the ride crying, while this other supposed-to-be-afraid-of-heights-friend finished laughing and telling how awesome it was. Yup!

So Disneyland, Six Flags, Universal Park or anything of the genre, are not the same for someone like me. What do I do when I go to those parks? I go to the silly rides – yes, you can laugh – I eat cotton candy and take pictures with Mickey. The only thing is, in the end it all becomes something expensive for not so much fun. 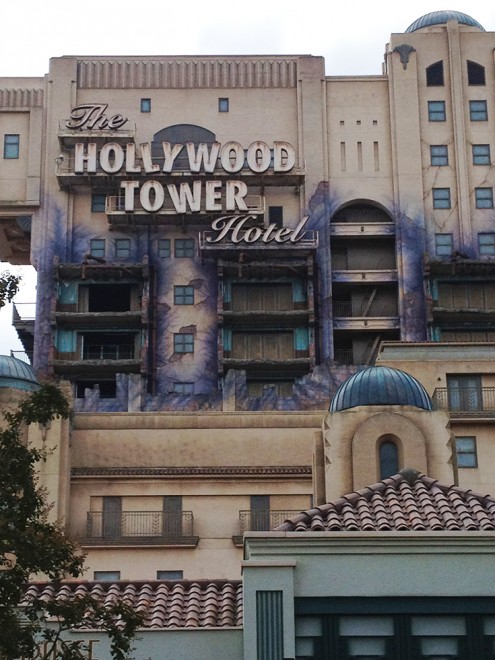 Disney’s Hollywood Tower. I gave up when I was about to step in the elevator!

I love beautiful views and seeing the cities from above. I know, it goes against everything I just said, but I do. Though, we all know that to contemplate them, we must go up a tower/building of some sorts. If it’s an elevator, fine, as long as it’s not panoramic; if there are stairs involved, I don’t mind either, as long as it’s not creepy and scary like the ones of the Church of Our Savior in Copenhagen. Rooftops? Are my favorites! 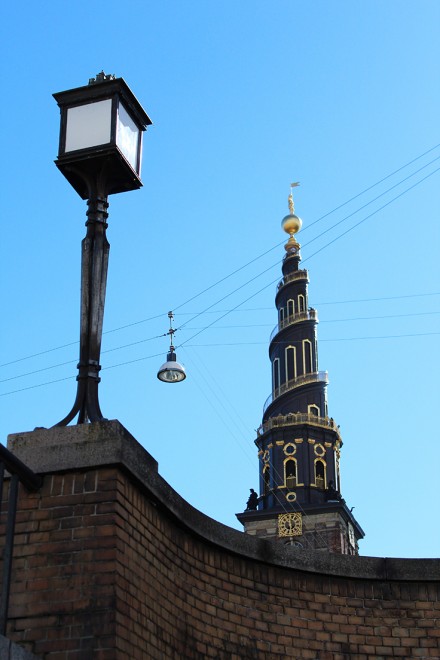 The Church of Our Saviour, Copenhagen

Glass floors like the one of the CN Tower in Toronto? The only way I managed to take a picture of myself and the glass was lying on my back, I just couldn’t look. Panoramic views like the Globen in Stockholm? I closed my eyes practically the entire way. The Burj Khalifa in Dubai? Boy that was hard, I could feel the thing moving. The elevator of the Eiffel Tower? I hate it, but I reckon the stairs would be even scarier. 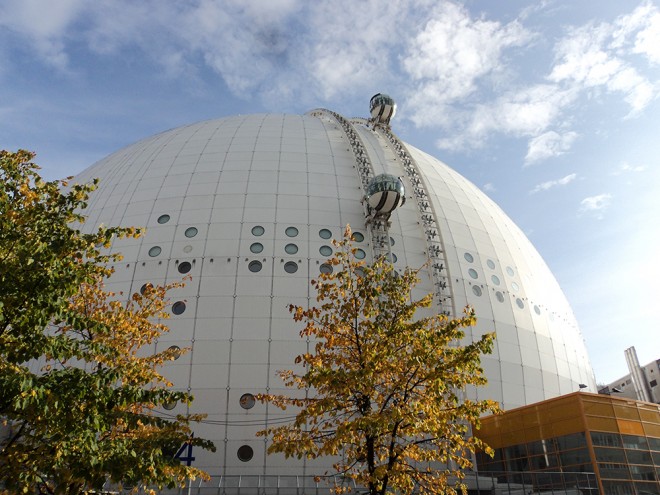 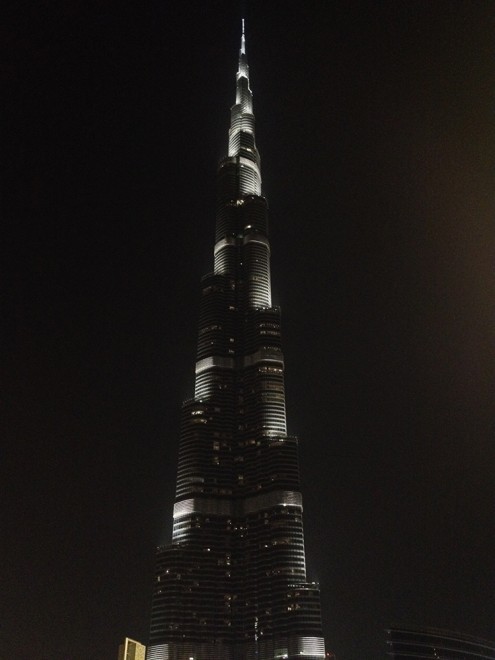 The Burj Khalifa, Dubai (tallest building in the world)

I also have my cases of success – very few – in which I manage not to freak out and even snap some photos. My latest case of success was the London Eye. Can you believe it? I think the champagne helped though, and the fact that it’s pretty slow… and the view is worth it anyways! 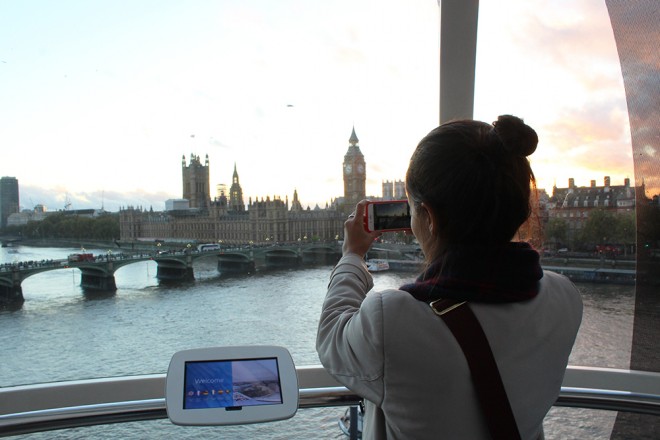 Skydiving, riding a hot air balloon, bungee jump, paragliding? You guessed right, not for me. Trust me, I don’t like being that afraid, there are so many things I wish I could do. I’ve tried many times, but it’s just not for me. I’m more the underwater type, and even so, when diving on a drop off I feel like I’m going to fall into the abyss.

The thing is, I know I miss lots of things on my travels because of my fear, but I rather enjoy it the way I feel confortable than being tense the whole trip doing things that make me afraid. Still, maybe one day I will hop on a hot air balloon and tell you how I freaked out up there!

Did fear ever interfere in any of your travel moments?