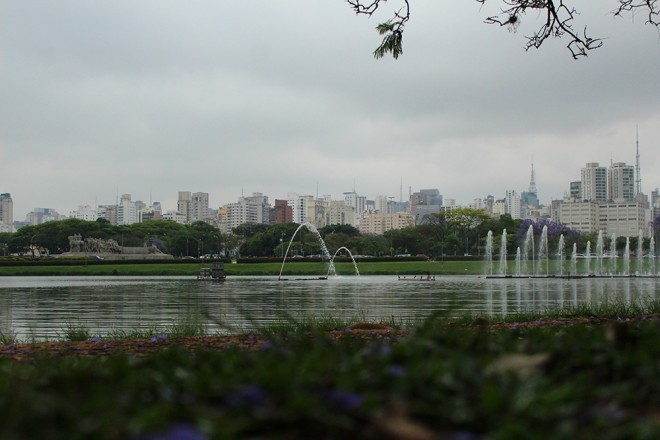 For me, São Paulo has always been more than a concrete jungle, the largest city of Brazil and one of the largest in the world, more than crazy traffic jam and the financial and business center of the country. All the times I have been there, I left with the feeling of not having spent enough time and of not being able to see and do everything I wanted.

With the help of many of my friends who live in São Paulo, I had the opportunity to see and experience the city in a different way. With the years, I realized what I most enjoy doing while I’m there, which I can also recommend to you. So here are 10 things I find it worth doing in São Paulo:

Find the green amongst the concrete 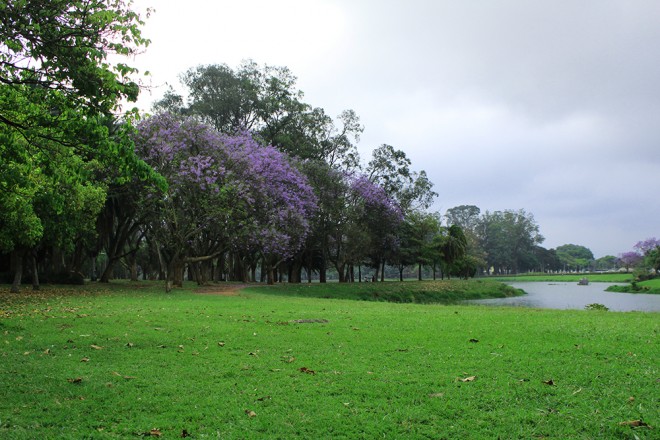 São Paulo is more green than what people expect, there are over 100 parks in town. In case you want to escape the craziness, head to one of them, you will be impressed. In my recent trip to the city, I chose the famous Ibirapuera for a quick break. 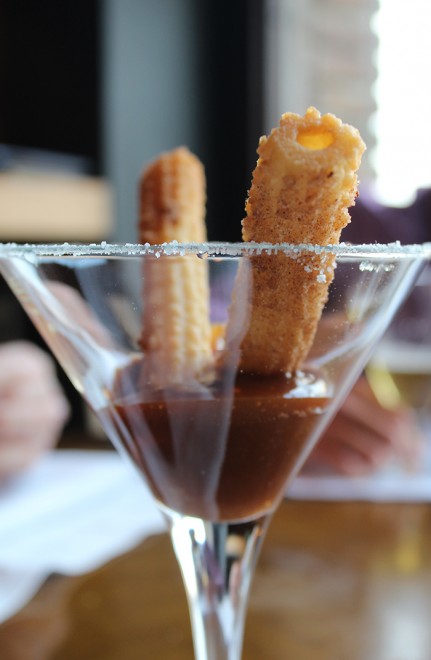 I like to say that in São Paulo I could stay 10 days having breakfast, lunch, and dinner in different places every day and I would never get tired of it. For the foodies like me, the city is a paradise and you can find anything from everywhere in the world. From the small restaurants to the most famous, renowned and Michelin starred ones, there are endless options.

Of course, shopping in São Paulo is certainly something you will have fun doing. Brazilians love it! That being on the popular, busy and cheap 25 de Março street – probably the most famous street in the country – at the Brás, at Oscar Freire Avenue, or in one of the fancy shopping malls like Cidade Jardim. 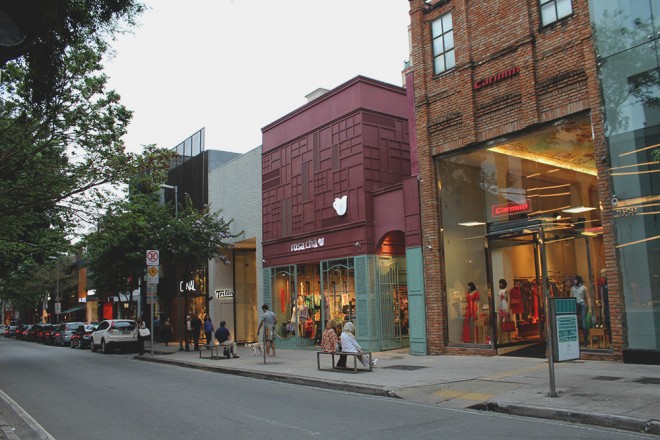 One of the most famous avenues in São Paulo, Oscar Freire is a pleasant place for shopping, having an ice cream, or taking a lunch break. For me, it’s the Champs Elysées and the Maximilianstr. of São Paulo, downsized.

Go to a football match 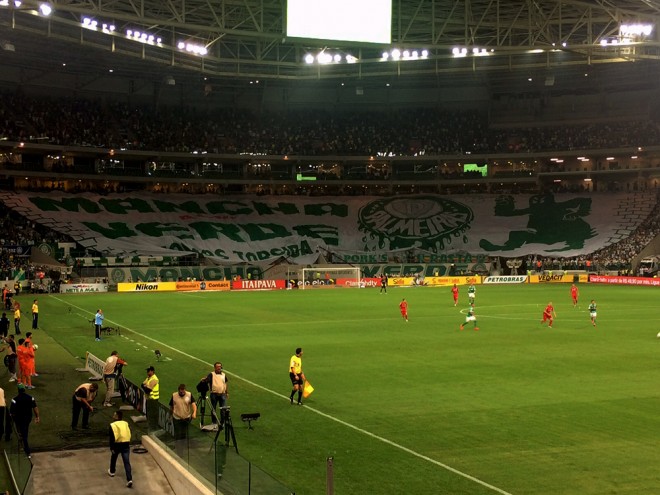 Watching a football match in São Paulo – or in Brazil for that matter – is nothing like in Europe. Do you want to feel what its like being in the middle of people cheering like crazy? Try to go to a match when in town, it’s unbelievable. My German-football- obsessed-husband couldn’t stop talking about it!

Pick one of the many cool bars 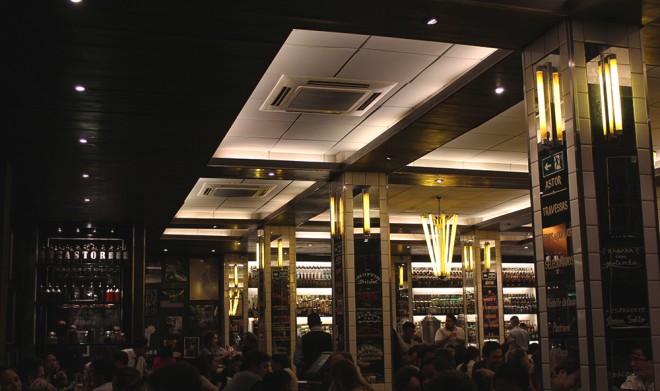 São Paulo offers an amazing nightlife, and there are so many clubs and bars to choose from that one is not enough. With live music or not, fancy or simple, at the Vila Madalena and Vila Olímpia neighborhoods is all you will find. 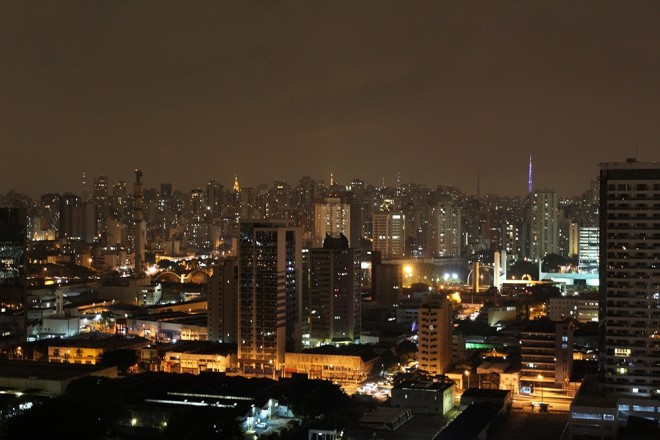 Being in São Paulo is one thing, seeing the city from above is something else to be impressed by. There are many places that offer a spectacular view over town, like the famous Copan, Martinelli and Itália buildings, or even the rooftop of the Hotel Unique.

If you are looking for entertainment, you will certainly find it in São Paulo, and on the top of the list are the various plays happening in the theaters. Actual famous Brazilian actors and actresses are part of the majority of the plays. If you want to risk watching it in Portuguese, go ahead and have fun!

Make a stop (not a quick one) at the Central Market 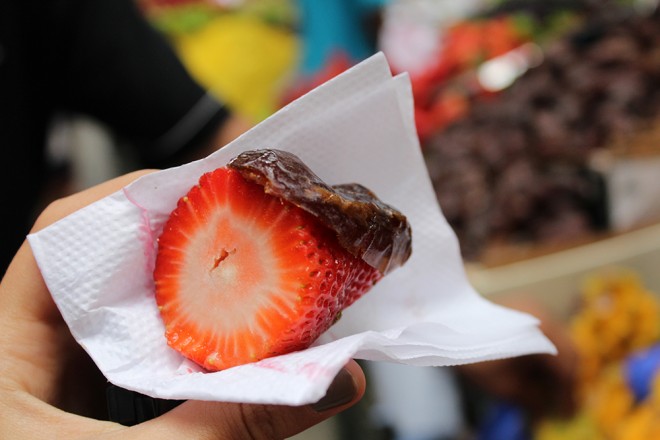 When even the locals recommend it, do it. After so many times in São Paulo, I finally paid a visit to the famous Mercadão – how the central market is commonly called. It was good, very good.

There you can find exotic fruits from everywhere in the world. I tried a weird but delicious combination: strawberry and date palm, it tastes like strawberry and chocolate, unbelievable! I also had to have the traditional pastel de bacalhau – a oily pastry filled with cod, which I love – and sugar cane juice. A great way to start your day with lots of energy. The thought of it makes me crave.

Go to a Formula 1 Grand Prix 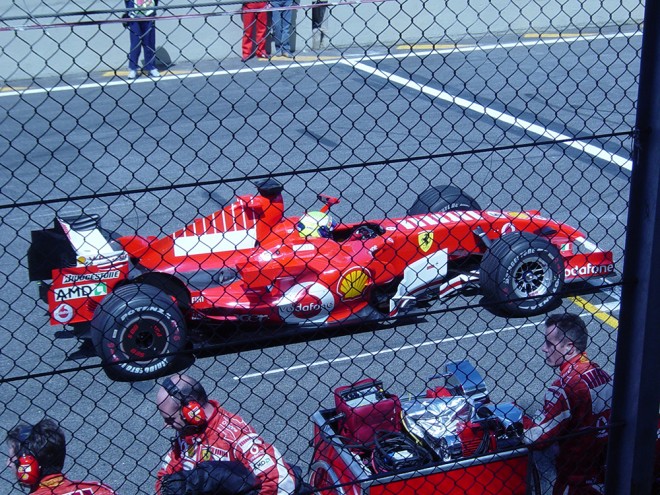 Felipe Massa at the 2006 Grand Prix in São Paulo

The Formula Grand Prix of São Paulo is one of the oldest and famous of the Formula 1 calendar. It happens each year in mid November, and in 2006 I had the opportunity to go there for my first GP ever. It was unforgettable. Even after going to other GPs here in Europe and in Asia, the Interlagos one is among my favourites. 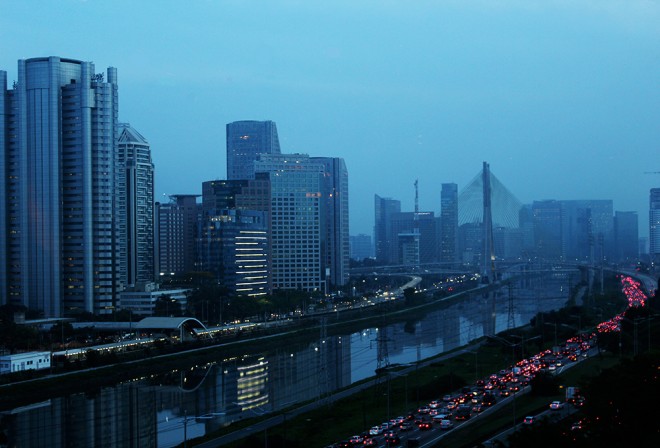 Yes, São Paulo has much more to offer than people imagine. So next time you hear about the city or have the opportunity to go there, try some of these recommendations. You will see this concrete jungle with other eyes. 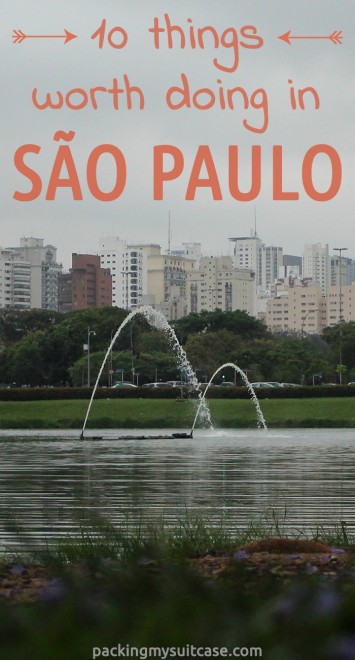