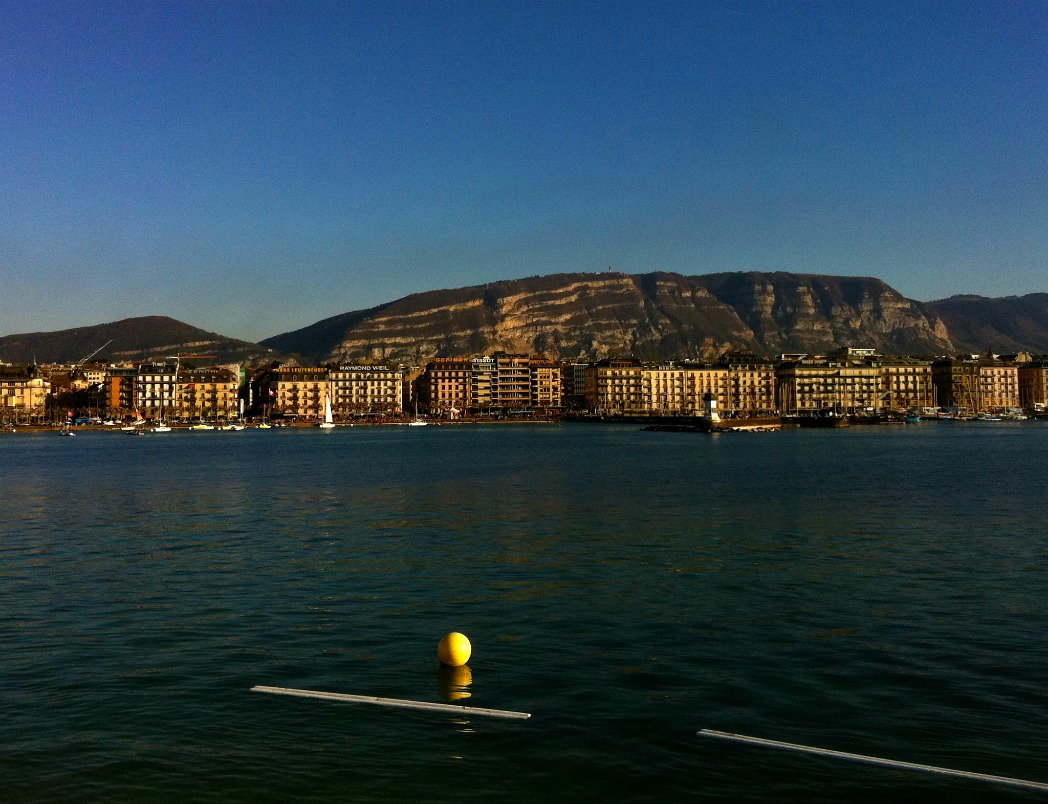 Exactly 4 years ago I was making a big change in my life by moving from Brazil to Switzerland – with my traveling dog, Enzzo – to begin my Master degree in International Relations. I know that I don’t often mention the part of my life which I lived in Geneva here on the blog, but for the first time I am opening my heart about the most challenging year of my life to you.

I know that hate is not a beautiful word, in fact I consider it very strong, but in this case, I just couldn’t use the words love or didn’t like. The year I spent in Geneva was definitely not the easiest one in my life, but I am the kind of person who likes to see the positive side of everything. And the positive side of living in Geneva was definitely how much I grew up and evolved as a person.

I just can’t hide the ugly truth any longer, so before you think that I am crazy or judge me for the title I chose for this post, take into consideration that I was a Master student in Geneva, which means I did not have any job that paid for my costs. I also did not know any Swiss people before moving there and it was my first time living alone, which only made things harder. All I mean is, experiences differ from one person to the other, and this was mine.

I am only sharing this with you because I believe that if I knew some of these things before I moved there, my life would have probably been easier, since I would know what to expect as an international student. So without further ado, here are the 9 reasons why I hated living in Geneva:

Before moving to Switzerland, my University kind of helped me with the Visa process part, which I got in Brazil at the Swiss Embassy. I was told that once I arrived in Geneva, I had to apply for a resident permit. Well, it all sounded simple to me, though I was about to learn that nothing is really simple in Chocolateland.

After taking days to figure out which type of Visa I should apply for, I went to the Immigration Office, waited hours to make a question, and waited some more to go to the right place. People there were not helpful at all to me and everything took ages. After requesting my permit, they told me I would receive it per mail in 3 months. What?! Are you kidding? No, they were not kidding! The worst part is that this document is important for everything you want to do in the country. 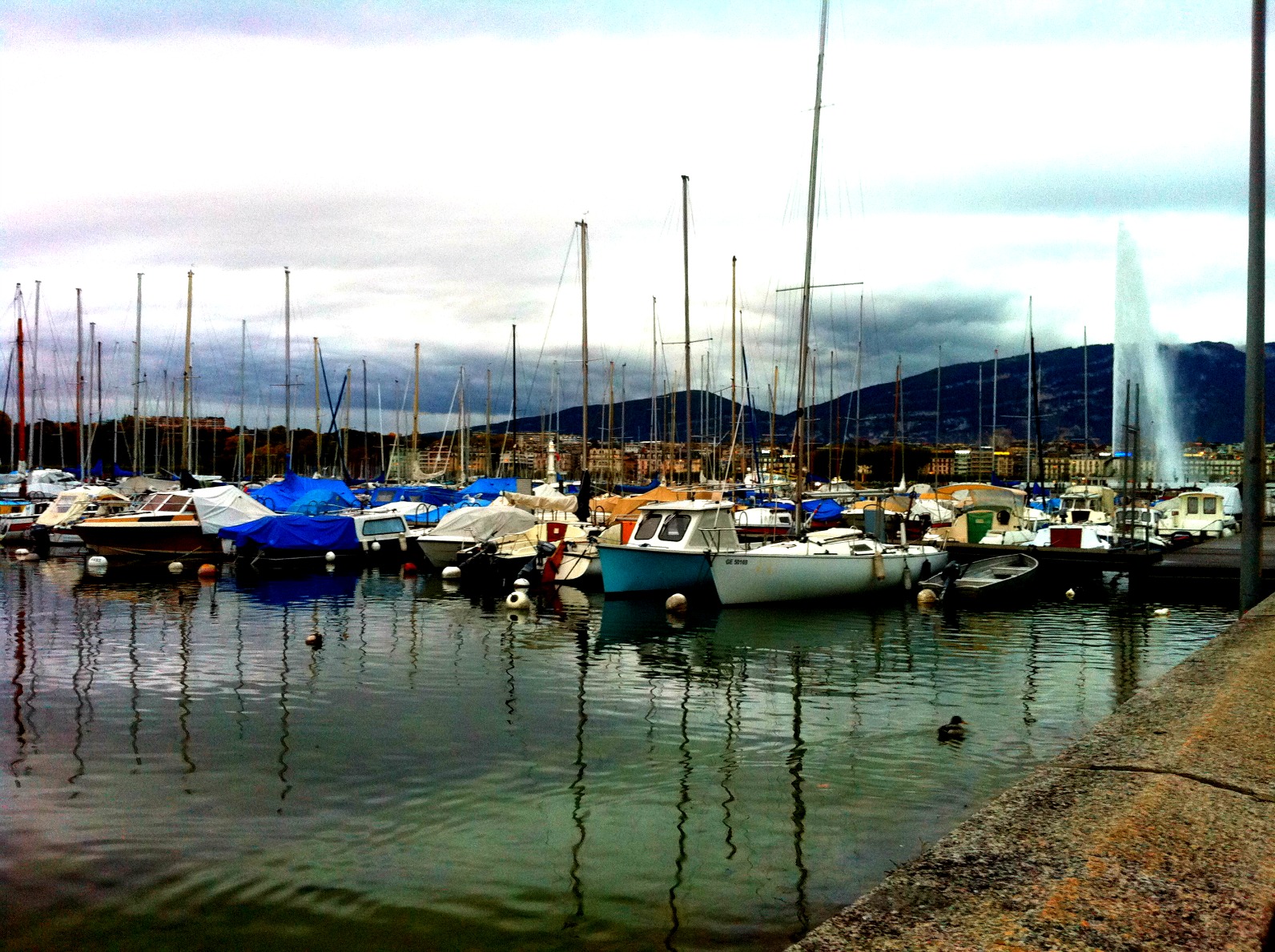 This is a serious well-known problem in Geneva, I heard people mention that the Real Estate Market there is a Mafia. It is freaking hard to find a place to live if you don’t want to spend a fortune, if you don’t have any recommendation – University does not count – if you are a foreigner and if you have a pet. Guess what? This was exactly my case.

Before finding a place to live, which only happened once I was already there – I had to stay one week at a hotel – I fell into one of the Real Estate scams. Yup! I paid for an apartment that did not exist, how dumb am I right? Well, how would I guess that things like that happen in Switzerland? Yes it does dear readers, and more often than we can imagine.

The truth is, Geneva is a small and very international city, the square meter costs a fortune and there are not many options. That being said, finding an apartment to live there is a nightmare no one in the world wants to have.

Oh, so you thought that only housing is expensive? Sorry, but I often say that EVERYTHING in Switzerland is expensive, except for chocolate and cheese.

If you are lucky to have a job in Switzerland, you most probably earn the equivalent money to its living costs, so it is most probably fine for you. However, when you are a student as I was and many other people I knew were, you should be prepared to pay CHF 30 for a simple pizza around the corner (in case you are wondering, the equivalent to  €28 or £20… for a PIZZA).

Ohhh it hurt so bad to go out, to go to the supermarket, to buy clothes! Especially when I knew that just across the border, in France, you could find normal prices for the same things! I have never lived or been to a country as expensive as Switzerland, and I certainly will be skeptical if you tell me about a worse one.

I know, you will probably say that New York, Tokyo, Paris or London are worse than any city in Switzerland, but even in these cities it is possible to buy a coffee for a normal price, you just need to look for it, in Geneva, forget it! When I say EVERYTHING is expensive apart from chocolate and cheese… it really is. 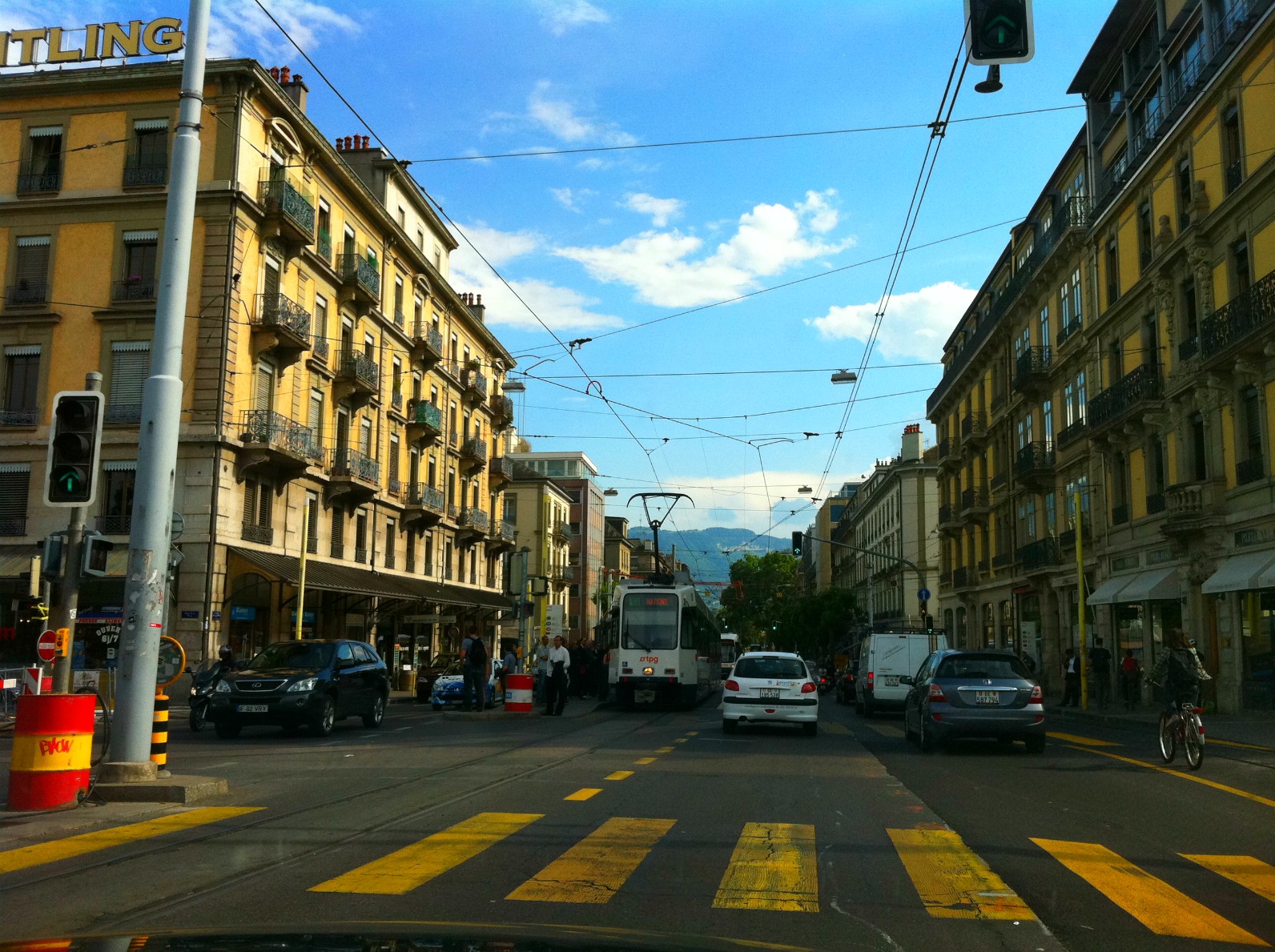 Parking is a nightmare!

When I decided to get a car in Geneva, I had no idea how much stress I was bringing into my life. Ok, I had a clue, but I would never guess it would be so bad.

First, finding a parking spot in Geneva is almost impossible, unless you find one of the private parking, which of course, you have to pay a fortune to park your car there. Second, if you park on the street make sure you pay for it on the machines, which normally only allows you to stay up to 90 min parked. Don’t even think of being late, not even for 5 minutes, or you will get a CHF 40 fine.

Well, parking around my block was impossible; I had nerves breakdowns a few times, trying to find a parking spot. What did I do? I decided to pay for a private parking near my house… sounds cool huh? Only I paid around CHF 200 per month to park my car there. In any case, better than leaving my car in the middle of the street and getting a fine everyday.

You remember that I just mentioned above that it took me 3 months to receive my resident permit? So, what if I tell you that you can only open an account at a Swiss bank if you either have this permit or around CHF 40,000 in your pocket? I KID YOU NOT. So without any other choice, I had to wait 3 months to receive my precious permit so that I could finally have a simple bank account! 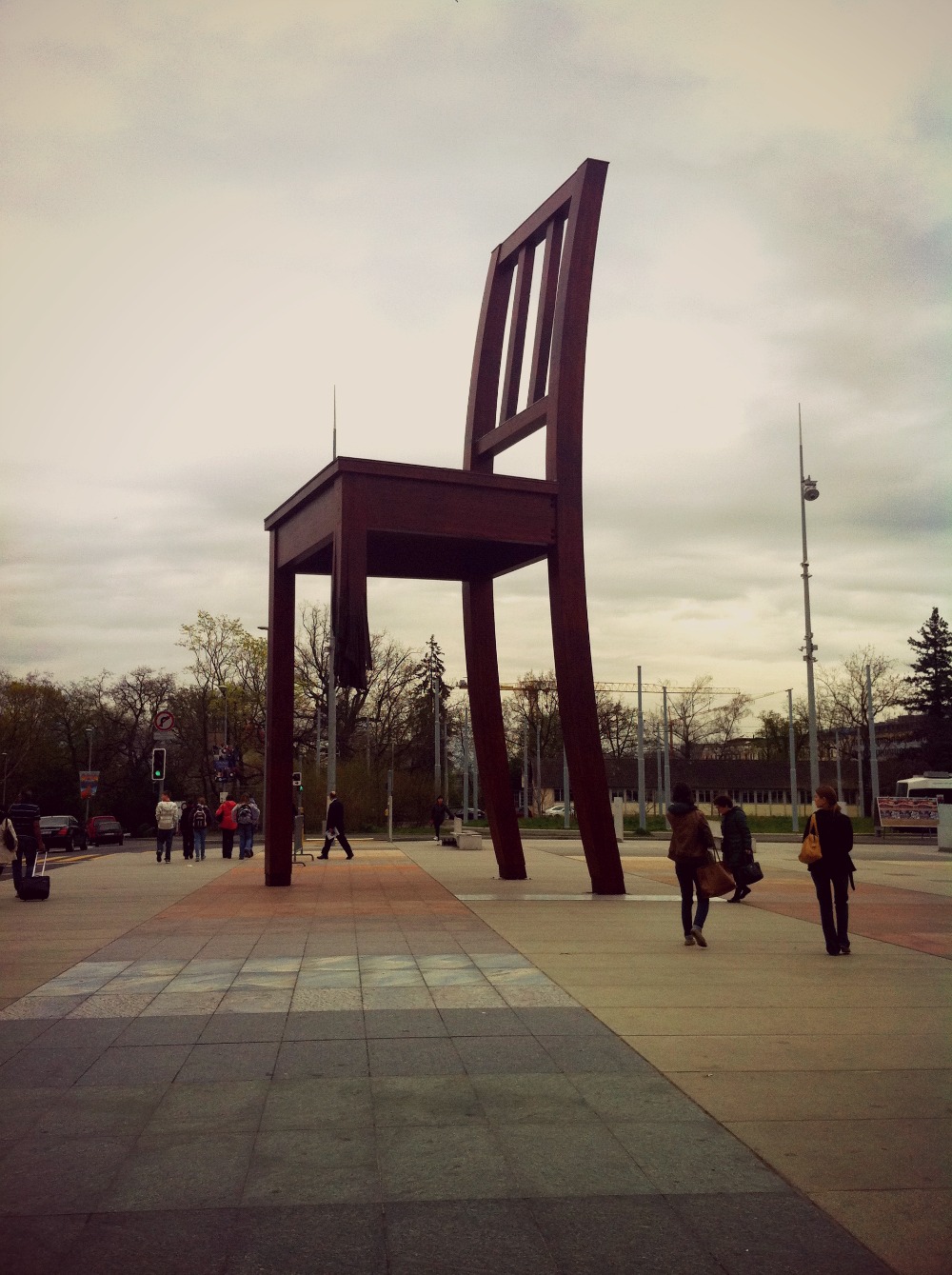 I never hated Sundays, but Geneva’s Sundays made me miss Mondays! It is normal a few things to close on Sundays in every city in the world, but in Geneva, it can be hard to find an open restaurant this day of the week, unless it’s a fast food one. Totally depressing.

On the contrary to what most people think, Geneva is not a safe city! I know people who got their bags stolen, and even people who got beat up or harassed on the streets. Pretty sad, I know, but true.

I know that Europe seems to always be under construction and restoration. The problem is, in Geneva this is something really disturbing and it takes forever until they finish redoing a street. When I arrived there in March 2011 they were rebuilding a street close to my house, when I left one year later, they were still trying to finish it! The interesting thing is that as soon as they finish one construction, they start another one right away. 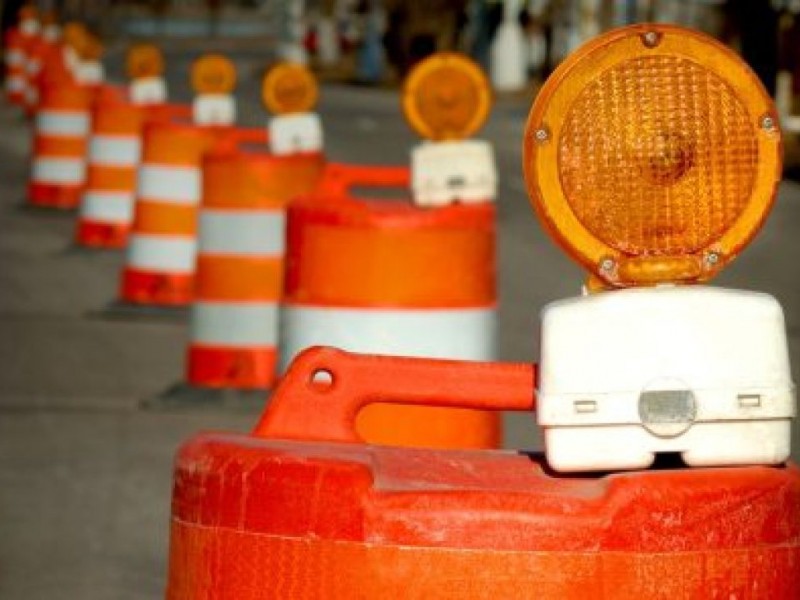 The Swiss have the fame of being slow, and people like to joke about that. Well, THEY ARE! And I hate waiting, I am not a patient person, and living in Switzerland I had to create some so I wouldn’t go nuts! You have to wait a lot for your permit, in line, at the airport, to get your drivers’ license, at the vet, in traffic, and the constructions never end. Anyways, I know that there are places worse than Geneva in this case; in my country things are slower. The difference is, Geneva doesn’t even have 200,000 inhabitants.

This slowness reflects on their efficiency. I know, the Swiss are famous for being efficient, only, I don’t agree with it. I have never had an efficient experience in Geneva, I only learned what efficiency is when I moved to Germany. 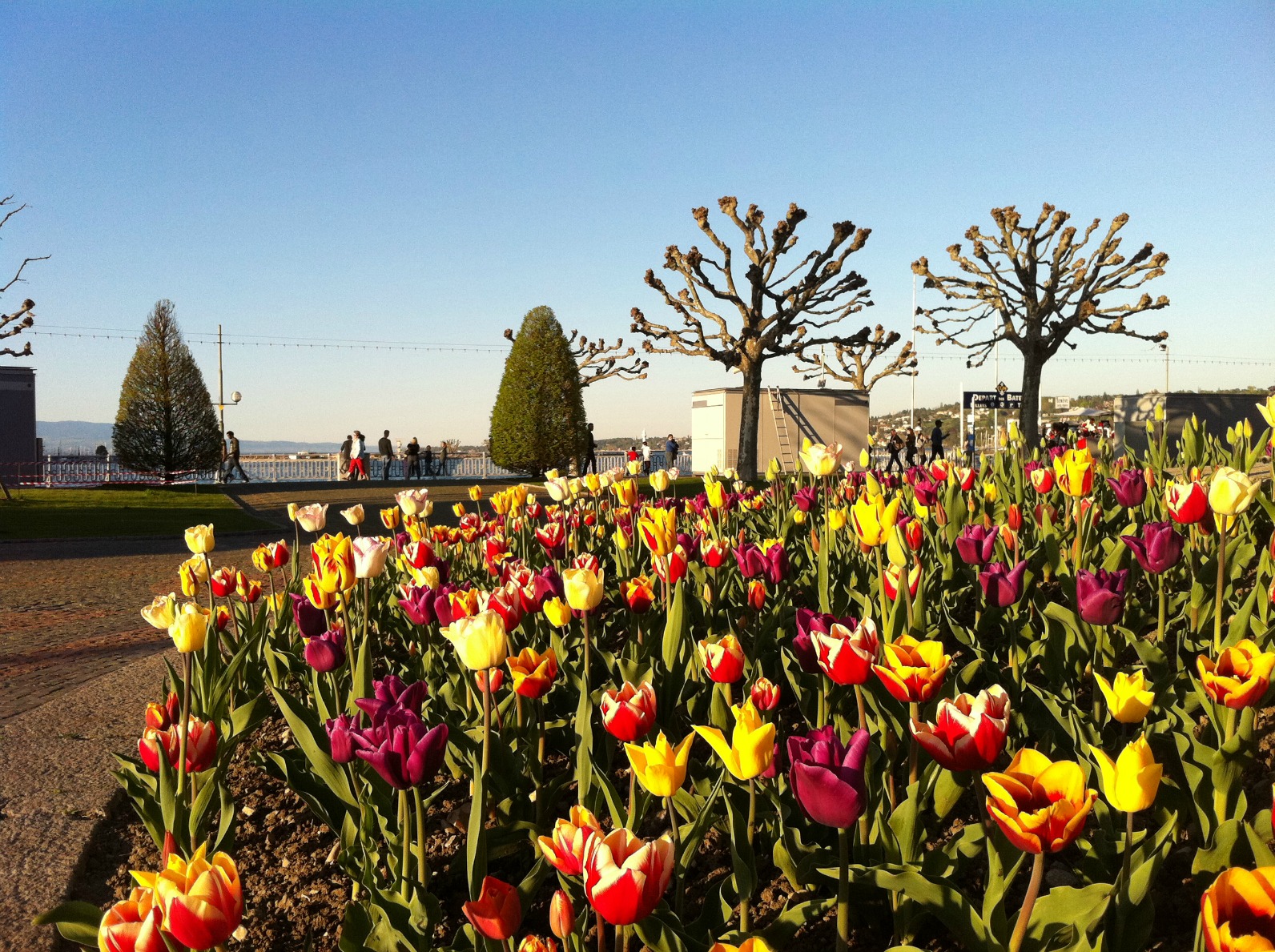 Dear Swiss people, do not be mad at me. I always found you very nice, probably the most polite and nicest people I came across in my life, but my experience in your country was not the best I ever had. I still like visiting though, your country is truly beautiful!

Keep in mind: this was my personal experience. I know people who think different than me, others that agree. Some love Geneva, others hate it. In any case, this is my opinion.