London City Airport has a very interesting project in which travellers and bloggers are invited to share up to 5 images with #NoFilter, all in order to show the true essence of a designated place. They have previously focused on the wonderful Madrid, Switzerland and Dublin, this time Milan is in the spotlight and I am honoured to be taking part on the #NoFilter Milan project, which will be judged by Sara from Ms. Adventures in Italy.

I love the idea behind London City Airport‘s campaign, as most of the pictures found here on Packing my Suitcase have #NoFilter. This is mainly because at first I had no idea how to work with photo editors or anything like that, so I just made sure I had a great picture when I first took it. This habit of mine still goes on, I like to have pictures with the moment’s natural light, as I believe that it makes the image even more special and original.

As some of you might recall, last year I have been to Milan and shared with you a little bit of my impressions of the Italian city. Now I would like to show you 5 #NoFilter shots I took in Milan when I was there in September 2014, all taken with my Canon EOS 1200D and all without flash. Please, enjoy… 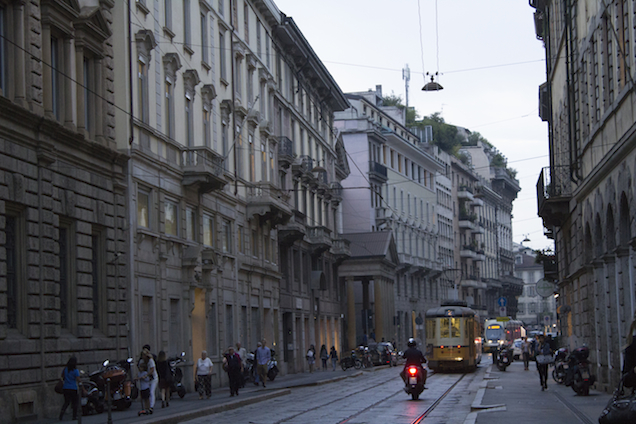 When I first saw this street with the old tram passing by and the stunning Milan’s architecture, I had to stop and take this photo. It somehow gave me the impression that this is how Milan looks like, this is how I will remember this city. 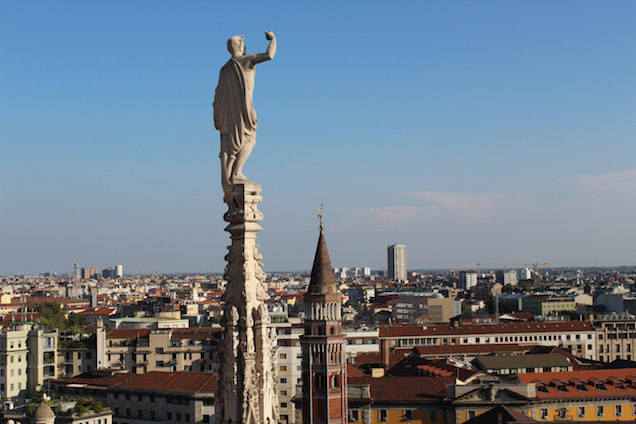 Previous to my visit to the top of the Duomo di Milano, I had never seen how the city looks like from above. I must say I was impressed by the breathtaking view, and by how different Milan looks from above. Hard to stop staring. 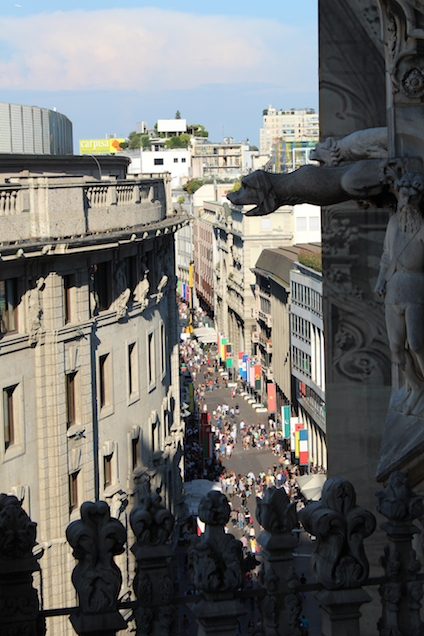 It instantly caught my eye to see the popular and very busy Vittorio Emanuele Avenue from the Duomo di Milano. It was a Saturday afternoon and everyone seemed to be shopping or sitting at a cafe enjoying the September sun. My idea for this photo was not only to register the people on the street, but mainly to combine it with the Duomo, making both share the same image. 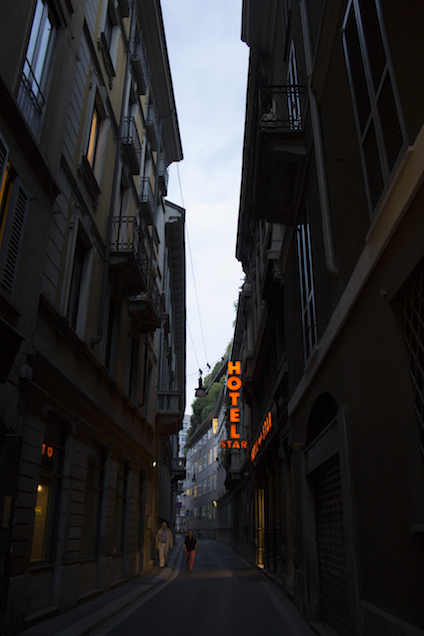 An empty street at downtown on a Saturday afternoon

I passed by this street while I was wandering around Milan’s downtown, and I was impressed by the fact that it was so empty on a Saturday afternoon while other nearby streets were so packed. I really appreciate when I find places like this in a big city, so I had to capture the moment. 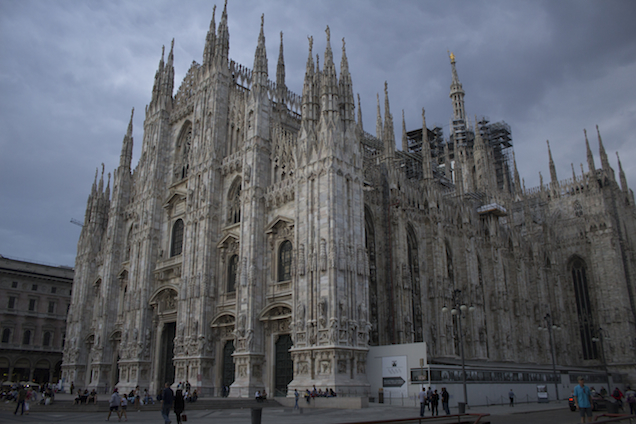 The Duomo di Milano under a stormy sky

I could not just write about Milan without showing a picture of the most famous place in the city, the Duomo. At the specific time when the shot was taken, the sky was getting darker and darker as the rain was preparing to happen. When I saw how amazing the Duomo looked under the stormy sky I had to take the shot, even though at the moment I thought the picture wouldn’t look so good because of the light.

I have never been an expert in photography or photography editing for that matter, so I have always appreciated photos with #NoFilter and any type of edit that even so look naturally stunning. For many years I took amazing pictures with only the natural light and colours of the moment, and the result sometimes even surprised me.

The secret? If you don’t naturally have the eyes for photography, simply look around, observe and find the right moment. Light and colour, they will help… a lot. Also, don’t be afraid to try different angles and take as many shots as you can, you never know which one will look better.

*Disclaimer: this post was a campaign promoted by London City Airport in which I was chosen to take part.