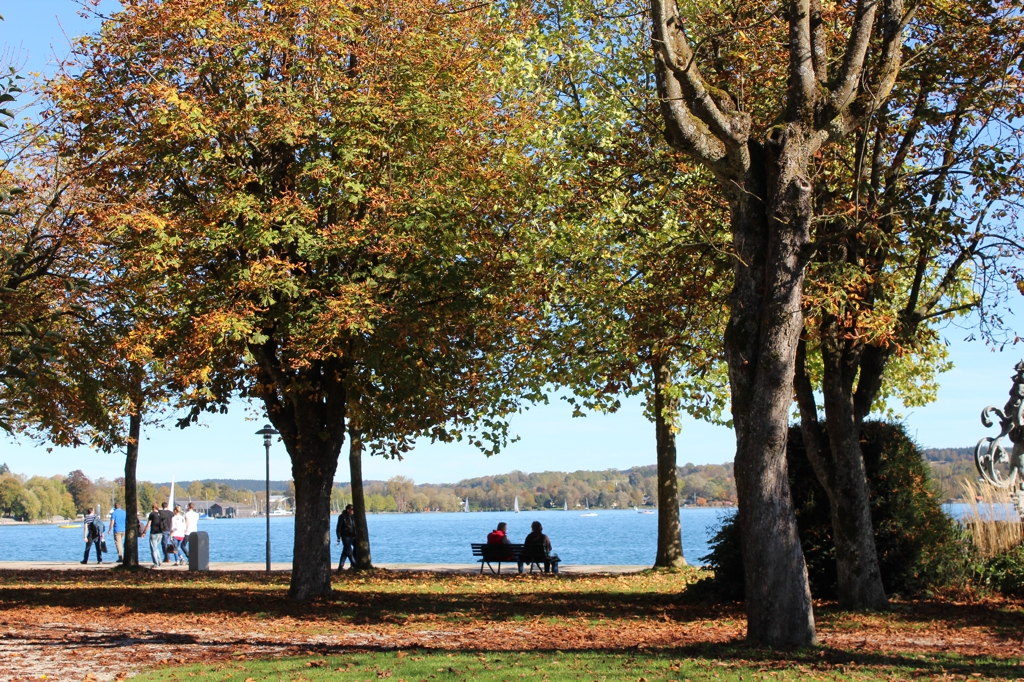 When living in another country, I can’t help but observe the local culture and people’s habits. Since I married a German and moved to Germany in 2012, that’s exactly what I have been doing. Only, I haven’t only observed, I have been making a list of local habits even before having the idea of writing Packing my Suitcase.

The list is long, but I have selected the most interesting ones for me and possibly for you too. Some habits already became so normal to me that it was hard to see them again simply as German habits, they are now also part of my life. While on the other hand, others are still a bit weird for me.

All the items are based on my experience of being married to a German, of having German friends and of working in the country. I have showed this list to W and to some of my German friends, and I must say that they have agreed with every single on of the items, and laughed about it. The most interesting thing is that some of them said: “OMG, its true! I never thought about that!”. Enough with the bla bla bla, here is the list:

The relationship between Germans and potatoes come from many years ago, back to 1589 when they were first introduced by the botanist doctor Carolus Clusius. However, potatoes were only accepted as food in the 17th century, eaten mainly by the poor and farmers. It was only after the famines of 1719 and 1743 that potatoes became an essential part of the German diet.

And man aren’t potatoes adored by the Germans! Probably every German dish you order will come with potatoes… fried, cooked, baked, grilled, whatever you like. It’s like rice for the Asians and South Americans. If a German would spend too long without eating potatoes of any kind, they will start complaining. I don’t blame them, I love potatoes too.

Now, cucumber is something that you find very often on the food in Germany. Of course, not all Germans like them, W for example hates it – so do I for that matter. Cucumbers are not only found in sandwiches, or hamburger from Mc Donalds or Burger King, they are also on Chinese, Thai and Italian food, on sushi, soups and even in cocktails!

Unfortunately I cannot explain why there is cucumber simply everywhere. If you like them, good for you; if you don’t, be aware not to bite one by accident! 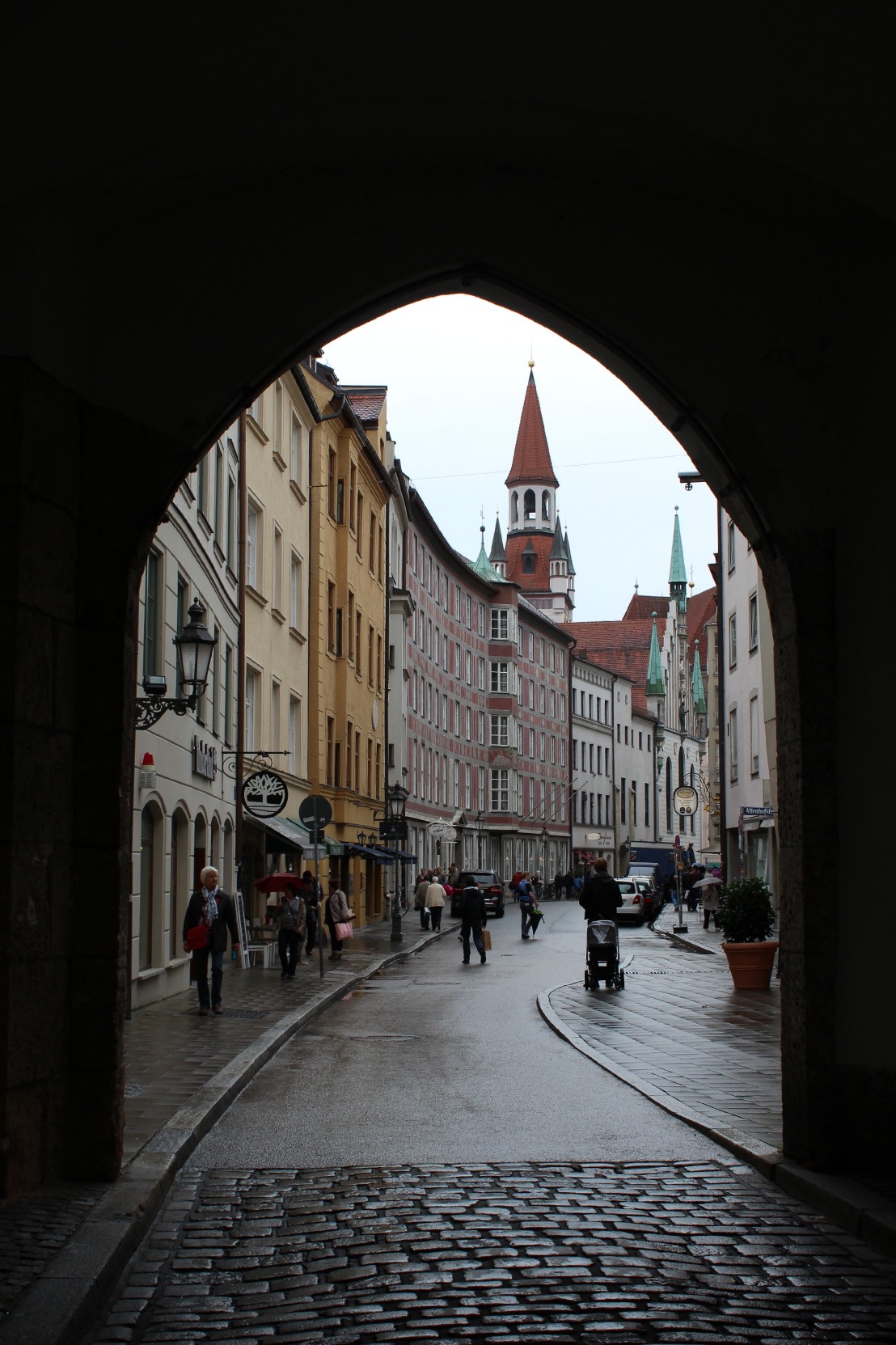 If there is one thing you must know about table manners in Germany, is that you should always wait for everyone to start eating. Unless their food is taking too long to arrive and they say its ok if you want to start. Otherwise just don’t, that is very impolite.

I don’t know how is it like to go to a sauna in other countries, as I don’t often go to saunas. However, if you are thinking about going to a sauna in Germany you might want to know how things work when you are there. It is common for both women and men to be naked in front of each other. Yes.

There are saunas only for men, only for women and for both; it works the same with all. So don’t be scared if you see all women/men naked in front of each other, that is how it works here. No one will look to your body parts, but they will probably look at you if you are wearing a towel.

If you set up to meet a friend in one week from now, it is settled, the meeting will happen even if both you don’t talk about it until there. I like that! Promise is a promise, unless one of you isn’t able to go and let the other know in advance. At the beginning I thought I had to be always reminding my friends: “are we still on for Saturday?”, but with time I learned how it works. Just make sure not to forget the date! 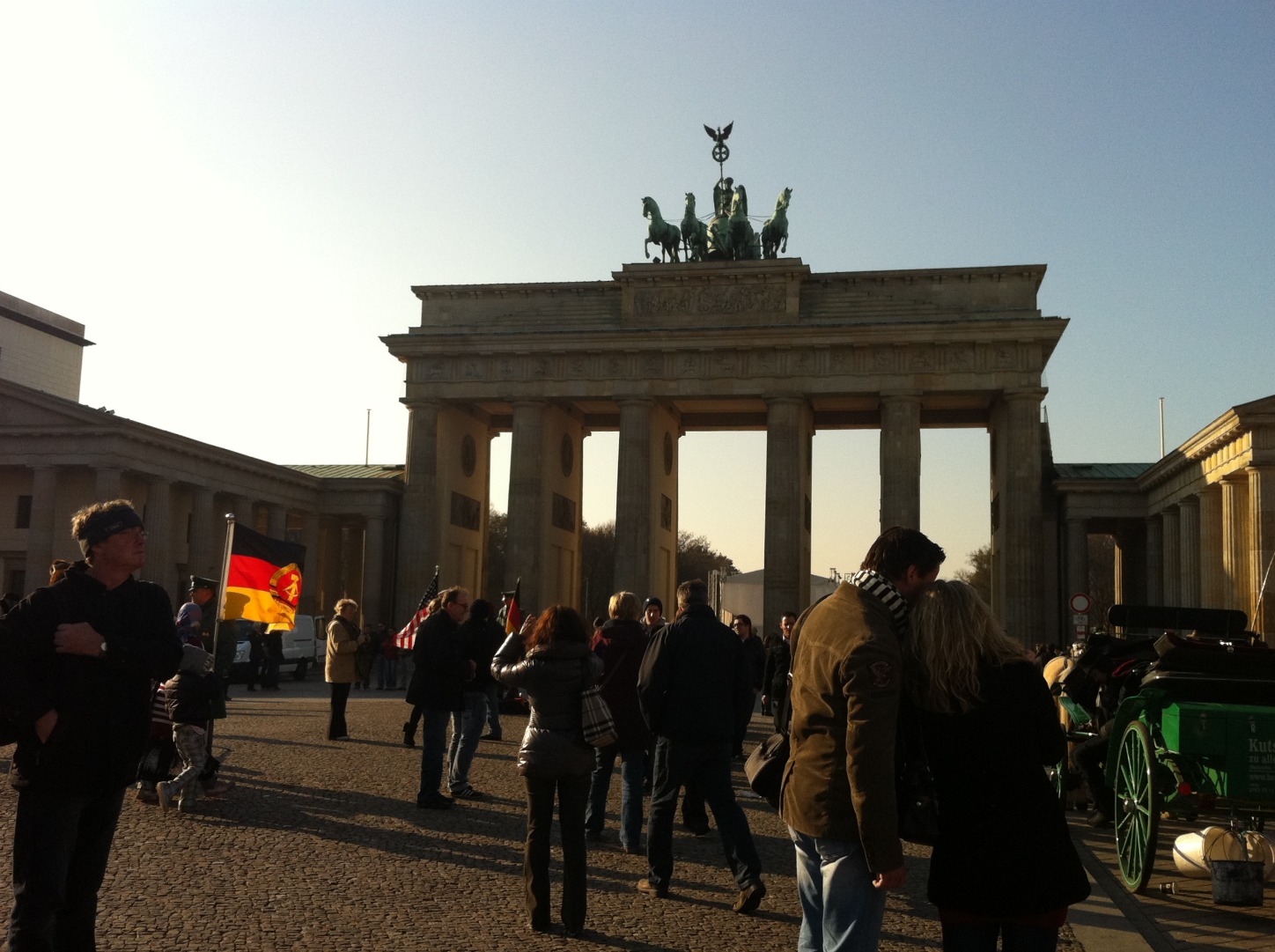 Schnaps are basically shots, in German. After dinner or at the end of the night at a bar or restaurant, before everyone leaves, someone will say: Schnaps? I don’t know why – and neither do they – there must always be a Schnaps at the end. It doesn’t matter if you have been drinking wine the whole night, you need to drink one, for the sake of making some Germans happy!

I am always impressed with the German solidarity among friends when someone is moving. I come from a country where you have to pay a lot for a company to move your stuff to your new home; and sometimes some of your stuff will never get there, or others will be broken. No one helps you to move.

However, here in Germany when someone is moving they let everyone know and ask for help with the move. And everyone helps, for fun or for consideration for this friend… everyone soon or later will also need some help with moving, so why not just help each other? At the end, no payment needed, just a few beers, Brezen, pizza or sausages and fun with your friends.

If you invite someone to have dinner at your place, they will most probably bring a bottle of wine along. It’s a way to say thank you for the dinner and to appreciate the invitation. Oh I love that! 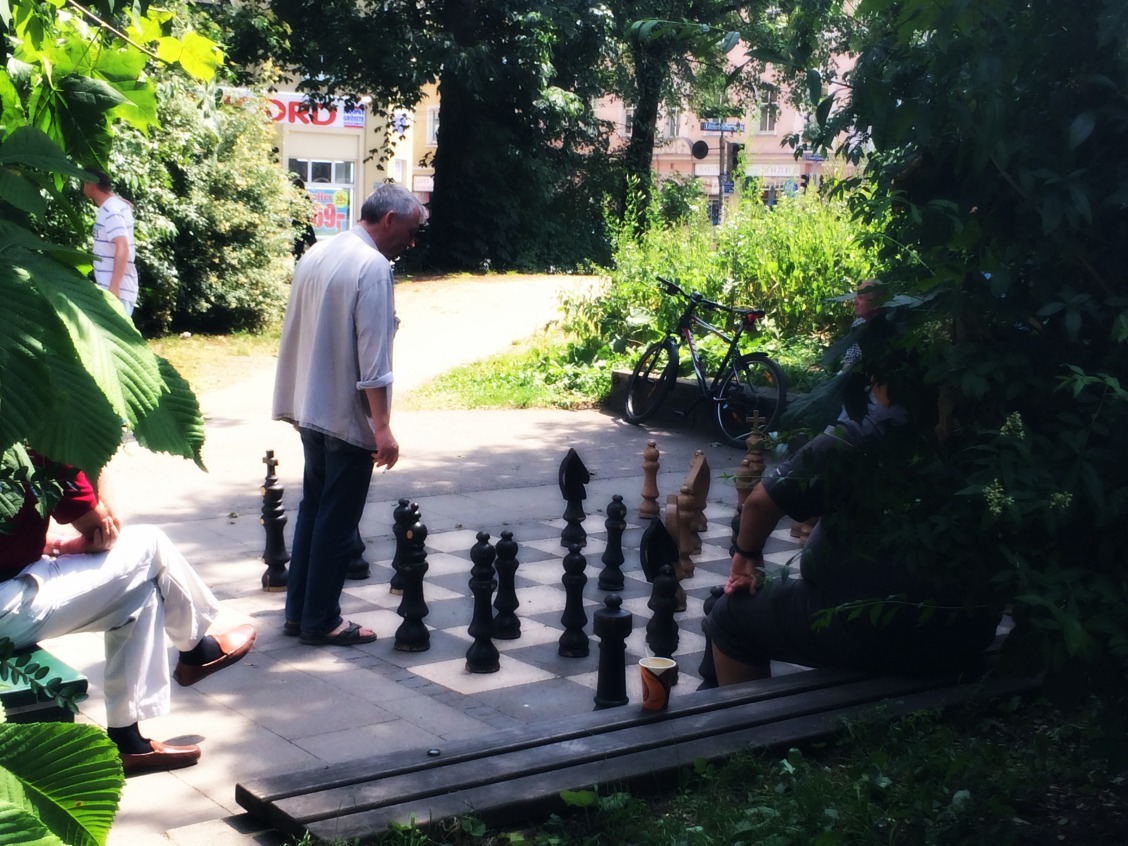 I don’t know what is it with the Germans – mostly the men – when it comes to building or fixing. They simply love fixing a domestic problem with a sink, a window, a door or a shower in need of repair. They also love building furniture, especially from IKEA, with football on TV, a beer and tools in their hands… here they go having some fun.

Looking at any restaurant or bar menu you will see this word very often. Schorle is nothing less than a juice (sometimes also wine) mixed with sparkling water, and the Germans love that, especially the women. It is probably the most popular drink around after beer. The most common one is Apfel Schorle, with apple juice, though there are several other options with rhubarb, passion fruit, lychee and so on. 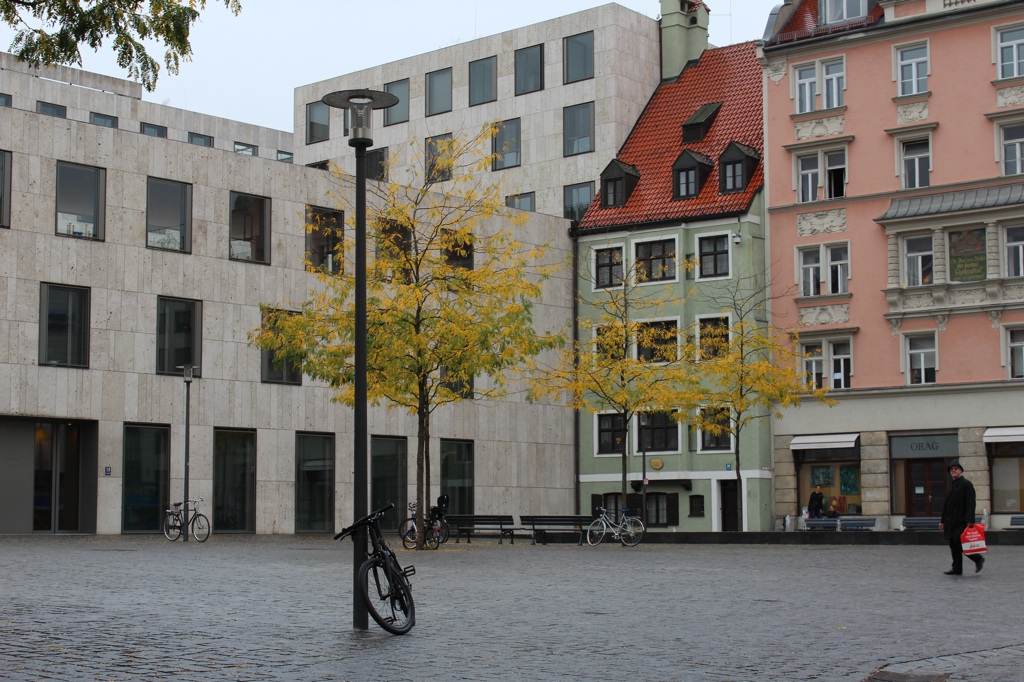 Look into the eyes

Germans are famous for the beer, for drinking a lot… but if you ever do drink with a German, please remember to look them in the eyes when making a toast. It is respectful; it means they can trust you. And don’t forget to go along and say Zum Wohl or Prost. 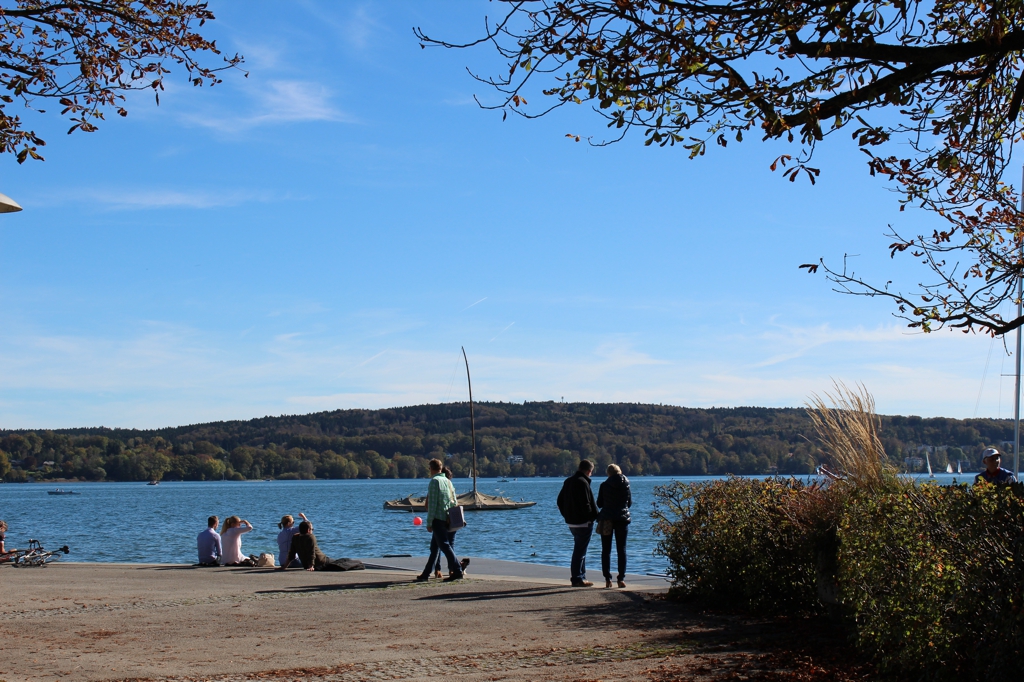 I bet you expected to read something about drinking beer and punctuality, but there is much more about the Germans than we think!

*** The items of this list were of course based on my view as a Brazilian living in Germany. It might be that in your country or in the country where you are currently living, some of these habits are similar.