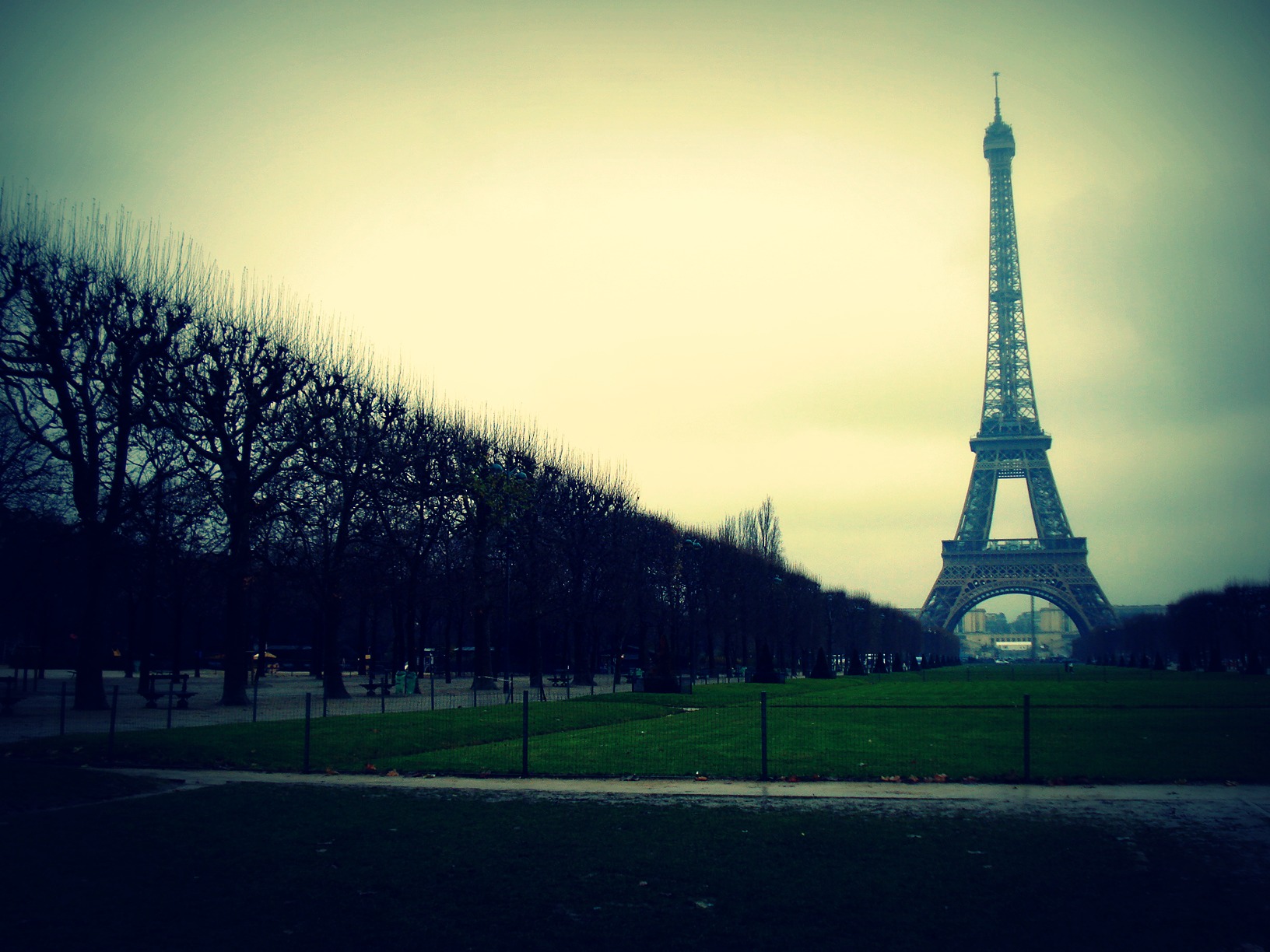 Every place has its dark side, every place has its flaws and its imperfections, after all nobody is perfect, nor is a place. That perfect image people tend to have of Paris often leads to disappointment, or the very least, to unexpected surprises when arriving there for the first time.

Since my first visit to Paris in 2003, I hear many people saying that they fell instantly in love with this well-known romantic city. Meanwhile, others needed to give it a second chance in order to fall in love with it, and many others still haven’t felt this love.

I was one of those people who instantly fell in love with Paris. However, it was only after I lived there for a few months that I discovered and noticed things that the vast majority of tourists don’t, or at least don’t want to. Maybe because they prefer keeping the good image of the city.

Well, for those of you who so far have only seen the perfect side of Paris, I am sorry, but I am about to show you the reality I have experienced throughout the years in the city. Don’t get me wrong, I love Paris and always will, I already introduced all the reasons that make me go back again and again to the city of lights on my post Why is Paris always a good idea? Now its time to tell you what I find to be the imperfections of Paris.

This is not a surprise to any of you that ever planned to visit the city. Not only hotels and food are expensive, but if you ever lived in Paris or ever met someone who did, will know that they have even more reasons to complain about this problem.

A small studio of 18 square meters in the city center may cost between 700 – 1000 Euros per month. The average price of an apartment per square meters in the city center costs 10,000.00 Euros, just in case you want to buy one. A monthly pass for the public transportation costs around 60 Euros. A regular cappuccino may cost you up to 4 Euros. So yes, Paris is really expensive, not a “conventional” expensive. 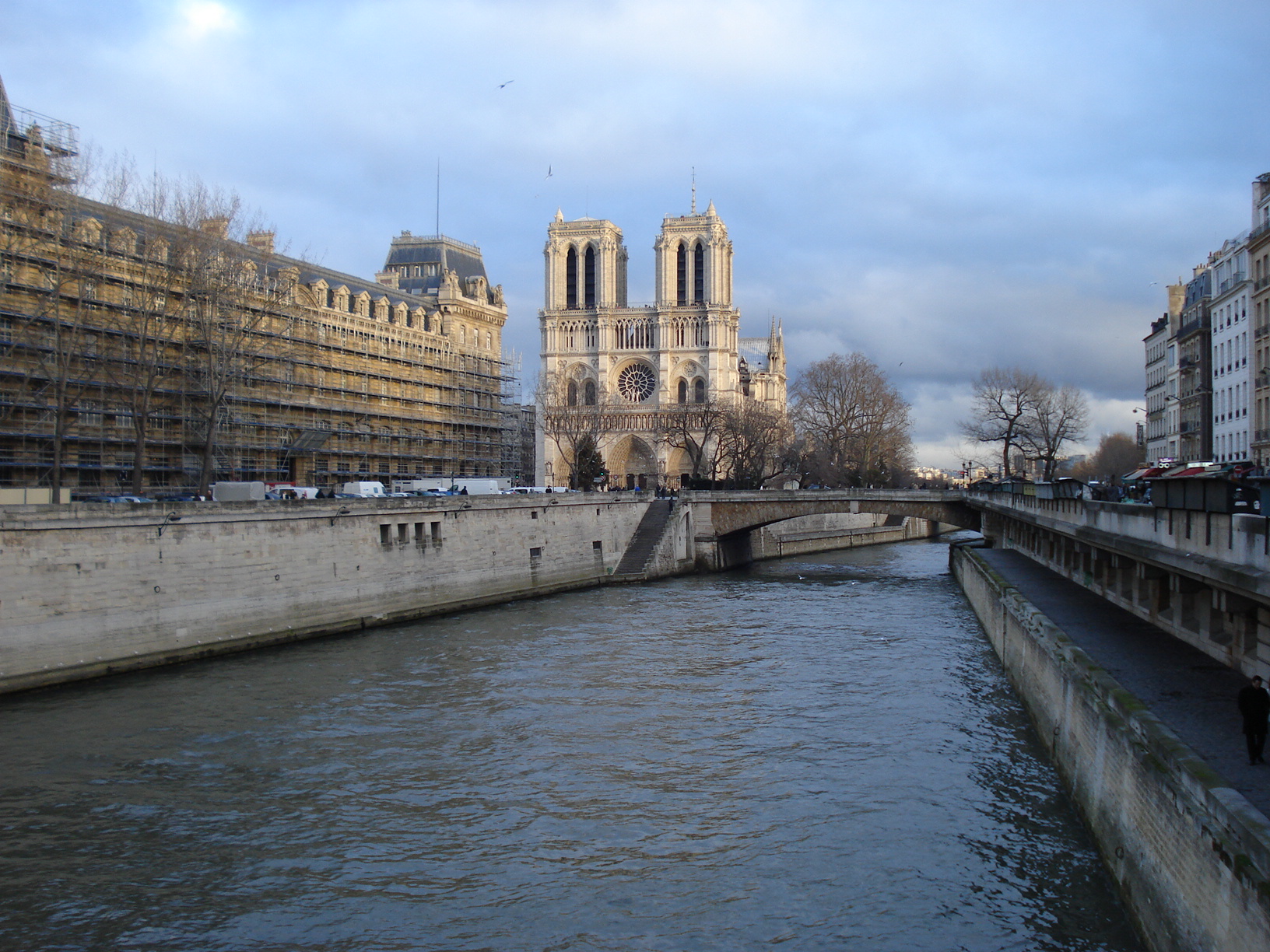 Of all cities I have been to in Europe, Paris is by far the most insecure one. I have seen victims of violence on the streets, cars being burnt during protests, and have been a victim of one of the innumerous scams that happen every single day around the city. So be careful when stopping by the Eiffel Tower to admire it and take a selfie without paying attention around you. Be careful and don’t accept help from strangers, unless you request.

Whoever says that the Paris metro is organized, efficient and with good infrastructure, has never been to London, Munich, Madrid or even to Budapest. It’s not only because of the fact that it is dirty – once I witnessed 3 consecutive trains with poop spread in its wagons – but also because it is incredibly tiring, there are endless stairs and it is rare to find an escalator, good luck if you need to carry your luggage around. If you are a disabled traveler, forget it; there are no elevators, maybe in the new stations.

I lost count of how many times the metro I used to take to go back home was blocked at some point in the middle of the way, because of an “accident”. Not to mention that sometimes to make a connection you need to walk around 2Km to 3Km from one train to the other – I am serious! 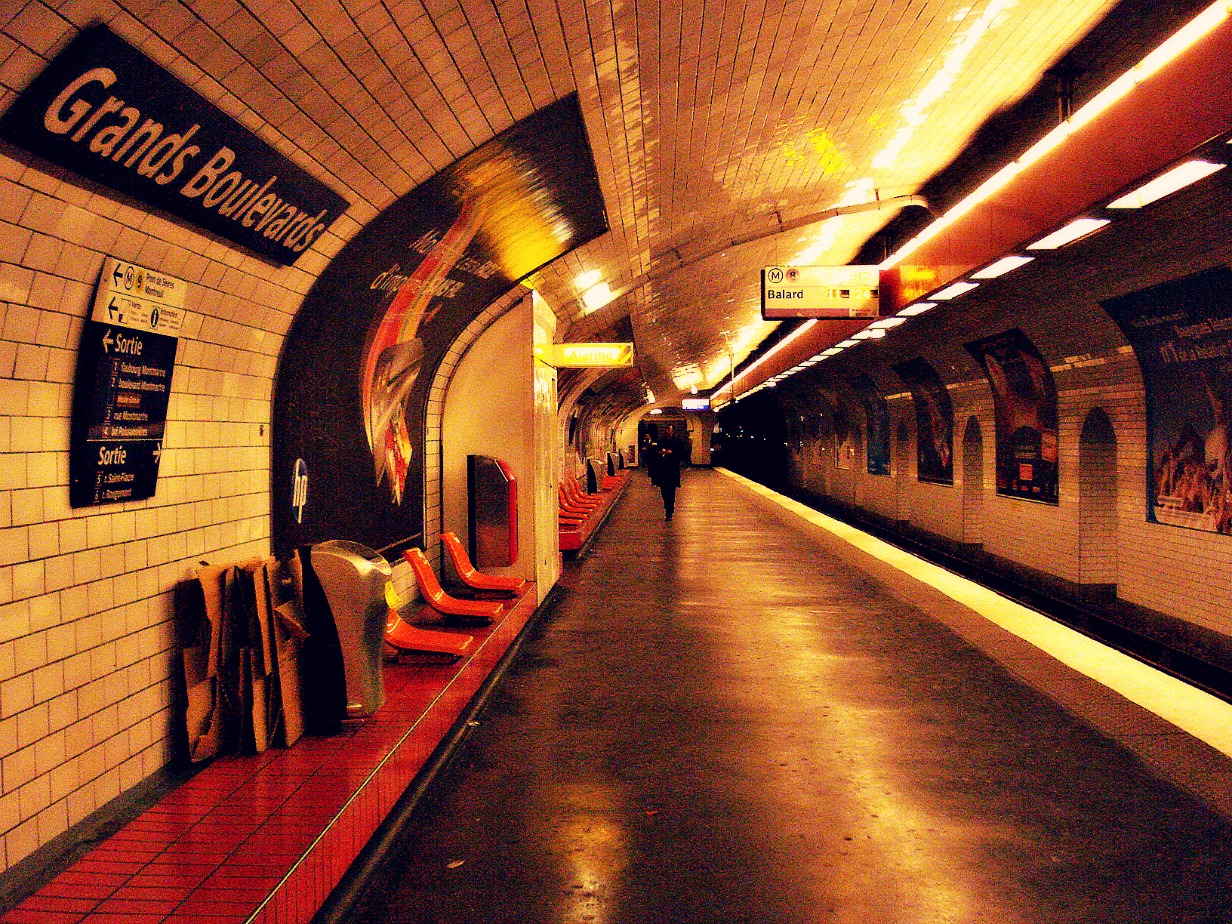 Pickpockets are probably the worse nightmare for tourists in Paris. Whether you are admiring the Eiffel Tower, taking pictures in front of the Arc du Triomphe, watching one of those street presentations, talking to a friend in the metro or walking on the Champs Elysées… they are there! Observing you, waiting for the perfect moment to steal your phone, money, wallet… and you will only notice it when it’s too late. Be careful!

Calm down, let me explain! Paris is a luxurious city, and as tourists we only pay attention to the beautiful buildings and its stunning façades. What we don’t know is that behind that “post card” image, there might be an awful, tiny and weird studio.

When I was living in Paris I wanted to move to another apartment, ideally the cheapest possible, and at the same time to a “normal” and comfortable place. So one day I signed up to visit a possible option – along with other 30 people. Arriving at the building – in a very nice neighborhood and looking amazing on the outside – I was chocked to see a room of 17 square meters where the bed, kitchen, toilet and shower shared the same space… THE SAME SPACE!

Can you imagine cooking while your boyfriend is using the toilet right beside the oven?! Oh, did I forget to mention that it cost 700 Euros monthly to live there? Eww, no thanks!

If you ever been to Paris you have noticed peddlers selling trinkets by the Eiffel Tower, or nearby the Basilique du Sacré Coeur. I don’t know about you, but I have had bad experiences with them. Especially if you are a woman, be careful when they come to offer you something, they can be very persistent and persuasive, most of all annoying and aggressive if you insist on saying no!

Thanks to W, one of the guys stopped pestering me and my friend for putting some kind of wrist bands on our hands, even after we said no about a 1000 times. Though, the guy’s friends weren’t too happy about W telling him to leave us alone, so they threatened him saying: “be careful, we are too many”. Well, I don’t like them, and I avoid them as much as I can, they make me really uncomfortable. 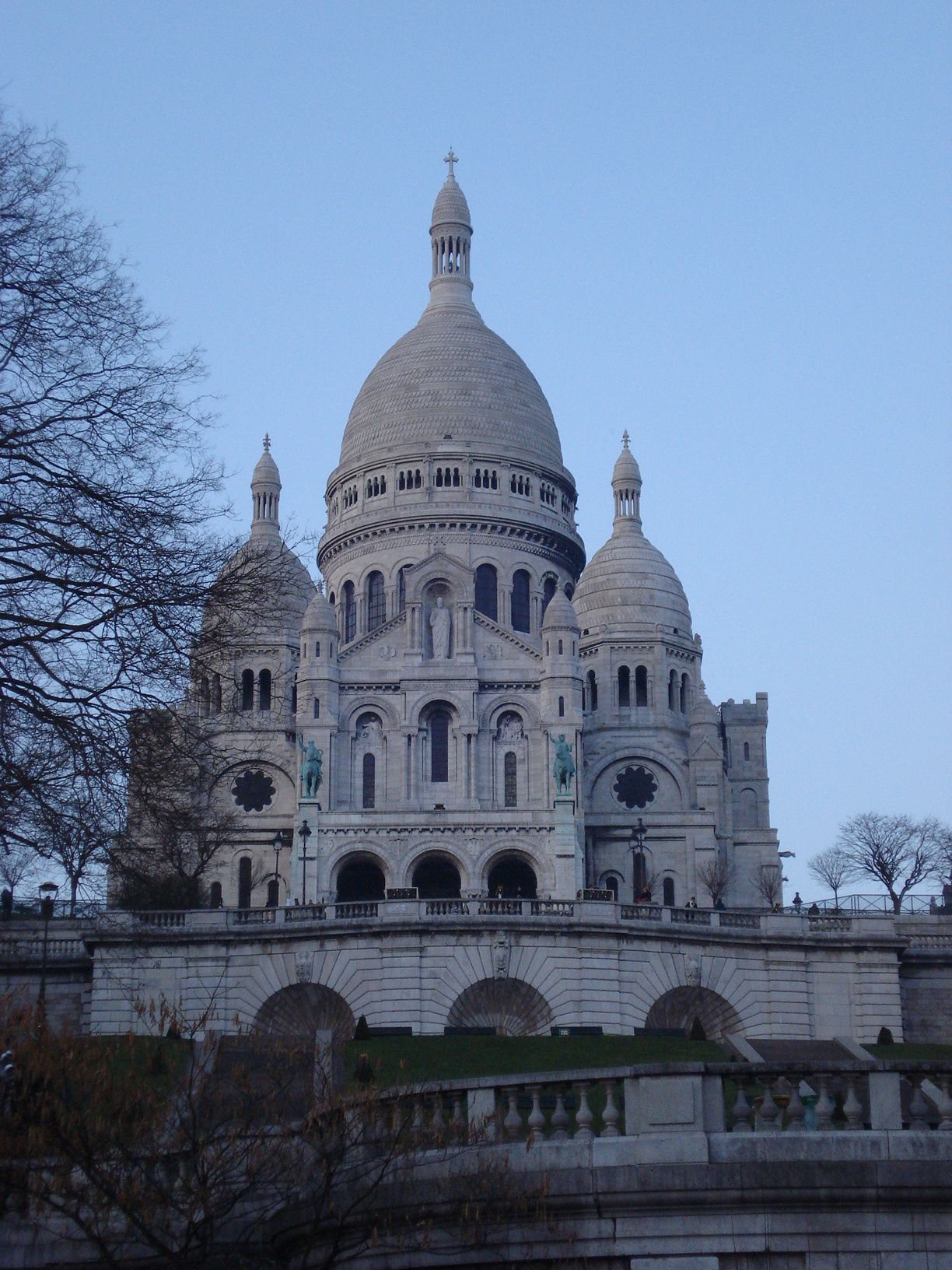 No doubt, Paris is a stressful city for those living there and also for tourists. There are always too much noise, too much traffic, too much people running in every direction bumping into you or asking you to step out of their way, too much signs, to many lines… but too less people willing to help you find your way.

Music in the metro

Of all before mentioned imperfections of Paris, this is the least one you should be concerned about. However, it is an imperfection I hate, and one that many other big European cities have: people playing an instrument or singing loud in the metro and asking for money. I seriously hated that when I lived in Paris. Listening to these people early in the morning already made a bad start on my day, not that I don’t like music… I just don’t like BAD music, especially if it’s too loud and in the morning. Sorry! 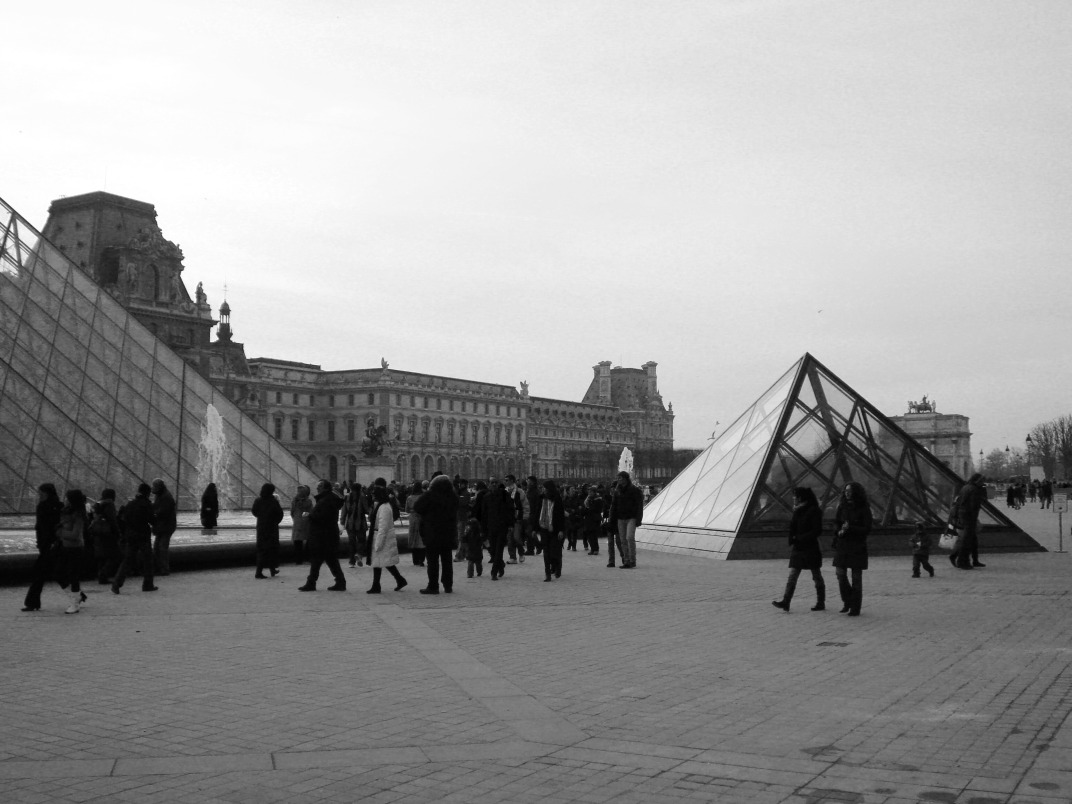 You may or may not agree with all I said; these are all my personal experience and opinion. If you do have any other imperfection of Paris to add, please share with us. If you do or do not agree with me, please do share your thoughts too 🙂

Post part of the blog link up All About France