What dog moves from one country to the other? What dog changes continents and travels the World? What dog gets a passport and travels by car, train, boat and plane? As you may imagine, not many. However, mine is one of them; and that is what this post is all about: my traveling dog, Enzzo.

Enzzo is a Golden Retriever, one of my travel companions, to be exact the most special of them. He was born in Brazil – my home country, and where I used to live – and lived there for 4 years of his life enjoying the sun and the beach. This was until I moved to Switzerland in 2011, and brought him along with me.

Enjoy the sun and the beach in Brazil

Growing up in by the beach in Brazil

Before the big move, Enzzo needed to get a microchip implanted in his body, go through some examinations, and get vaccinated, all to meet the Swiss/European requirement for being “imported” and becoming a new citizen. The process took around 3 months, and I didn’t mind going through all the trouble just to have him by my side, and I guess he didn’t mind either… 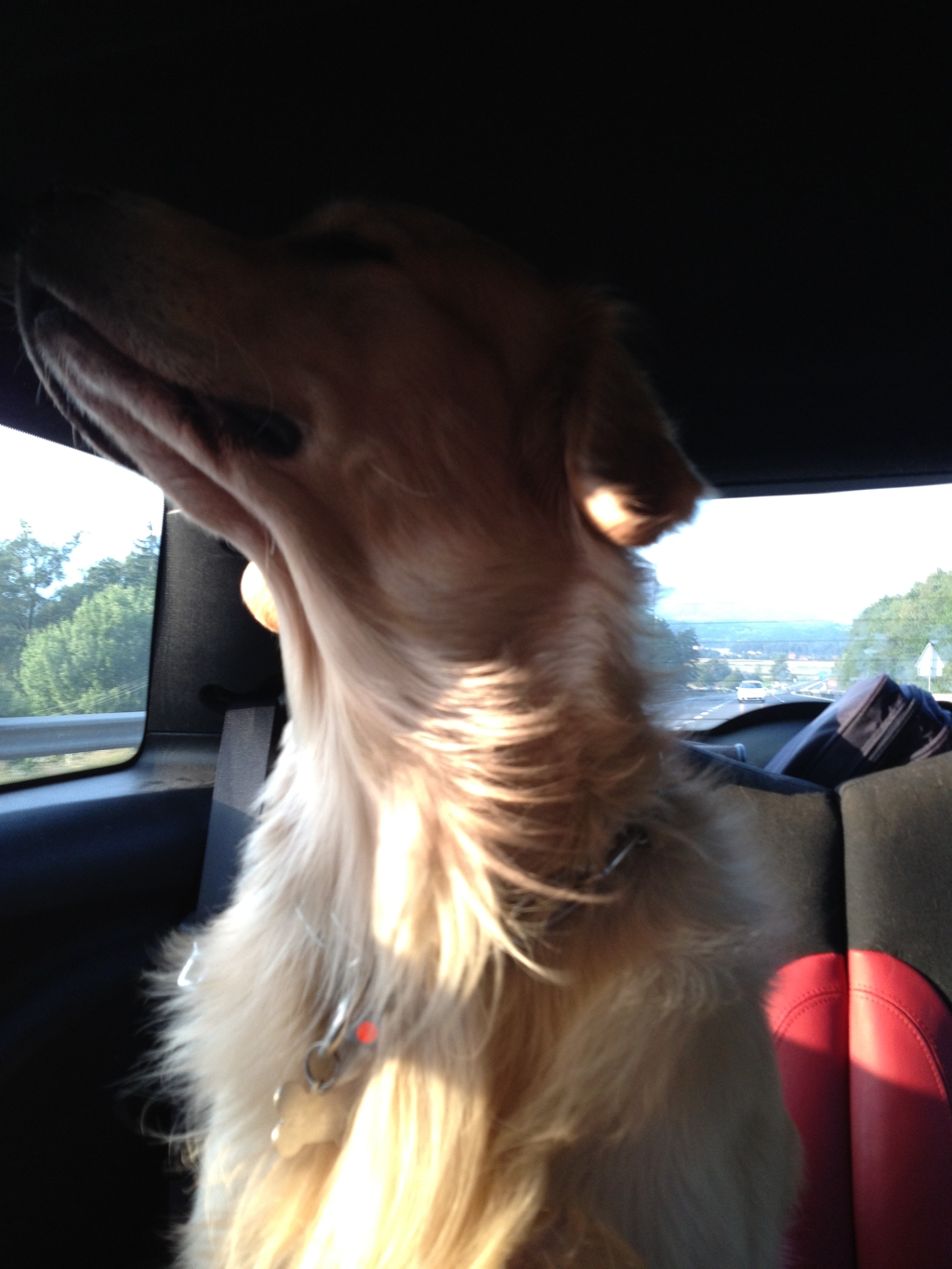 After the long plane journey – his first and only until today – we arrived in Geneva, where we would live together for 1 year, and where he would get his first dog passport! Enzzo was then, a Swiss citizen. Both of us had to learn some rules about the new country, and make some changes in our lives. He would now take the bus and the tram with me, go to restaurants, to the lake, take longer walks, meet new neighbors, wait for me outside the supermarket, and wait for me to clean his little “mess” on the streets.

We had an intense year in Switzerland. I learned to be a better dog owner; he learned to be a better dog. We grew up together, faced hard days, funny days, and lived unforgettable moments. We packed suitcases almost every week to visit W in Germany… we drove together back and forth, which resulted in approximately 50,000 Km on the road! And he was always there with me.

Exploring the new neighborhood in Geneva

1 year later, everything would change again… we were now moving to Germany! W asked me to marry him, and he wanted to be Enzzo’s father. Now we had to move again, learn a new language, new rules, make some new friends, visit new places, change our routine… and get a new passport! Since 2012, Enzzo is a German citizen, though he doesn’t understand the German language much, except for “nein” and “sitz” (No and sit).

Throughout these last 3 years my traveling dog also got the chance to travel around Europe with W and me: he swam the turquoise waters of Croatia and the Lake Bled, visited the Ljubljana’s Castle and the Schönbrunn Palace in Vienna, walked through the old streets of San Marino and Verona, traveled by train in Switzerland and by boat in Croatia, watched an amazing sunset and had dinner in a boat-restaurant in Budapest, and played with snow for the first time in Regensburg, Germany.

Click on one of the photos to see the slide show…

Waiting for the train in Geneva

Walking the streets of San Marino

At a boat-restaurant in Budapest

At the Schönbrunn Palace, Vienna

On a boat, Croatia

My traveling dog has seen a lot, and still gets excited every time I pack his things for a new road trip. However, he doesn’t appreciate suitcases as I do, along the years he has associated suitcases with me leaving him… so I try to pack as last minute as I can, especially if it’s a trip he is not coming along. 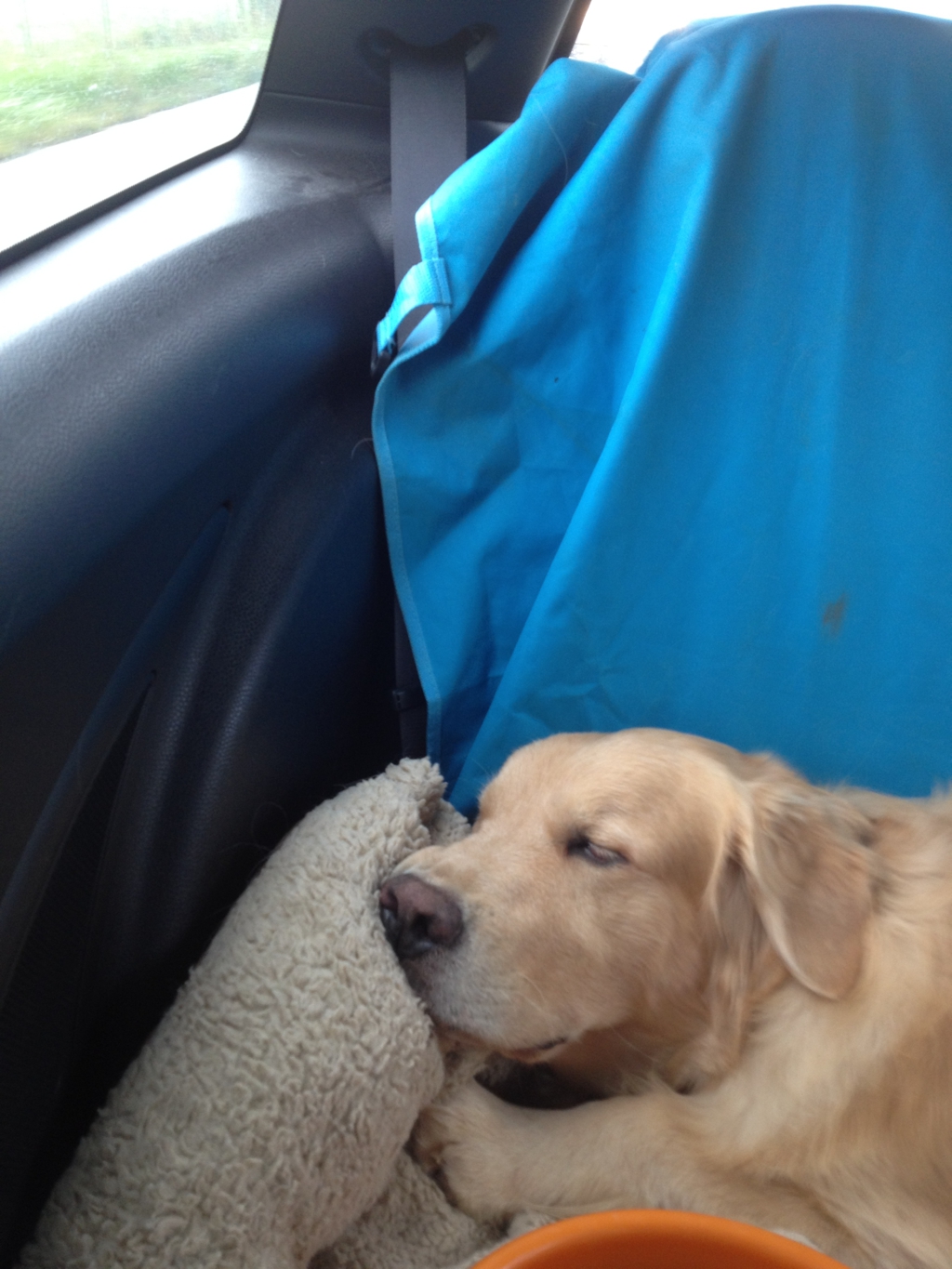 Dog hotels stayed: 5 (yup, DOG HOTELS… but that’s a topic for another post) 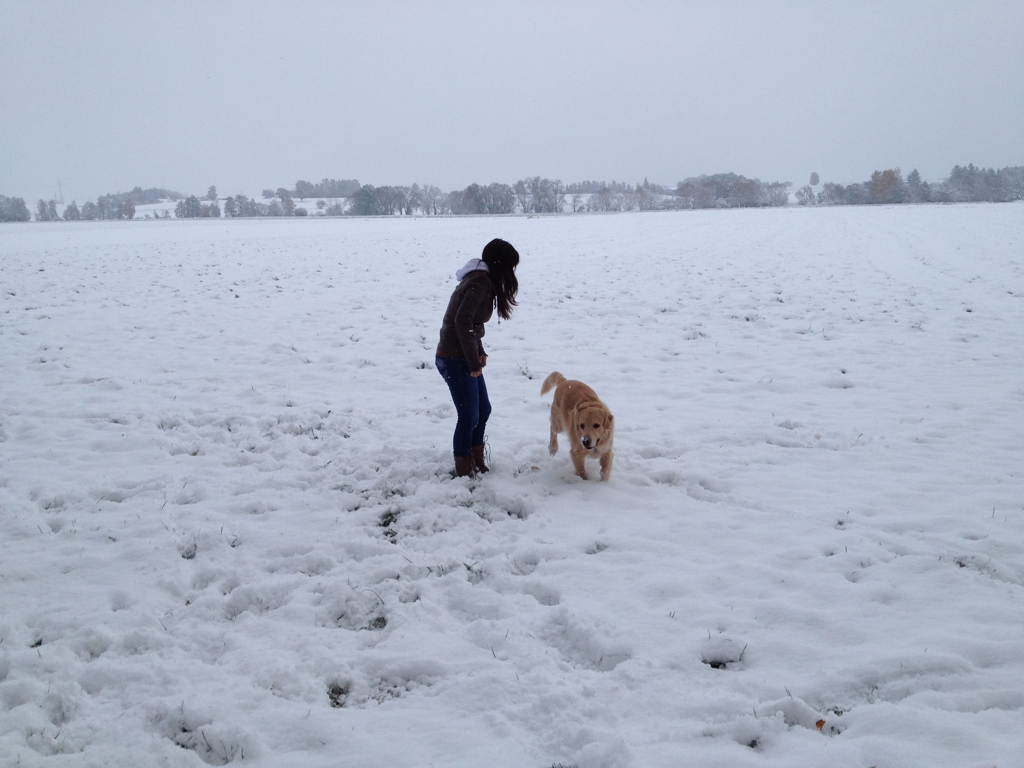 There we go, my traveling dog is officially introduced to all of you!