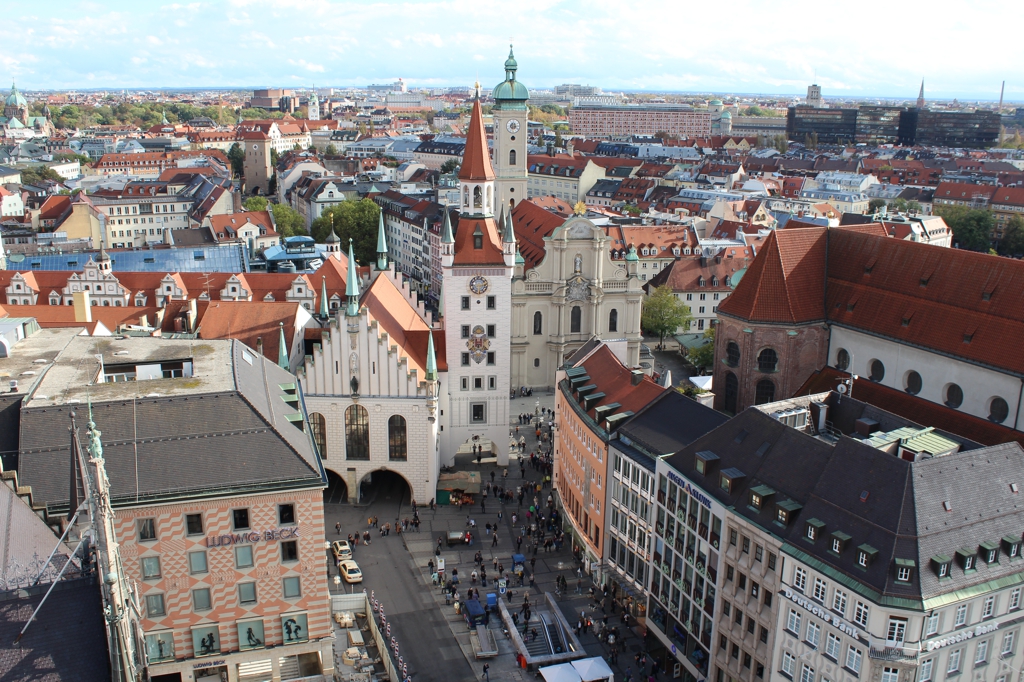 Munich is a wonderful city with much more to be explored than we think. I am an explorer, I am always trying to find new places and experience new things, and that is what I have been doing in Munich since I moved here. In the past years I had the chance to discover surprising and unique things in this city, as well as, my favorite places and streets.

Some places tend to give us certain impressions, and here in Munich I have found streets that make me have a set of mixed feelings, some make me feel happy, relaxed, tempted; while others make me feel hungry, poor, rich and even curious. So I have selected my favorite streets in the city – some are famous, others many people never heard of – and decided to share my list with you and explain the reason why I like each one of them…

It’s a famous street in Munich, near the Englischer Garten, where you can find varied options of restaurants, cafes, bars and stores. It is also where the FC Bayern München fans celebrate a new championship title, and where the Ludwig-Maximilian University is located.

I like this street for being close to the Englischer Garten, because of its beautiful buildings, for being a less crowded place to shop, and for having what the Germans call “Allee ” – a street formed with trees on both sides – a beautiful and pleasant street to walk from beginning to end.

This narrow and short street is located in the old part of Munich, and regardless of its length, it’s a very busy street in town. Why? It is where the so famous Hofbräuhaus, the Hard Rock Cafe and the local football team’s official stores are located. But that is not the reason why I like this street, I like it because it’s pretty, busy and old, and still has the most fancy restaurant of the city, owned by the famous and renowned German chef Orlando Schubeck.

Located in the center city – behind Marienplatz – this street is where I love to go shopping and have a nice tea at the end of the day. It has expensive and affordable stores, fancy and casual cafes, not to mention the charm of walking here or sitting somewhere watching passers by.

This street is not famous at all, unless you live in the neighborhood. It has nothing but pretty houses – the few remaining ones in Munich, after the World War II – yet, enough for me to love passing by while walking Enzzo. What I wouldn’t give to live in this street: peaceful, beautiful and charming.

This street leads you to Marienplatz, and on both sides there are several stores varying from deco to the famous American brands Abercrombie & Fitch and Hollister. There are pretty passages and nice hidden restaurants, and at one of the street’s end there is the famous Sendlinger Tor – Sendling Gate – one of the oldest city’s gates, and the very much appreciated baroque Asam church.

This is one of my favorite streets in Munich to go shopping; its location is very strategic and it has basically everything you are looking for.

This is one of the four “royal avenues” of Munich, constructed sometime around 1891, being the address of the middle class during the reign of the Prince Regent of Bavaria Luitpold. The Prinzregentenstr. leads you to the center city, and in the middle of this wide avenue there is the famous Angel of Peace – Friedensengel.

The Angel of Peace

Mostly residential, this street has luxurious and old buildings, pretty cafes, hotels, and it’s where the famous local Delicatesse store and its restaurant, Käfer, are located. In addition, this street has also been the official private address of Adolf Hitler. No doubt, a very interesting street.

The most expensive street in town, the Maximilianstraße is the Champs-Élysées of Munich, and also another one of the four royal avenues of the city, named after king Maximilian II of Bavaria. It’s where all the famous luxurious brands reside, the important companies have an office and where the renowned Hotel Vier Jahreszeiten is located. Ok, this street makes me feel poor…

Now tell me, which one is your favorite?