When you think about traveling around Europe what is the first place that comes into your mind? Let me guess, Paris? Rome? London? Maybe Venice? Exactly. What you don’t think about is that Europe has a lot more to offer; and on the search for other treasured places, you need to give it a try and simply go.Have you ever considered visiting Scandinavia? Stockholm? If yes, then what are you waiting for? If not, you should.

Stockholm is simply one of the most beautiful cities in the world, it people are as welcoming as Latin Americans, its architecture is as amazing as Paris’, the city is made up of little islands and there are more boats than cars, and countless bridges. It is highly influenced by American culture and it is the home of Absolut Vodka. Do you happen to remember the famous band Abba? Do you know IKEA and H&M? Guess where they come from?

Yes! And there is much, much more than this…

Stockholm has over 2 million inhabitants, being the largest city in Sweden. It is built on 14 islands, which are connected by 57 bridges. There are approximately 24,000 islands and islets around it, and for this reason there are boats everywhere. The official language is Swedish and even though Sweden is a member of the European Union, the official currency is the Swedish Krona.

So if now you are considering visiting Stockholm, lets get planning!

The first time I went to Stockholm was during the fall, and the second time during winter. Believe me, there is a huge difference between both seasons. The biggest one is that during winter is very windy, I mean VERY windy. Another one is that in December, for example, you will only see the sunlight for maximum 6 hours per day, from 8:30am to 2:50pm!

During both stays I visited most of the main tourist attractions. Of course there are always our favorite ones, so here are my Top 10 recommendations:

it means Old Town in Swedish. The most beautiful and charming part of the city, which is located on a little island. On Gamla Stan you will find old buildings, lovely streets, cosy restaurants, bars, little shops that sell pretty much everything from souvenirs to expensive antiques, as well as the Nobel Museum and the Royal Palace.

Definitely a must see! It is a huge arena built in the shape of a globe, which has 2 panoramic elevators, that take you all the way up to enjoy the view of the city. Even if you are afraid of heights like me, don’t worry you will survive. Maybe you will even get lucky like I did and have the chance to watch a Hockey Game at the end of the visit.

This place is just amazing, from both the inside and outside, it has 600 rooms and some are open for visits, since it is a permanent pad for the Royal Swedish family. Its garden is infinite, a must see is the Chinese Pavilion. The Palace is on UNESCO’s World Heritage list and you can get there by car, bus and boat.

You cannot visit Stockholm and not go on board of a boat. There are 3 different tours you can choose from: Under the Bridges of Stockholm, the Royal Canal Tour and the Early Good Morning Stockholm Tour. They take between 50min and 2 hours. Any of them will allow you to have an overview of the city from the sea, and the views are simply breath taking. You will not regret.

I know that many people are not fan of museums – or ships. However, this one is worth the visit and I am sure it will surprise even the skeptical ones. The entire museum was built around a boat that sank in 1628, which is so huge that it can be seen from anywhere you are inside the building. Just go and you will see it with your own eyes.

The official residence of the King Carl XVI Gustaf of Sweden. It is located on Gamla Stan and you will notice it not only by its size, but also by its guards, which remind me of the British Royal Guards. You can enter the Palace, though I found it a little boring, it is much more fun to make pictures from the outside and relax on the benches in front of it; the view is amazing.

If you have some extra time, take half a day or more to visit one of the islands around the city. I had the chance to visit Vaxholm, which to me looked like a doll city, a little place to fall in love with. I walked around the tiny island and stopped at a cafe by the docks, facing the Vaxholm Fortress built nearby. I chose to go by boat and came back by bus, also an option.

It is an open-air museum and also where the Stockholm zoo is located. Unfortunately I did not go there during the day, as I went for the public New Year’s Eve party of 2012/2013. It was very cold and they did not sell alcohol, only tea and hot chocolate, but seeing the fireworks coming from the boats was worth the while! If you go all the way up, you will experience an amazing view of the city.

It won’t take much of your time and you will get to know the entire history of the Nobel Prize and see all its previous winners. It is important to mention that the Nobel Prize Ceremony does not take place at the museum, it normally happens at the Concert Hall.

If you are a photography fan you cannot miss this place. It is a photography museum, which hosts several exhibitions throughout the year. They also have a restaurant, a bookshop and a souvenir store. Highlight: the building has the shape of a ship. 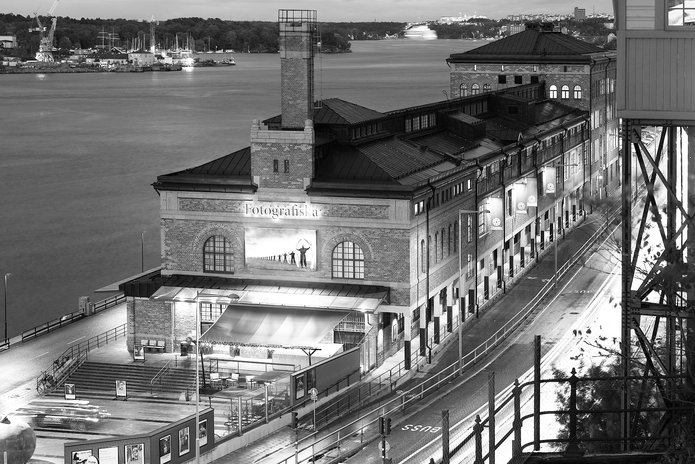 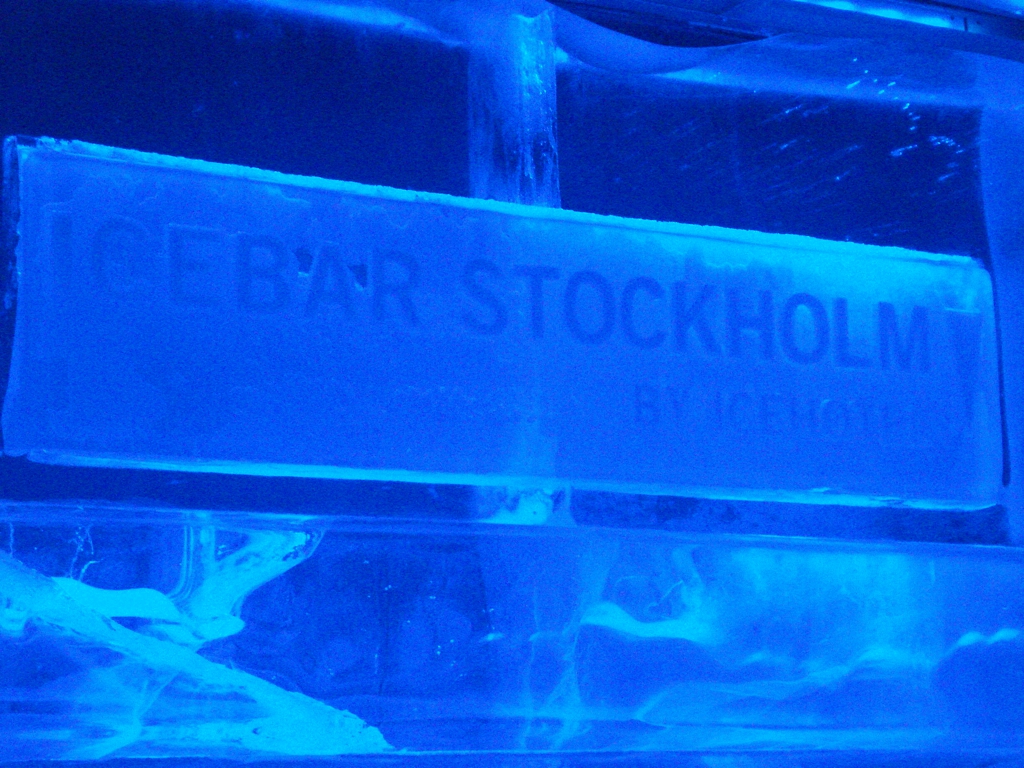 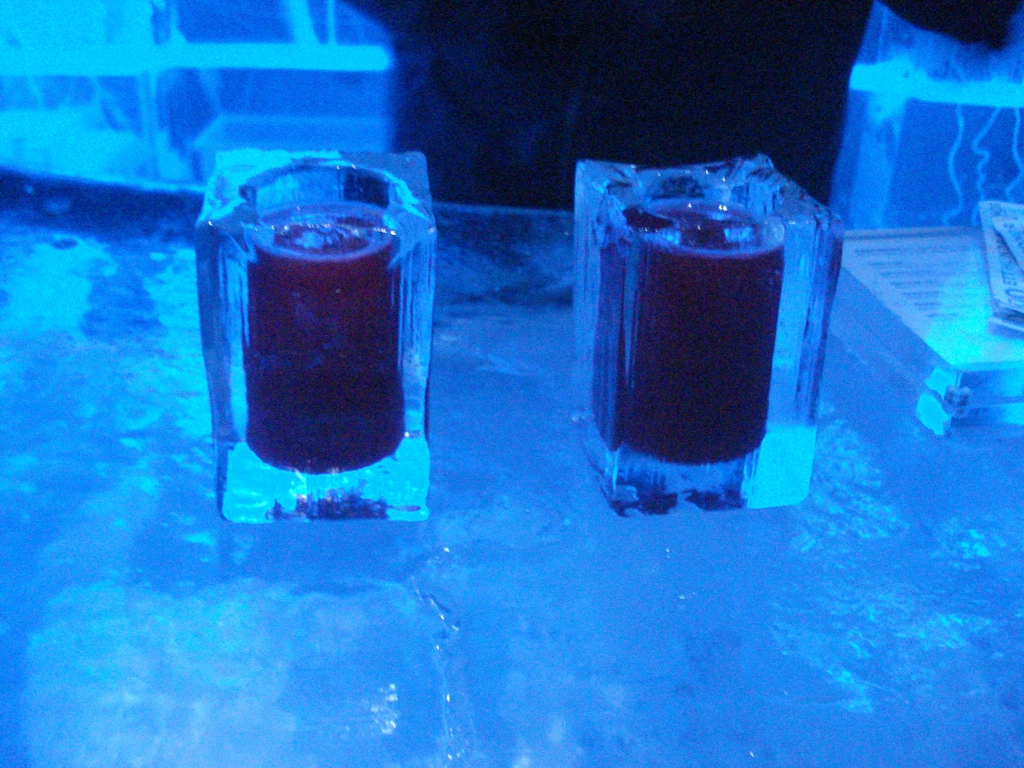 My most exotic eating experience was at a restaurant located on Gamla Stan called Djuret. It is a gourmet restaurant; so don’t go there if you are hungry. But if you appreciate food, you will not regret, in fact you will never forget! Book in advance and be prepared to eat meat, meat and meat; from pork to moose.

Another place to eat is at what it seems to be a common Italian restaurant, but if you try their filet you will see it with other eyes and will want to come back: Michelangelo, also located on Gamla Stan.

Crazy about chocolate? Looking for a cosy and romantic place to stop by and recharge your tourist batteries? Stop by Chokladkoppen and ask for their hot chocolate: they are served in a bowl and you even have the option to try a white hot chocolate: the best I ever had! Can I just go back there now?

The first time I stayed at the Best Western Time Hotel.

And the second time at the Mornington Hotel.

– Nothing. Except for the fact that the robe they offer as a gift was too big for me. Just joking.

Check out Åhléns, I am sure you will find something of your taste.

Stockholm has so much to offer that no matter how many times you go there, you will always find something that will make you want to return. Ready to discover this royal treasure by yourself? Then, lets get packing.