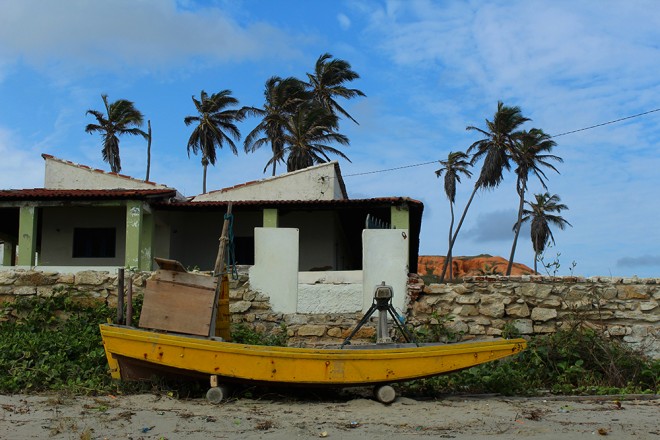 Brazil is a huge country, larger than Europe. The cultural mix is unbelievable, going from African to German influence. Each region has it’s traditions, that being with regards to food, drinks, dance or parties, and they can be very different from the other. However, there are things that every Brazilian consider as traditional of the country, and I am not talking only about football.

Being a Brazilian myself, I thought it was time to share with you a little bit more about my country, and decided to make a list of 20 traditional things you must do in Brazil. Some of the things on the list are pretty obvious for tourists, others not so much, but I can only say that after doing every item, you probably will understand the Brazilian culture and people better, and maybe even get the feeling of how is like to live in the country. 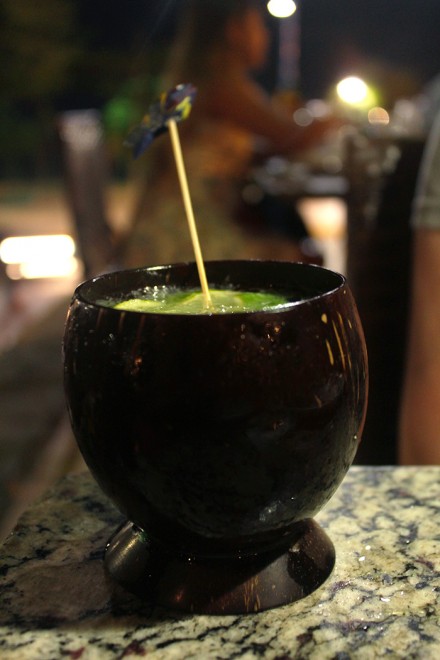 Of course, the most popular Brazilian drink should be on the list, and you can’t miss it. You will find caipirinha basically everywhere: restaurants, on the beach, at the bars, and at parties. Try in different places, and find your favourite.

Go to a churrasco 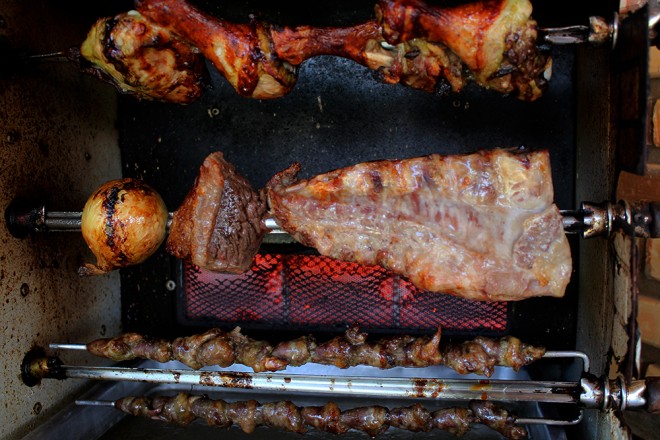 Churrasco is basically a barbecue, but like no other! The Brazilian barbecue means spending the day at someone’s house with your friends, listening to music, grilling meat, and most importantly: eating it with feijoada (Brazilian black beans) and farofa (toasted cassava flour mixture), some caipirinha and Brazilian beer.

Lie on the beach with a canga 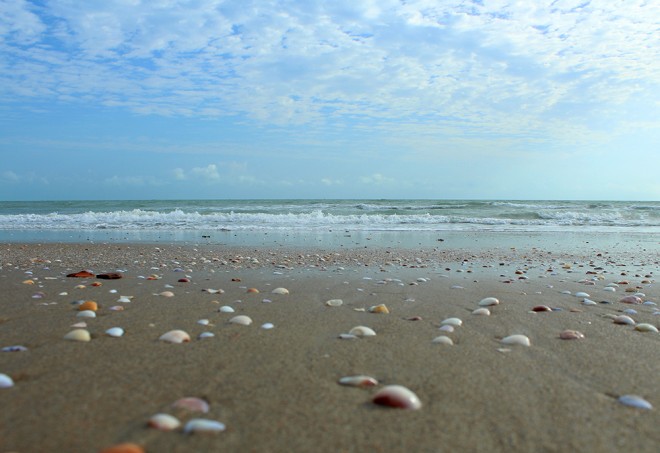 Find a beach as soon as possible and enjoy the sun lying down on a canga – a Brazilian beach towel, made out of thin fabric also used to dry yourself and as a satchel – on the sand. 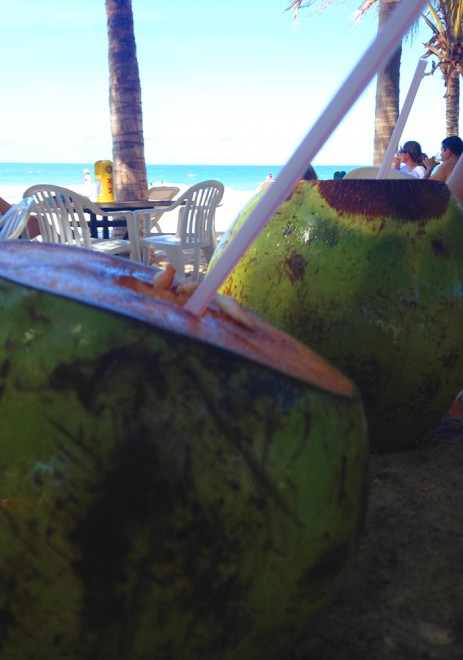 There is no coconut water like the Brazilian, trust me. Enjoy it by the beach, by the pool and freshen up with this sweet and cold water, which is even better if drank from the coconut with a straw. 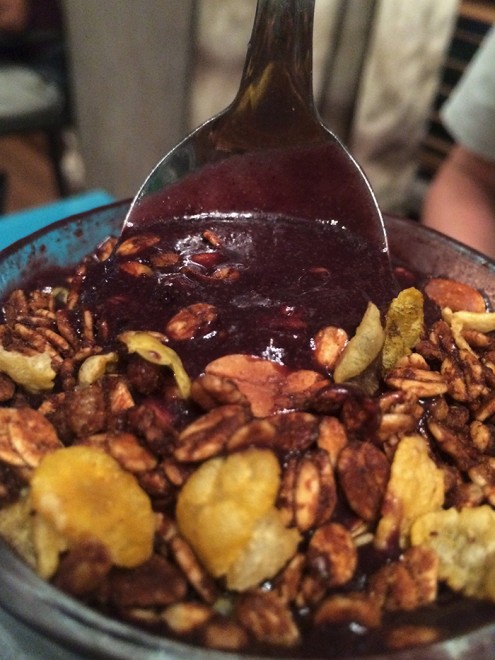 Açaí is a typical Brazilian berry, purple coloured, from the North of the country. It can be found almost everywhere in Brazil – I even found it here in Germany. It is full of energy, so be careful with the excess.

It normally comes in a bowl with fruits like banana and strawberry and cereals, or in a big glass, in both cases you need to eat with a spoon. It is creamy and should be served cold – if it’s not cold something is wrong.

Go to a Festa Junina 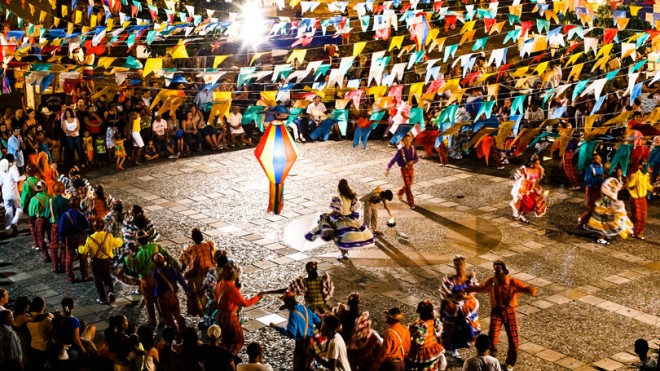 Festa Junina – June Party – as the name says, it happens in June in the entire country, especially in the Northeast region. It’s a typical festival that lasts the entire month, in which people eat traditional food like corn and other dishes made out of corn such as canjica, pamonha, corn cake, and much more. There are also some dance presentations – the quadrilhas – with people dressed up in traditional costumes, bands playing the typical songs of Forró, and even bonfire. 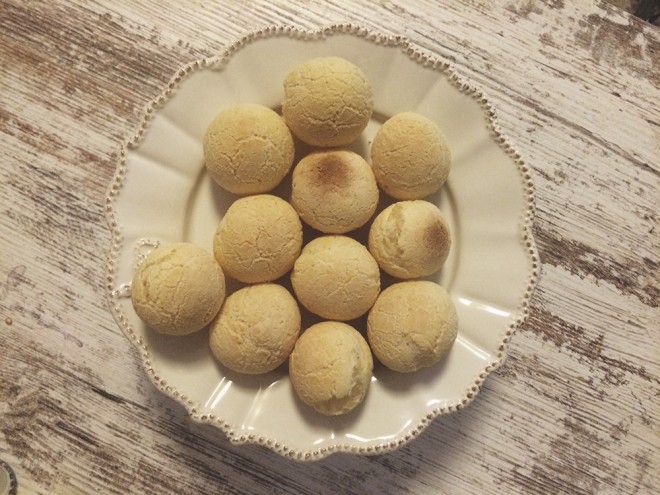 This is one of the most delicious things you will ever try around the world. Pão de queijo is simply a ball shaped cheese bread, normally eaten when still warm, as it melts in your mouth. It is a snack eaten at breakfast or in the middle of the afternoon, mainly with coffee.

Have a tapioca for breakfast 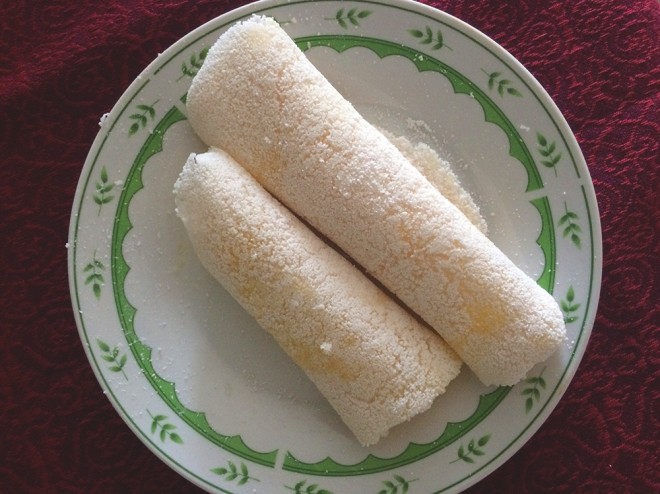 Tapioca is a very traditional food in Brazil, made with cassava flour, which is sticky. It is simply made on a pan in round form, and it is either eaten only with butter inside, or with other salty or sweet fillings, such as meat, cheese, ham, nutella, etc.

Go to a football game in the stadium 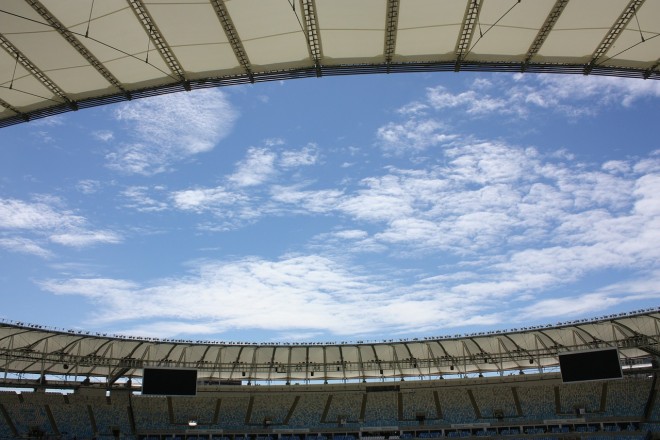 Football is no doubt the national passion, and there is always a game going on somewhere in the country. Even if you aren’t such a big fan of the sport, you must see how the Brazilians are like when they are watching their team play. Then, you will understand how big this passion is.

Guaraná is a fruit from the Amazon, filled with energy, its drink was named after the fruit and it is very famous in Brazil. Guaraná can be found naturally made or in cans, just as you find Coke, in the supermarkets, restaurants, etc. The latter is sweeter than the natural one, and now it is being exported to other countries, I have seen them here in Germany very often.

The biggest event in the country, and probably the first thing that comes into your mind when you think of Brazil. The Carnival is celebrated in different ways across the country, in Rio and São Paulo there are the samba schools presentations, and in Salvador and Olinda there are the most famous street Carnivals with Axé and Frevo. The annual event happens in February/March, 51 days before Easter. 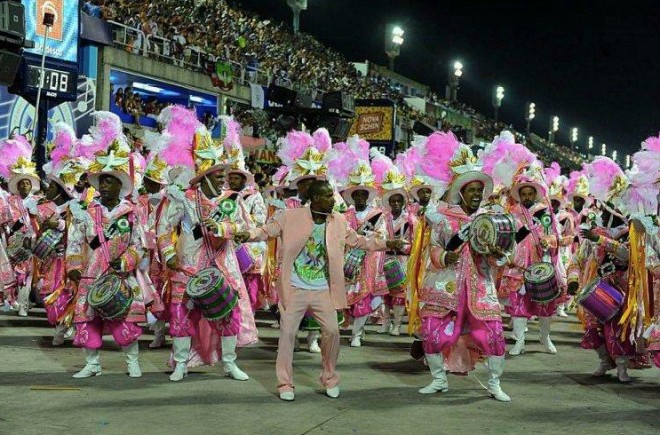 If you are not in Brazil for the Carnival, you can still get the feeling of it by watching a samba school rehearsal in Rio or São Paulo. They happen all year long every week and are mostly free, all you need to do is to contact the samba school you like. Here is a list for Rio and São Paulo. 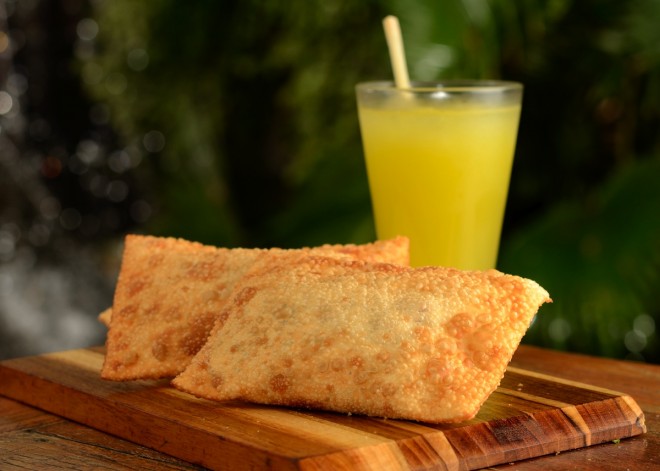 This is something very typical to do in São Paulo, but you don’t have to have both at the same time. Pastel is a salty pastry fried in oil, normally filled with for example cheese, meat, and other fillings; it is normally eaten as an afternoon snack.

In São Paulo a pastel already asks for a sugar cane juice, which is something very Brazilian and you definitely must try, it is sweet, strong and delicious.

Get some extra calories with Brigadeiro 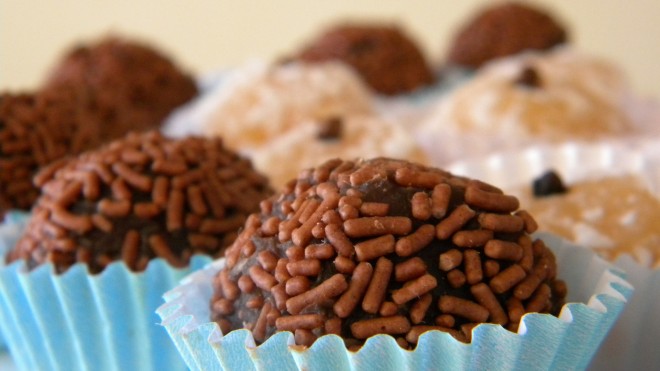 If you never heard of and never tried Brigadeiro in your life, you don’t know what you have been missing. Brigadeiro is a mixture of cocoa powder, lots of butter and sweet condensed milk (you can find my personal recipe at the end of the post… shhh it’s a family secret) cooked in low heat for half an hour or so. It can be eaten warm, but most typically they are served in mini balls toped with granulated chocolate. It is a sweet and thick chocolate mostly seen in birthday parties and weddings.

Get a Fita do Bonfim (wish ribbon) 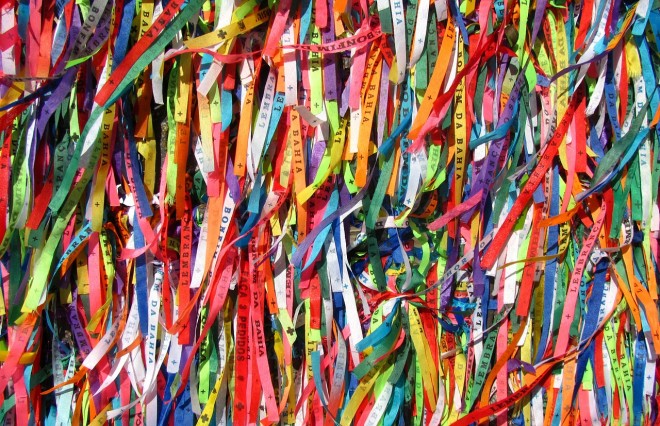 Fita means ribbon, and Bonfim is the saviour of Bahia – or Jesus Christ. The tradition of this wish ribbon first appeared in Bahia, in 1809. It is 47cm long, the correspondent size of the right arm of Jesus Christ’s statue found at the church Senhor do Bonfim, in Salvador, Bahia.

This ribbon is a lucky band used on the wrists or ankles, it is found in different colours with the message “Lembrança do Senhor do Bonfim da Bahia” or in remembrance of the saviour of Bahia. The tradition is to knot it 3 times, and for each time you should make a mental wish. It is said that once your band naturally breaks, your wishes will come true!

Buy a pair of Havaianas 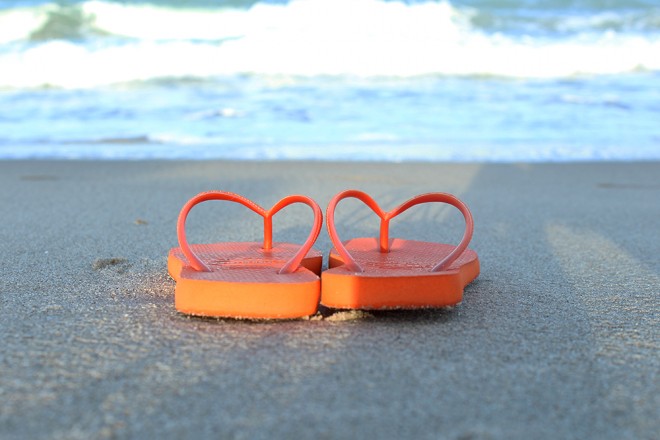 Every Brazilian owns at least a pair of Havaianas. They are found in several colours and special editions, from cheap to very expensive, from simple to fancy ones. It is probably the best souvenir you can buy in Brazil.

Play football on the beach 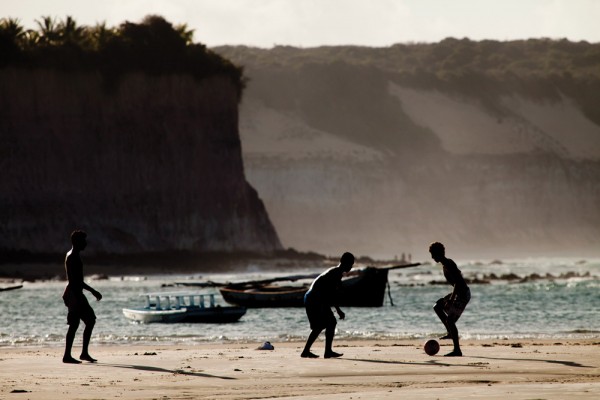 No need to be professional, but playing football on the beach is one of the most Brazilian things you will do, and it’s fun!

Lie and swing on a hammock 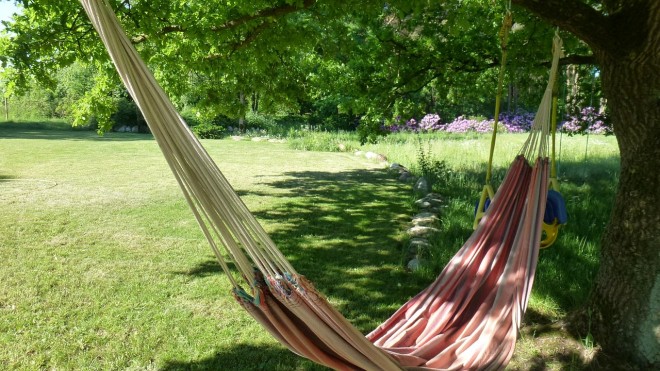 You have probably lied on a hammock before, but what you don’t know is how much this is typical in Brazil. Especially in the Northeast and North region of the country, where having a hammock at home is a must, and it is one of the things I most miss from Brazil.

This tradition came from the native aboriginals, who already inhabited the country before the colonisation period, and today it is something as normal as having a bed at home. 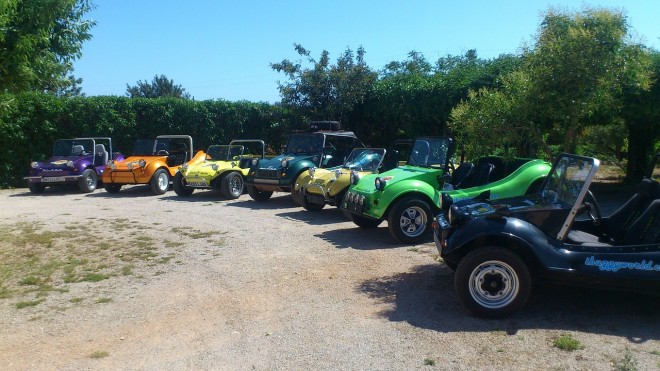 Beach buggy is very popular in the Northeast region of Brazil, where it is possible to find dunes by the beaches. You can either take a tour, or rent one. It is a very fun and traditional activity in the country’s beaches, and a nice way of exploring them.

That being samba, pagode, axé, forró or funk – I know, so many weird names – go dance among the Brazilians and learn from the best!

1 can of Sweetened Condensed Milk (this is the most important ingredient, so make sure you get the right one)

1 Tbsp of Margarine (no salt)

In a small sauce pan, in medium heat melt the butter, add the sweetened condensed milk and the chocolate powder. Mix with a wooden spoon, and don’t stop mixing until the mixture starts to thicken and come off the pan, which takes around 15 minutes or more. Then, it’s ready!

My secret tip is: be patient and don’t stop mixing!

Wait for the mixture cool down a bit if you want to eat it on a bowl, we call it Brigadeiro de Panela (pan’s Brigadeiro) 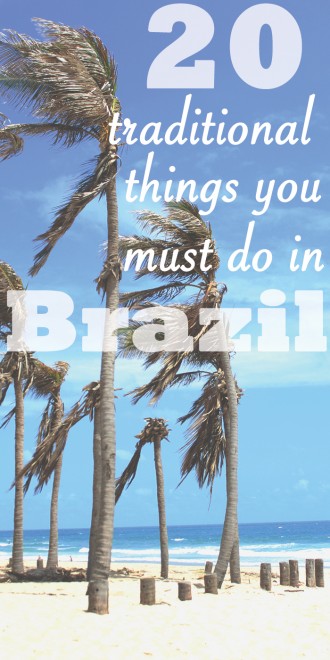